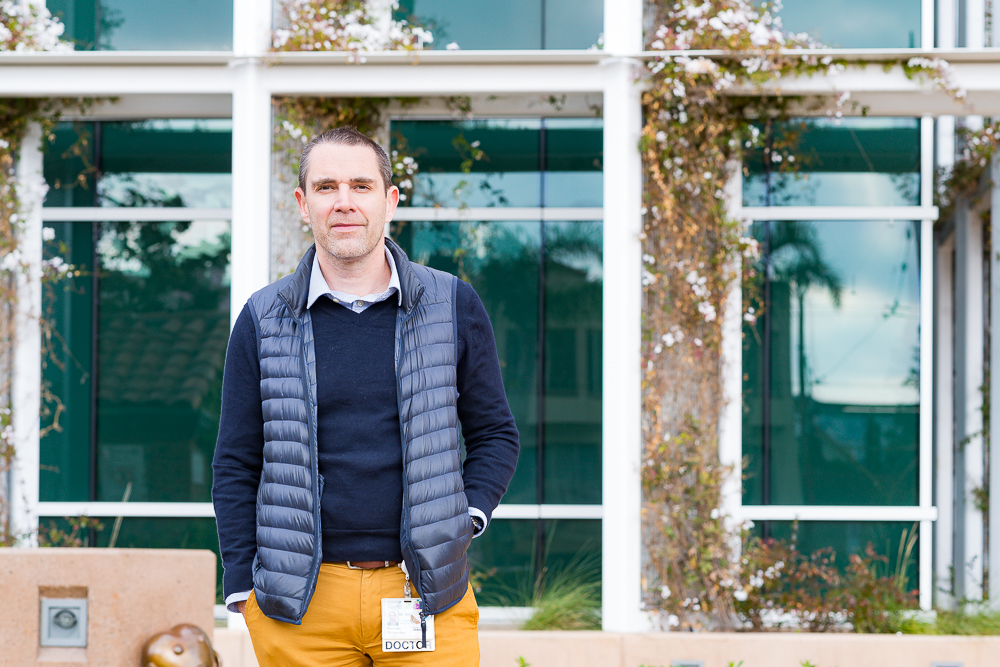 Last April we interviewed Romain Pirracchio, Professor at UCSF and Head of Department at Zuckerberg Hospital about the Covid19 in San Francisco area. Today, the famous “Californian miracle” seems to be fading. The number of new cases being really high on July 8, 2020, we asked him to give us an update on the local situation.

There was indeed a fairly significant increase in cases and hospitalizations about ten days ago, with multi-factor causes notably linked to the epidemic at San Quentin prison in Marin County but also due to a certain number of Covid19 cases detected in San Francisco shelters. But in comparison with the rest of the Bay and especially the rest of California, San Francisco remains largely preserved ; we are far from the most affected cities in the United States, and we remain in a favorable position compared to others. We had been alarmed by the rapid increase but finally it was settling again, no new deaths for a week. It should be noted that these July figures never reached those of the first weeks of the epidemic.

How do you analyze the fact that the city of San Francisco is spared? Do you confirm that the enduring containment has something to do with it? Do you have other external factors?

Several factors are at play, including a form of confinement that lasts a little longer in San Francisco, not necessarily for reasons of decision but for reasons of fact: San Francisco is a place where in the Summer people are less likely to self-deconfining. For example the bars and restaurants being still (unfortunately for them) closed we feel less the impact of this Summer period in the City than in the South of the Bay. The urban character of San Francisco County means that the impact is less significant.

And there is always the importance of remote working which implies, among other things, a limited usage of public transportation… We must remember the major blocking impact of confinement around the world.

Do you have an explanation for the delta between the record number of new cases and the decrease in deaths?

There is probably a major explanation if we compare the relationship between cases and the number of deaths at the start of the epidemic or at least in April / May and now; this difference is largely explained by the increase in testing capacity. As we test a lot more, we can test people who are asymptomatic compared to March / April when we only tested people in the hospital.

Among these very sick patients many developed severe forms and potentially died while now many asymptomatic cases are diagnosed.

You had raised with us the possibility of herd immunity in the Bay Area, the population having been exposed to the virus without knowing it at the end of 2019, do you confirm?

At present, the investigation into the date of appearance of Covid19 continues on a global scale and if we know that the virus circulated before the start of 2020, there is still work to be done. As far as collective immunity is concerned, the work is not to my knowledge, in favor of this hypothesis.

We talked a lot about the ethnic origins of the affected populations: with hindsight, the number of tests carried out … is this confirmed?

There is a fairly clear and unfortunate point that the most disadvantaged socio-economic categories are affected more disproportionately with regard to serious forms. African-Americans in particular are more affected in those severe forms and thus in deaths. This most likely reflects an injustice in access to health care and therefore a previous state of health and a greater vulnerability to infection.

Where are we to-date with vaccines and drugs?

Regarding treatments, some adjustments were made over time, refining strategies that seemed to be the most effective or in any case less harmful than others, but there was no real therapeutic revolution.

As for the vaccine, I am not close to these researches to answer this question as accurately as possible, but it does not seem that a vaccine will be available very soon.

What do you think about wearing a mask? Is this a good solution?

It is THE SOLUTION on a collective scale until we have a better one, probably until we have the vaccine. Obviously, the barrier measures have proven to be effective. Wearing a mask, hand washing, social distancing and limiting prolonged presence in confined spaces are four things that are essential until an immunity measure like a vaccine is available.

I strongly encourage people to scrupulously follow these measures, and in particular concerning the wearing of the mask. I would like to clarify that it is a question of wearing it properly, namely that it must cover from the bridge of the nose to the mouth.

What exactly does the brand new WHO statements say the virus could be airborne / airborne?

So far it is estimated that the Covid19 virus is transmitted via micro-droplets that are emitted by speaking / breathing / coughing etc. and which fall down fairly quickly. Airborne means that the virus could remain suspended in the air and live there independently. Work is actually underway to invalidate or confirm this theory.

If confirmed, this would imply entirely different levels of contagiousness and would require completely different protective measures, especially for nursing staff. The results of the work in progress should be known in the coming weeks.

Is it really useful to take a test 3 days before returning to France for instance to visit one family?

It is reasonable to be tested but it must be kept in mind that there is no magic strategy and no absolute answer. It is therefore absolutely essential to maintain the barrier measures before being able to get to the quarantine if one visits people at risk (65 and over as well as people with chronic pathologies).

Since our county of San Francisco is still confined because of Covid19, we look towards France’s successful re-opening… Why such a difference?

There are several reasons: first of all, there is a time difference between France and the USA. Then there was no uniform strategy in the United States while there was one in France. In France, we are leaving a global confinement of the country while in the United States we are leaving with certain states of local confinements, and certainly not for the whole country. The strategies have been very heterogeneous, so we have a control of the spread of the virus which is also very heterogeneous too. In addition, when you are in a state like California that attracts more people in the summer, the virus is easily imported by visitors coming from other states where the virus circulates more because the containment was less strict.

The curve never went up in San Francisco. Do you think that can still move?

It is very difficult to predict since San Francisco is still relatively confined… Who knows what can happen when we are going to re-open with people in the street, restaurants, public transportation… so no prediction.

A glimmer of hope ?

Yes the glimmer of hope is to see what happens in France, even in Europe where the re-openings have so far gone well overall without major relapse. Here it will take a little longer …

Festival - A Week of French Language Cinema (EN subtitles)
The Art of Burning Man at OMCA in Oakland
Cine club and workshops for teenagers thanks to Ronald Chase non profit
Did you know Lawrence Ferlinghetti had French roots?
Thanksgiving - 4 Exclusive Dessert Recipes
Consulate of France in San Francisco new address