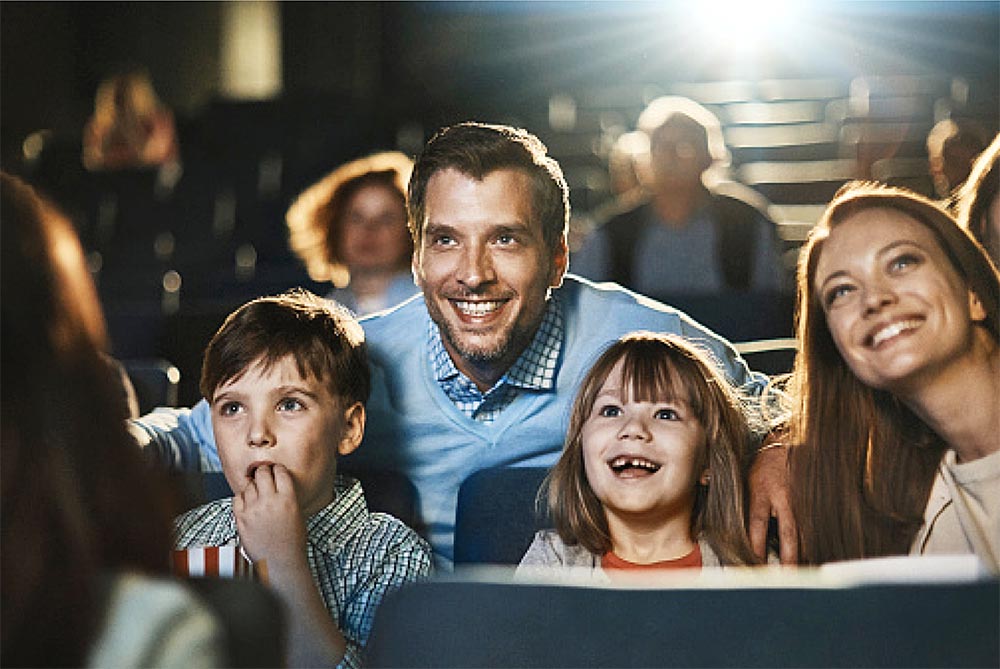 What better and more convenient way to progress in a foreign language than to watch films or series in their original version?

This is probably what you did if you challenged yourself to speak a foreign language different from your mother tongue.

And why not proceed in the same way with your children… For example, offer them a meal tray in front of the TV set with the family on a regular basis, and thus combine learning with pleasure; watching films or series is a complementary way of maintaining or learning French when living abroad.

This allows total immersion in the language and also invites children to discover and memorize new words, whether in relation to the topic of the film or in relation to the scope of language used. It also let them improve their oral comprehension by hearing native speakers with their different intonations, speeds, and accents.

Finally, French films sometimes reflect aspects of French culture; by watching a film, children learn a little more about the way of life, the architecture, the habits, the geography… It may seem trivial to you, but by watching films with my own children, I realized that there were a lot of references that they didn’t have: the yellow car of the postman, Montmartre, the old port of Marseille, the Tour de France, the Promenade des Anglais in Nice, the jingle of the news show at 8 p.m., the bouillabaisse, dental floss…

Watching movies is an opportunity to have a good time with your family, to share a new experience. In addition, this activity improves the acceptance of this learning by your child.

The choice of films

Where to find films and cartoons in French

Some animated films for children

* Here is an idiomatic expression that your children will surely not learn while living in the United States, meaning “let’s go to the movie theater“.

Find Emilie’s precious advice for the education of your bilingual children in the Education section of MerciSF.com