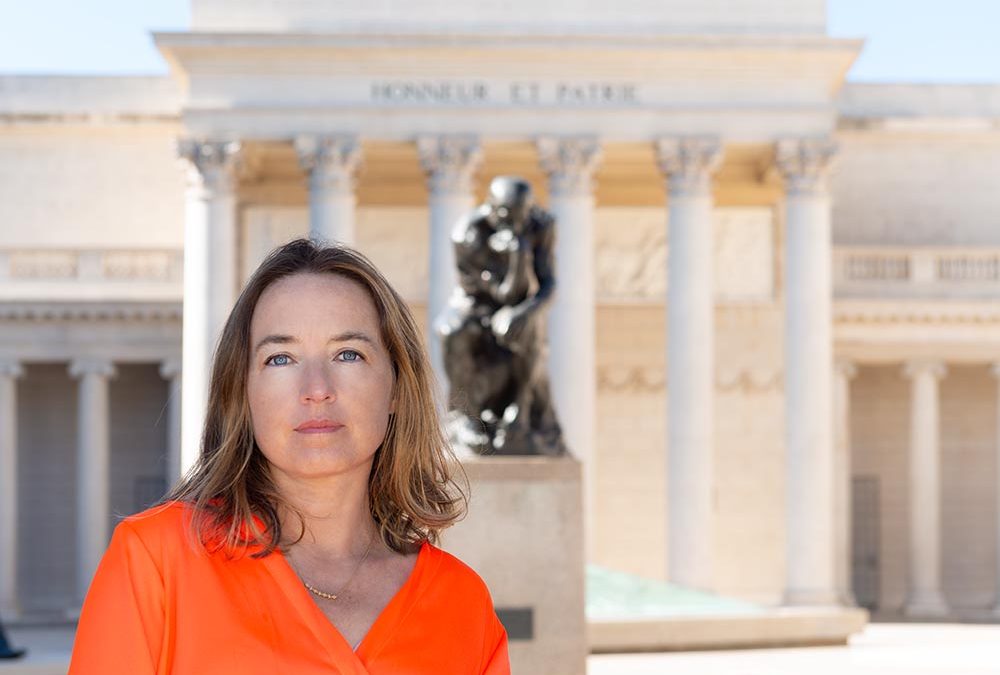 To well-born souls, value does not wait for the number of years: this famous quote by Pierre Corneille sticks perfectly to Emilie Nolf, educator specializing in bilingualism and recently honored with the Academic Palms (a.k.a Palmes Académiques).

It always sounds like this type of award is given at the end of one’s career, but Emilie Nolf, in her early forties, proves the opposite.

Her educational credentials are firmly in place even though she started her studies at university in law and management. But her desire to teach came at the end of the third year. She completed her fourth year, but at the same time, decided to take the teacher examination.

It might be genetic as her mother ended her career as an inspector of National Education.

She could have continued in this direction, but she was offered to head a Kindergarten in the suburbs of Lyon. She found herself immersed in an environment that was not only bilingual but completely multilingual. She had to bring together the local population and refugee populations of the Balkans and Eastern Countries. 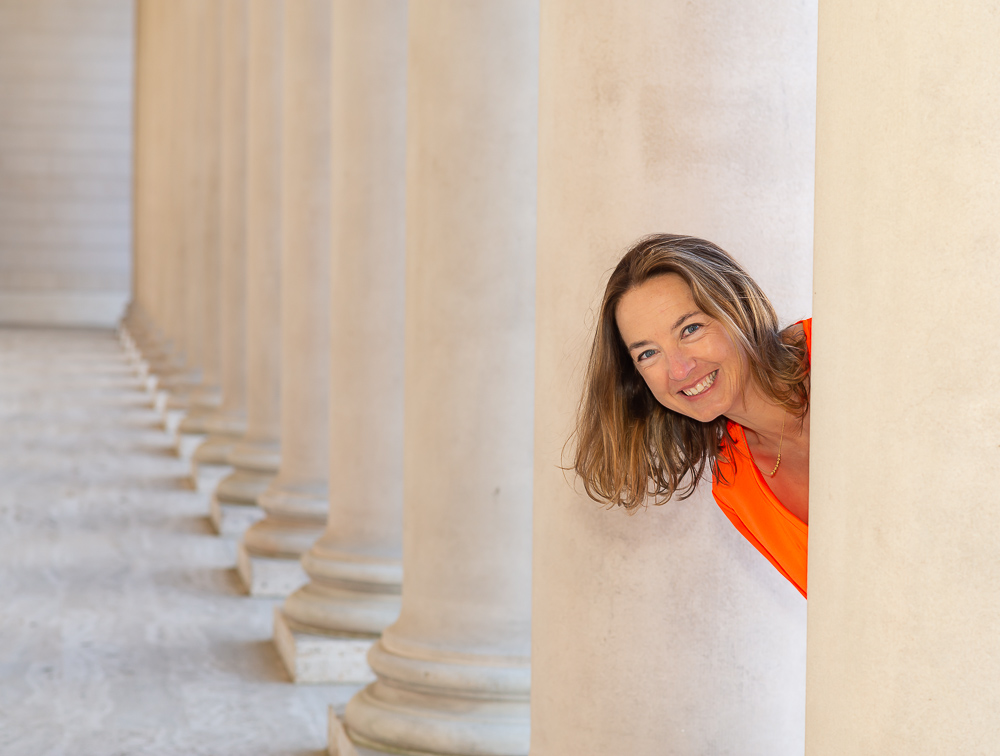 In parallel, she received a diploma to become a master trainer supporting young teachers in their class or during training at the National Higher Institute of Teaching and Education. She focused on practice analysis, working in partnership, and inclusive education.

In 2017, her husband’s professional life disrupted the routine, and the family moved to San Francisco Bay.

Emilie then moved abroad with a background as a teacher, Kindergarten school director, master trainer, and mother of four children who did not speak English.

She tells us: “When I arrived in the United States, I thought I understood bilingualism thanks to this experience with populations whose mother tongue was not French. I realized that I was far from grasping what bilingualism implies: beyond speaking another language, it is also making the bridge between one’s culture of origin – French in my case, the culture of the host country but also the mixed culture that results from all of this.”

So here she is, relocated to Silicon Valley with children in the American school system.

In 2019, she decided to take the role of educational coordinator of FLAM USA.

The FLAM (Français Langue Maternelle) is financial support intended for non profit offering linguistic and cultural activities in French in an extracurricular setting to French or dual-national children educated in a language other than French. It operates under the aegis of the AEFE, the Agency for French Education Abroad. To date, FLAM USA brings together 16 associations, including two in California based in Sacramento and San Diego, and it regroups 3,500 students.

Emilie’s role is to lead the team of coordinators, organize teacher training, and facilitate the development of associations across the 50 states.

When she talks about her mission, Emilie declares, “To be a trainer is neither to be a judge nor a model, it is above all to help the novice or experienced teachers to analyze their practice, even if sometimes it is necessary to provide them with professional advice, and directions to help them to evolve. Training is also the opportunity to learn about yourself and your teaching profession, to learn continuously.”

She adds, “I like to share because, by training teachers, the multiplier effect is immense; for example, by training 15 teachers on inclusive education, this is a large number of children who will benefit from it.”

Shortly before confinement, she created with great success the Ateliers d’Emilie, a distance French teaching school for children from 1st to 5th grade. And since the days seem to have more than 24 hours for Emilie, she finds the time to lead an association called French Bridge through which expatriate teenagers can break their isolation, talk, and set up projects with other French-speaking teens.

When asked what it feels like to receive the Academic Palms, she replies, “I was surprised! I didn’t know that FLAM had requested this award for me. Today, I am proud and even more honored to have received Academic Palms in the particular context of bilingualism.“

At MerciSF.com, we broadly share the enthusiasm of the President of FLAM USA about Emilie Nolf as we know her well; she’s our contributor to the Education section of MerciSF.com!

We strongly recommend her section if you have a French-speaking child educated in the American system who wants to improve or maintain his level of French.

The Beacon Grand Hotel reopens with a French Twist
Movies in French - New French Shorts 2021 (EN subtitles)
Should you buy your plane tickets for summer 2021?
Exploring Borders, an audacious project supported by the Villa Albertine San Francisco
We were at LA SOIREE, the French-American Chamber of Commerce Gala
French movie - La Haine is on Amazon Prime US