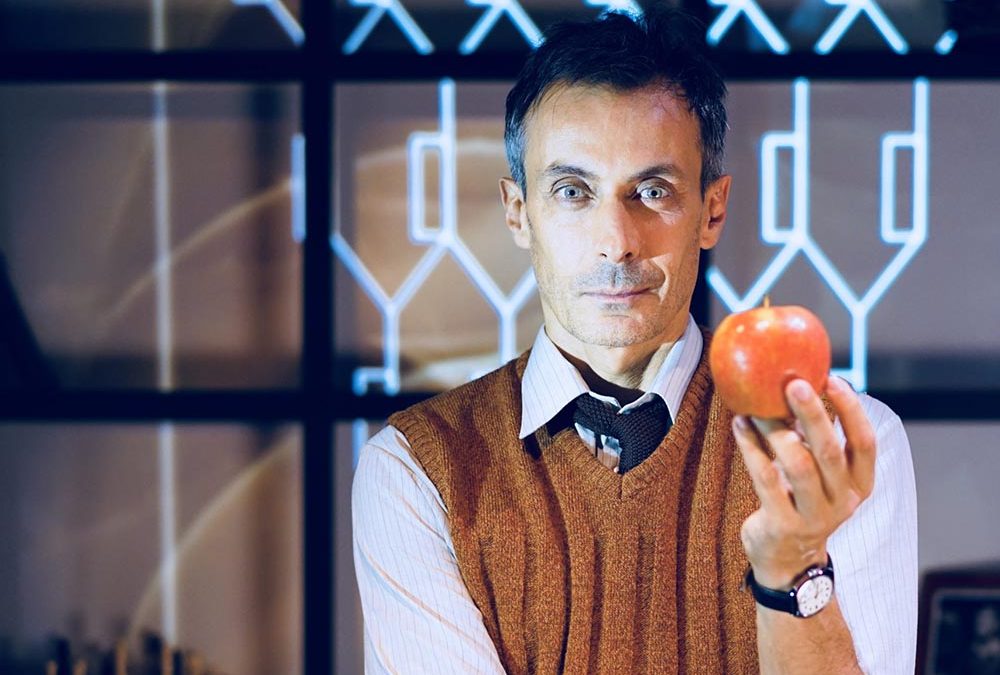 (Post updated on Oct 19, 2022) Benoit Solès is the author and main actor of the acclaimed play La Machine de Turing. He will be in San Francisco performing at the Theater du Lycée Français on Nov 4th, 2022. The play got multiple awards, and Benoit Solès got awarded Best Actor Molière.

Why did you choose Alan Turing’s story?

It was precisely the delta between the importance of Turing’s heritage, what he bequeathed to us and the fact that he had been forgotten for so long, that attracted me. 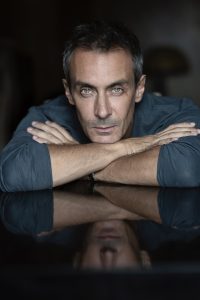 Alan Turing marked the 20th century. He is the inventor of the computer and modern decryption. All this gave birth to the Enigma machine during WWII. This one invention saved thousands of lives. But apart from the scientific community, he was completely erased from collective memory until its “royal pardon” granted in 2013 by Queen Elizabeth.

Ten years ago, I clicked on a web page that talked about him, I was overwhelmed by his personal choices, his tragic end, this crazy suicide as a tribute to Snow White …

I started writing my play when I learned that a film was being done, so I left my project aside for a while. But when I watch the movie “The Imitation Game” by Morten Tyldum with Benedict Cumberbatch, I saw that there was some space for my story.

This really good film is mostly centered on the scientific part of Alan Turing story but not on the confusing character. This precise aspect is hardly mentioned in the film. His “gay” nature greatly influenced his tragic end. Let’s say that my play is divided between an activist and an artistic project.

By writing the play, did you remain faithful to the history of Turing?

When you write about a historical figure, you remain faithful to the elements of his biography. My main sources were the excellent book called Enigma written by Andrew Hodges and also the play Breaking the Code by Hugh Whitemore.

But I still granted myself a small poetic license with the character of Ross (played by Amaury de Crayencour) by developing a relationship between Alan Turing and Ross, the policeman.

I often quote Alexandre Dumas who said “True, I have raped history, but it has produced some beautiful offspring”.

In return his relationship with Arnold, the unemployed young man met by chance is true. The misunderstanding for a stolen banknote and the housebreaking did exist.

What was the aspect that most interested you in the character of Alan Turing? His genius, his eccentricity, his destiny?

I was fascinated by the whole story, by a character who tends to this point between genius and purity, between strength and childhood. He is totally human, but he is also a kind of “supra character”.

His story triggers existential questions, like wanting to understand how a brain works…

You were fascinated by this character, and yet you do not have scientific background?

It’s true, I have a literary background. But Turing saw mathematics differently from the others: he saw them as something beautiful, philosophical.

By coming to San Francisco, is it the first time that you perform outside of France?

The play has already traveled to Tel Aviv, Seoul, and Papeete … And now it is being translated to be performed in Spain, Germany, Argentina, and Canada.

This piece was an extraordinary success! It has been played in Paris at the Theater Michel since October 2018 without interruption, and we are on the biggest tour ever seen in France to date with nearly 700 performances.

We have scheduled one performance in San Francisco, and two in Los Angeles.

The success of the Turing Machine changed my life. But I don’t consider myself an author, I’m an actor and the more I play, the happier I am!

I heard that you are working on a new project.

It is true and chance does things well. During my stay in San Francisco, I will take the opportunity to deepen my research on Jack London because he is at the center of my next work. Coming to San Francisco will be a bit like a hyphen between Alan Turing and Jack London.

Benoit Solès is a complete workaholic who does not want to be confined to writing, performing on stage, for television, and in movies but he is also a municipal councilor in Paris. He does not want to be one of these navel-gazing actors but he wants to be a contributor to society as well.

The play will be performed with Benoit Solès and Amaury de Crayencour in French on November 4th, 2022  at TLF San Francisco. Tickets here.

Meowtel Cat Sitting Service is far from being a pet project!
25th Anniversary of SantaCon San Francisco
The Summit of the Gods, from Popular Manga to Animated Film
The Beauty and the Beast by Jean Cocteau set to music by Philip Glass
One65, a gastronomic space like no other, opens on May 16th!
TLF San Francisco - One Flew Over the Cuckoo's Nest (in French)