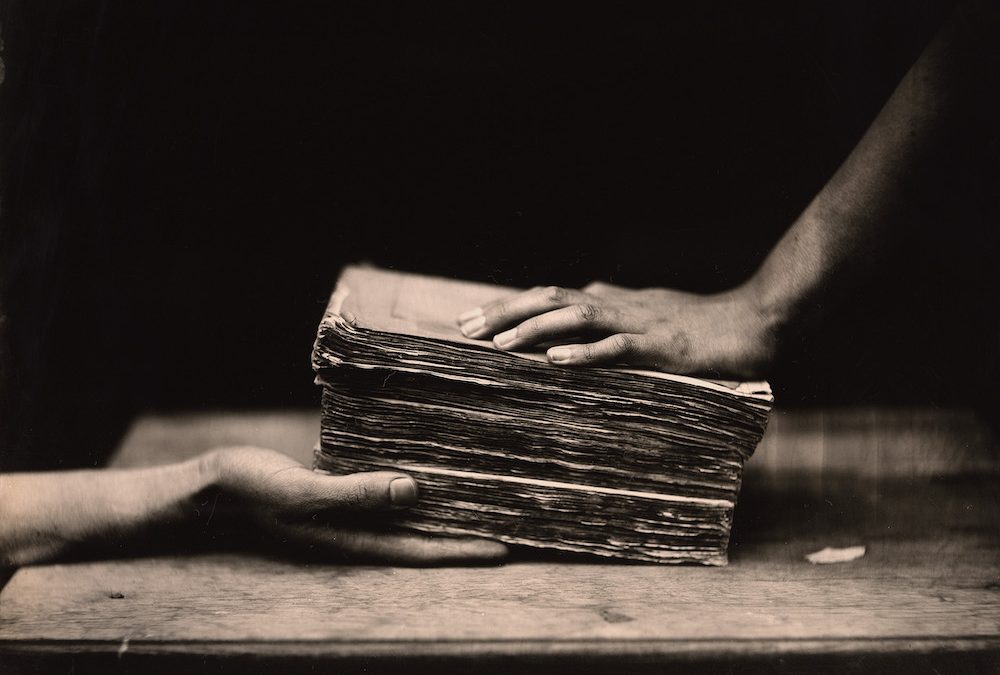 Eric Antoine, French photographer presents his new body of work Even Ghosts Get Lost at the Dolby Chadwick Gallery in San Francisco. 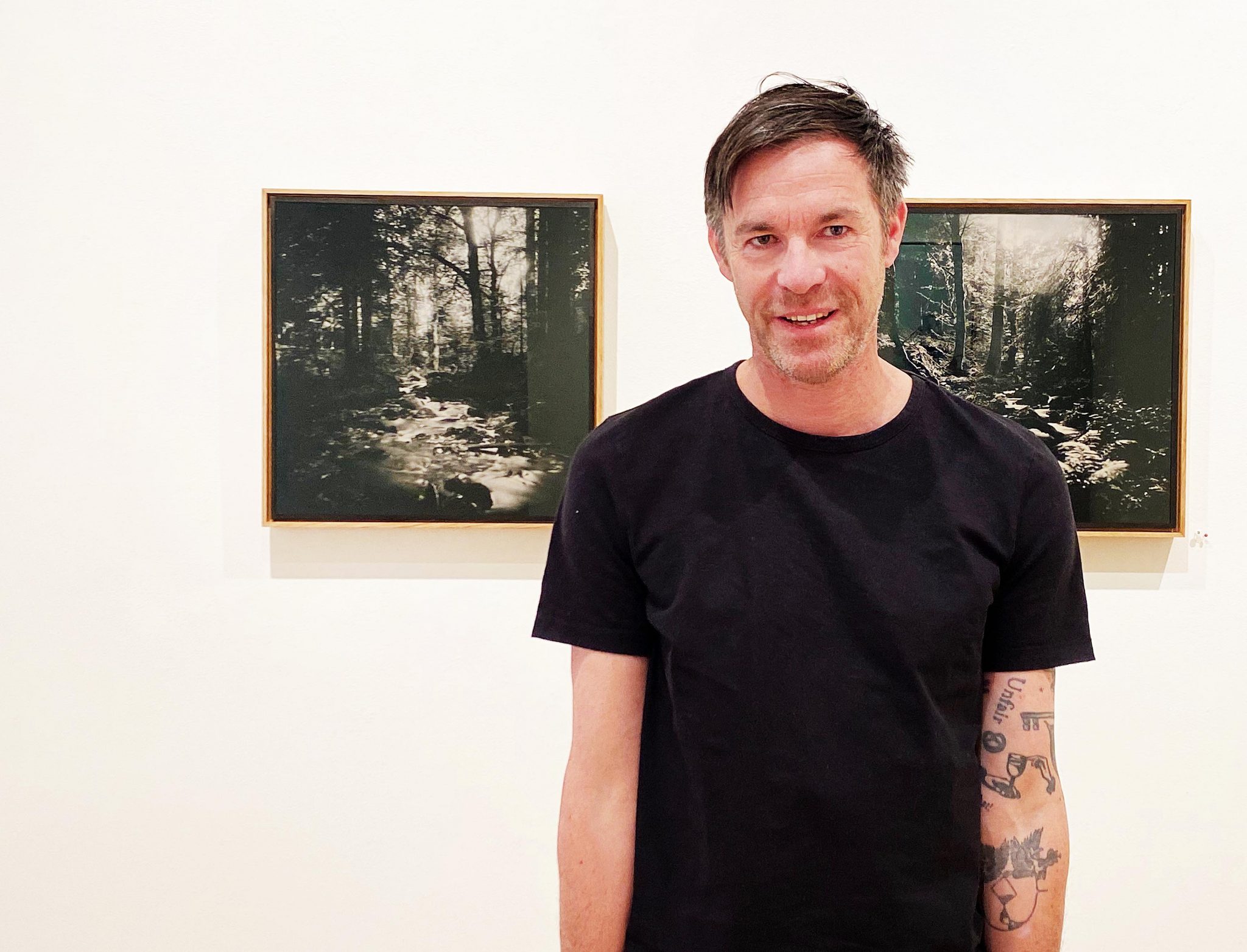 We just discovered his work and it is a real favorite. Meeting Eric Antoine in person was an eye-opener as the artist gave us the keys to better understand his work.

Eric Antoine is a self-taught photographer, skater, and formerly skate photographer, yet in 2010 following a dramatic event, his life changed and he retired from the world. Literally. He settled in the depths of a forest in the Est of France and tried to survive.

It was then that he approached photography as therapy and tackled wet collodion, a 19th-century technique. In a nutshell, it involves taking photos with a view camera, on glass plates coated with chemicals (collodion) which must then be “developed” within 10 to 15 minutes of the shot. This involves staying close to the photo lab.

Thus, for five years, he only photographed within a radius of 100 meters around his house. He mainly photographs still lives, in a repetitive and obsessive way. Sometimes humans appear in his photos, but only partially: we only see limbs which in fact become objects.

He (gently) resents the fact that the technical aspect of his work is too often mentioned, even though he recognizes that it is inherent to his work. But he insists on the fact that the essence of his explorations is elsewhere: it is in the symbolism and in the poetry of the images.

The beauty of having met Eric Antoine is that we were treated to his live comments. He shared part of his symbolism, his vocabulary. 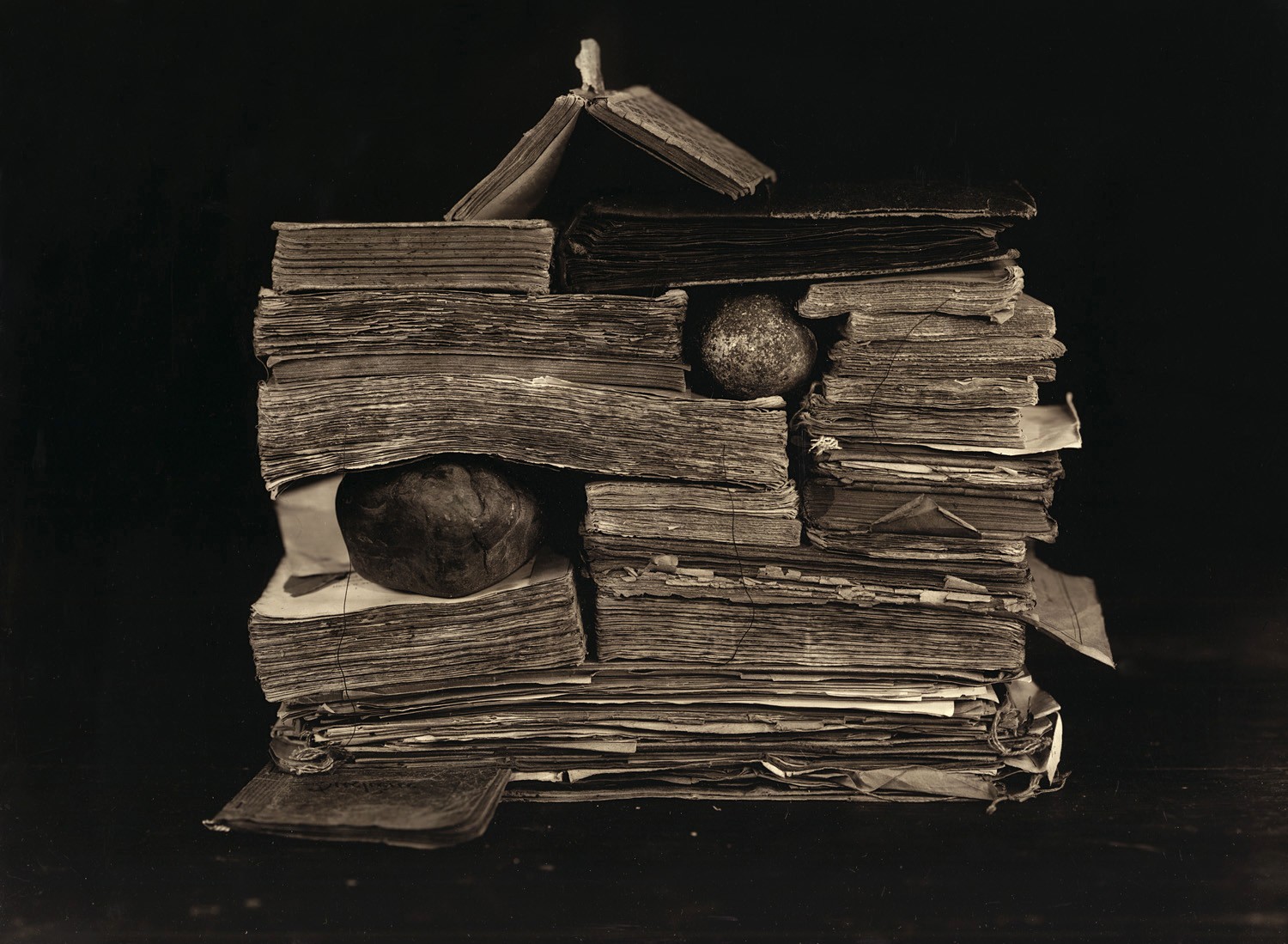 For example, in his series Les Cerveaux, he explains that the black balls and the stones represent worries, obstacles, the pages of the books are linked to a well-defined episode of life, piling up on top of each other to tell the story of a life, his own or someone else’s. If you tell him your story, he may make a quick sketch of it and then “build” a photo that will “write” the story of your life. He thus developed his own language.

There are also “his” trees that he constantly photographs, those in his forest to which he returns each season, and those further afield… Sometimes he ventures outside of his home to photograph olive trees. For this, he set up a photo lab in a van in order to be able to develop his photos on-site, constantly using this timeless technique.

Similar to Félix Thiollier or Edward Steichen, 19th-century photographers who inspire him.

But Eric Antoine still lives with the times and claims to admire the filmmaker Tarkovsky or the photographer Jérémie Lenoir. He fears that the public will find his work outdated, but he has had real success in San Francisco and two-thirds of the pieces on display have already been sold!

Perhaps it is his geek/technical side that seduces Silicon Valley buyers. We were impressed by his permanent artistic quest, his quest for passing time, where he aspires to eliminate everything that is figurative. He is aiming more and more towards minimalism. A bit like his way of life… “slow living”, a resolutely modern trend.