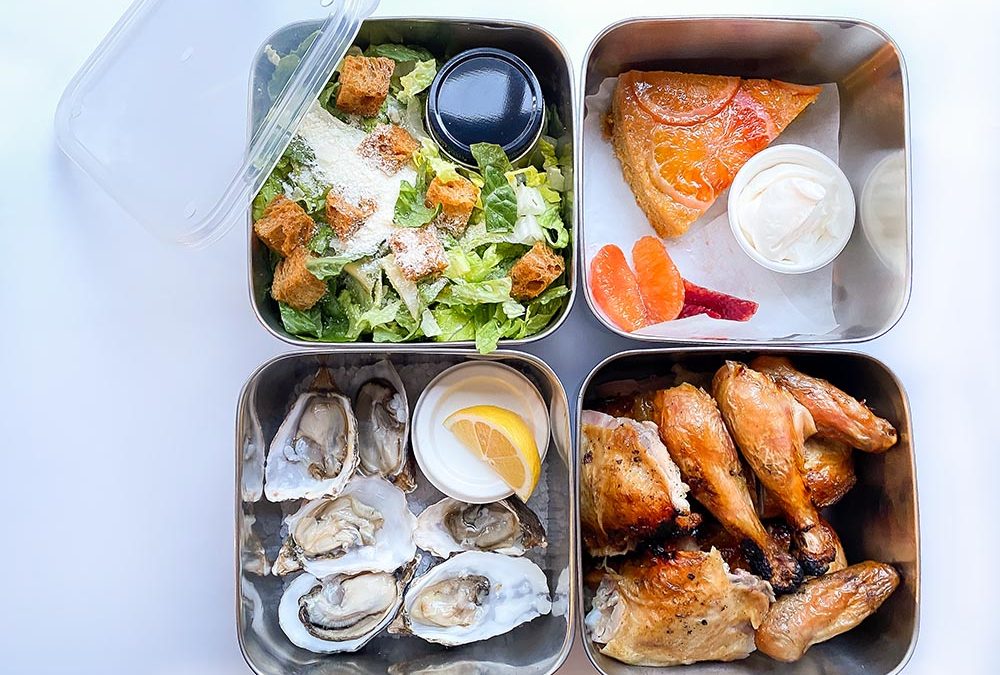 Early December, we reported about Dispatch Goods, a start-up that provides an alternative solution to take-out, single-usage food containers. While raising a significant level of interest, we decided to visit one of their major clients, the Zuni Café, to see how it goes.

Since December 2020, this (almost) French restaurant* has decided to support 100% of its take-out business to Dispatch Goods reusable containers … And Zuni takes it seriously; even their cocktails are delivered now in glass jars that will be collected, cleaned, and reused over and over again! 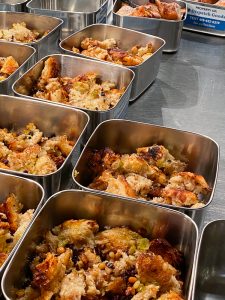 While talking to Head Chef Nathan Norris, who has worked at Zuni for 16 years, we discovered a very engaged community member. Since the beginning of the pandemic, Norris helps a food program for example, where $ 10 of the revenue generated by Zuni’s famous roasted chicken goes to a Hayes neighborhood non-profit.

For him, helping his community is his responsibility as a citizen, just like his focus on environmental issues.

In 2020, when take-out became essential to Zuni’s future, Norris began by observing the online competition. He wanted to see how other restaurants were presenting their menus, the delivery options they were offering, the verbiage they were using.

While checking Greens restaurant website, a competitor in the same price range, he noticed a tab that featured “reusable packaging”.

Aware of environmental issues and committed to respecting good practices on a daily basis in his business, he decides to contact the start-up behind these reusable containers.

Norris’s two objectives were totally in line with those of Dispatch Goods when he signed the deal: “How to move forward despite the pandemic, how to have an impact on the environment”.

After working with reusable containers for almost two months, and delivering around 250 orders per week, Norris is happy with his experience and says: “Using reusable containers is not a systemic change, but it’s incremental and this makes our company more environmentally friendly. Dispatch Goods helps me make a difference ”. He also adds “Their logistics is extremely reliable and they offer a very comprehensive service which includes the supply, collection, disinfection, and delivery of containers.”

The obvious question that comes to mind is, how did Zuni’s customers react? Norris has imposed reusable containers for 100% of take-out meals but also for cocktails, and according to him “the response from our patrons is very positive”! 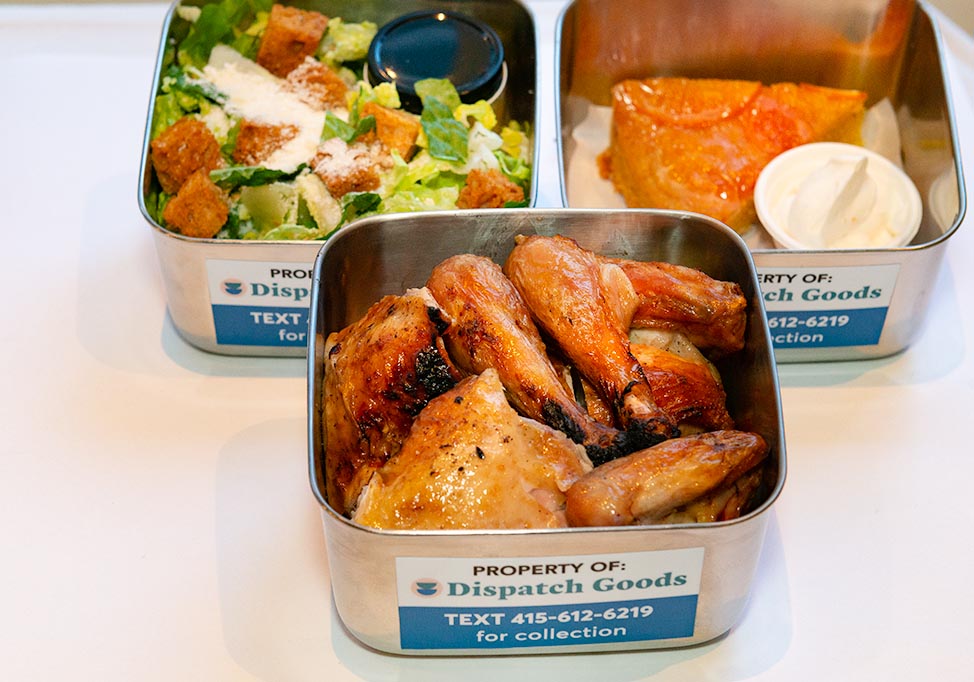 But he’s also a man of numbers, and he wants to point out that there is a cost associated with this shift. To avoid a financial hit, he passes it on to the price of the menu; just like he does when utility companies raise their energy supply tariffs … He thinks that it’s inevitable, margins are too tight, especially in a pricey city like San Francisco.

He adds, “Zuni is in a good position to lead the way, our customers don’t mind when a menu item goes up by $ 1 or $ 2. Restaurants with a cheaper menu might have more difficulty doing the same thing; their customers might find it more difficult to agree to pay for the service on top of the food ”.

Nathan Norris would love that his move with reusable containers will help the word to other restaurants.

He would love to mold a new industry model where take-out restaurant delivery is expected to reach 77 billion in 2024 in the United States alone, according to Morgan Stanley.

* Why is Zuni so often referred to as an “almost” French restaurant while it opened in 1979 as a Mexican cafe? You have to go back to 1987 when Chef Judy Rodgers became a partner and took over the kitchen… During a student exchange, Judy was sent to central France and more specifically to Roanne to improve her French. And by complete chance, she landed in the Troisgros family! And here is our high school student from Missouri parachuted in the middle of the paradise of French cuisine. As she said herself, she didn’t spend a lot of time in their Michelin-starred restaurant, but she discovered what “homemade” French cuisine is… It has remained her source of inspiration. Of course, her cooking at Zuni wasn’t exclusively French as she had traveled a lot after that, but she cherished the love of simple, friendly and honest food that she had experienced in France. We are now in 2021, with Nathan Norris, Chef at Zuni and himself trained by the famous Georges Perrier in Philadelphia.
Alexandra Cicorschi @VillaSF, the Artist who Paints with Wood
Scott McKinney @VillaSF - Processing troubling ideas through visual thinking
Amelie Fairfax, a new French Bakery, Café and Wine Bar
Do you have those two really important insurances?
Financing your Children's Higher Education in the USA
French Dancer Lorris Eichinger Calls Lines Ballet Home