With Dispatch Goods, vote for take out, not single-use containers! 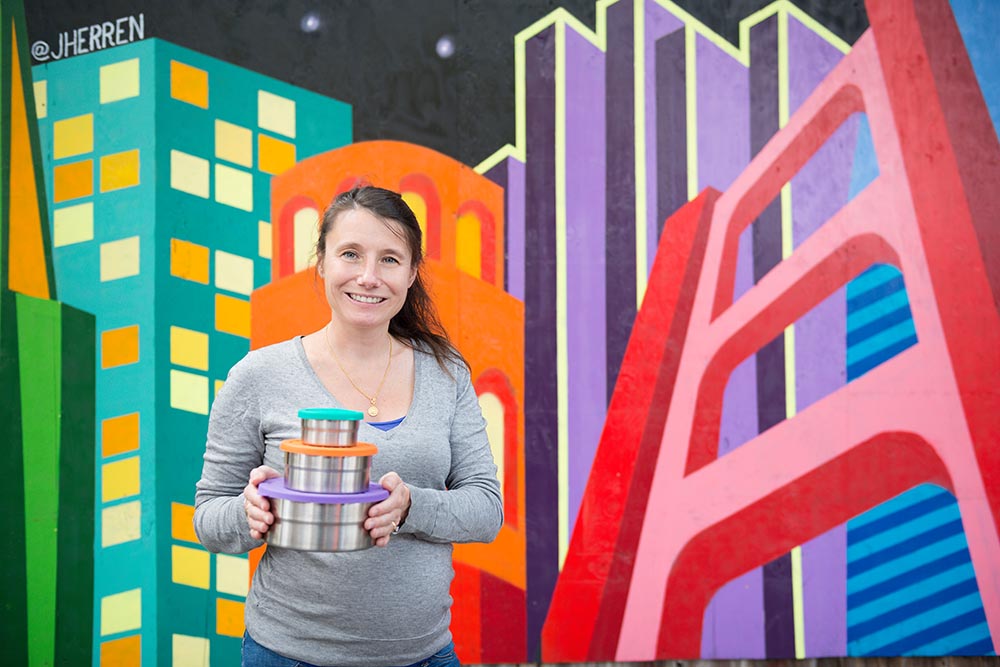 (Updated on Dec 11) – Since December 7, restaurants can no longer serve meals either indoor or outdoor. So, shivering outside has been replaced by that time-honored American tradition—take out.  And with it, mountains of single-use containers.

Everyone loves quick and easy take-out, but the environmental damage is considerable…and growing.

Remember that these containers are only used once for about 30 minutes, the time to arrive from the restaurant to our kitchen.

Of course, if you live in San Francisco, you’re probably thinking that the container will end up either in the green compost bin or in the blue recycling bin. You are right because the city recycles or composts about 80% of this waste. It’s better than nothing, but how many towns or cities have such an extensive system?  Very few.

And by the end of the day, recyclable or not, compostable or not, these famous single-use containers still require raw materials, energy, water to get produced, and then they need to be shipped, warehoused and distributed.

This is precisely the problem that Lindsey Hoell, the CEO of Dispatch Goods, wanted to tackle. Recycling is better than nothing, but these days we must do better.

We went to meet Blandine Avot, the Director of Operations of this start-up, a Frenchwoman who has been living in San Francisco for two years.

Little more than a year ago – before shelter-in-place, Dispatch Goods started its activity on a business to business model by working in partnership with Yelp.

Yelp is one of the few exceptions among the large companies that don’t house a canteen. The company wants to promote small businesses close to its offices downtown San Francisco …

Unfortunately, the dozens of employees who got food from those small businesses generated tons and tons of single-use containers.

For the record, the city of San Francisco is so adamant about sorting, recycling, and waste reduction that it forces communities (businesses, multiple apartment buildings, etc.) to hire garbage sorters to make up for mistakes done at the consumer level. Sort or pay.  It’s that simple. 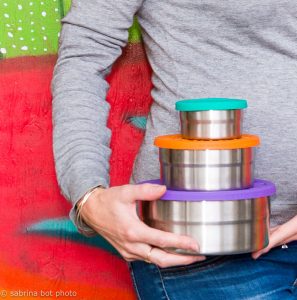 This is where Dispatch Goods comes in, offering Yelp to supply a number of small restaurants located near their offices, with aluminum and silicone bowls.

Concretely, the Yelp employees had a list of take-out business partners where they could buy their lunch without paying a deposit for picking it up in a multi-usage bowl. For its part, Dispatch Goods was responsible for collecting dirty bowls from Yelp’s offices, washing and disinfecting them according to industrial standards, and delivering them ready for reuse to partner restaurants.

It all worked well, very well… But confinement and remote work have completely destroyed the model. Yelp no longer houses employees. They all work from home… minutes and/or hours away from HQ.

Which means Dispatch Goods had no commercial business.

But the team didn’t give up, after testing a few models with varying degrees of success between April and September 2020, it decided to reach out to restaurants providing them directly with their aluminum bowls. 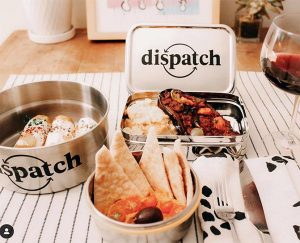 From now on, it is the consumers who choose to take advantage of the service….or not. Individuals can order from partner restaurants (Wooly pig, Vodoo Love, Mixt ..) via a link on the Dispatch Good website and pick up their meal, or they can order from DoorDash for a Square Pie Guys pizza that will be delivered home.

Once the meal has been consumed, the customers leave their dirty aluminum containers where they originally ordered or Dispatch Goods offers to come and collect them at home by making an appointment.

Individual consumers have the choice of paying a few dollars per order or purchasing a monthly subscription from Dispatch Goods.

The list of partner restaurants evolves very regularly, do not hesitate to consult their website. The partnership with DoorDash is also improving.

I can already hear the skeptics! How can this start-up have a lasting model ??? These few containers that Dispatch Goods collect and put back in the circuit are not sustainable in the long term!! 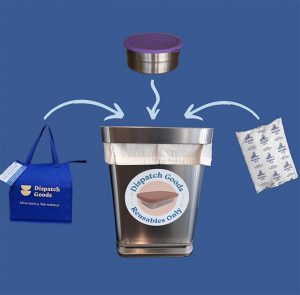 This is without counting on the vision of this team which does not lack stomach and ambition: Dispatch Goods aims to become the operator of our 4th bin, the one that will contain all the multiple-use items, containers, ice packs, bottles and more… and which invade our daily lives.

By the way, if you are a subscriber to Imperfect Foods service, they have just announced that their ice packs will be picked up by their delivery people and recycled by … Dispatch Goods. The next step is to convince other vendors, other towns to follow the lead.

Last minute: Zuni Café just announced that it starts delivering ALL its take out in reusable containers in partnership with Dispatch Goods.

So, yes, this start-up is making a daring, ambitious bet which attacks a growing problem.  We wish them the best.