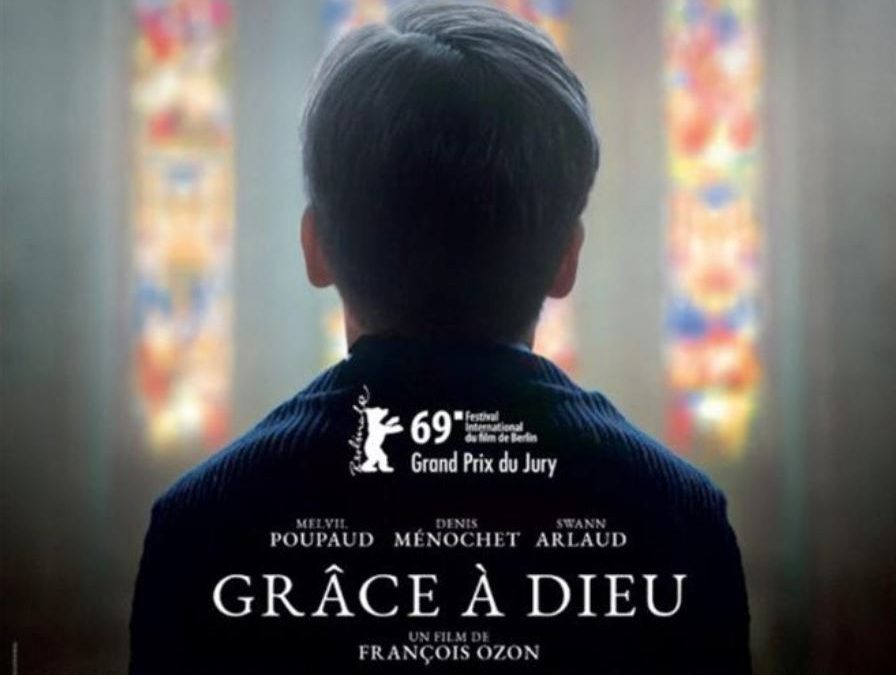 Francois Ozon is certainly one of the most talented filmmakers of his generation. From the musical (“Eight Women”) to the fantasy film (“Ricky”) through the thriller (“The double lover”), everything he touches turns into gold. This time, Ozon captures the documentary and, in his very personal way, auscultates, distracts, transforms th genre. The names are real, the charges too. The truth is stunning, to the point that the film almost never got done.

In By the Grace of God, he analyzes three characters, three tragic stories of pedophile victims. Planted in the conservative Catholic society of Lyon, the film opens with an ethereal liturgical rite, high on the hills overlooking the city, then literally rock in the stream.
A young father of four kids learns that the priest who abused him in his youth is still to this day in contact with local children. Against the advice of his conservative family, he will investigate and blame the Catholic hierarchy that protects this predator as well as its own good reputation.
One by one, he meets other victims. Each of them have overcome the drama differently: one, jovial and optimistic, has almost forgotten everything, the other, self-destructive does not manage to rebuild his life. Whether they like it or not, they join forces to denounce these persistent practices.
The secondary characters turn out to be equally fascinating, some trapped in their conservatism, ready for any nauseating discovery, others humiliated by proxy and angry at the fate their children endure. Finally, as the story unfolds, other victims appear, some almost inadvertently, to remind the viewer that what they see is just the tip of the iceberg. By the Grace of God does not give a recipe, does not solve the accusations. It just opens the eyes to the problem of an institution that defends values ​​that it can not, nor does it want to assume.