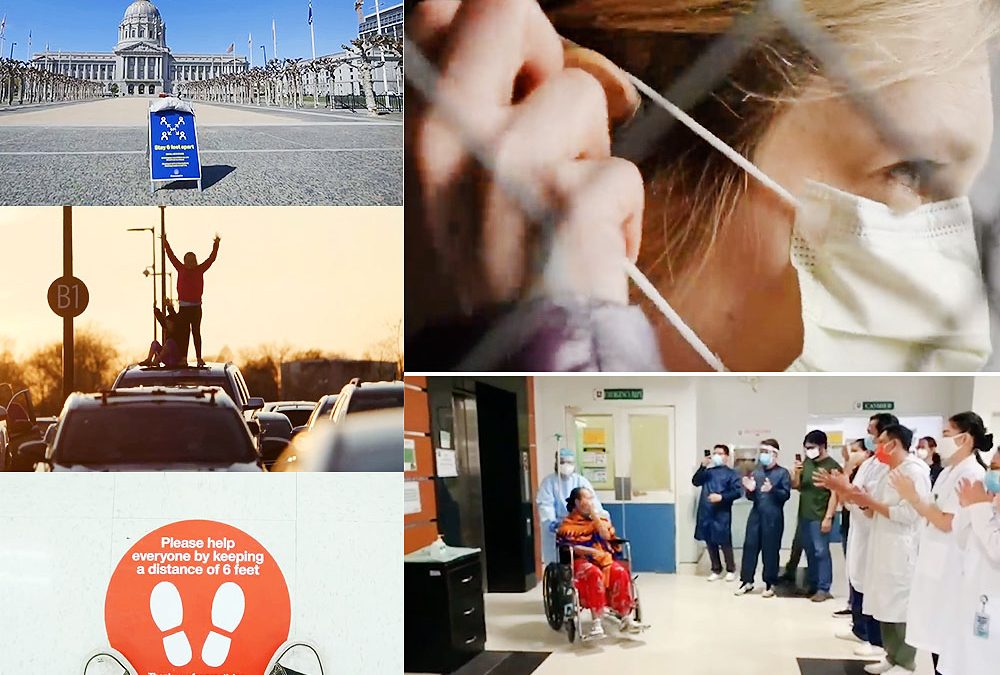 Choose Hope story is a 4 minute movie done by 250 filmakers. It was a challenge launched by the Portland based production company Muse Story Telling. The objective was to make a short film as a message of global hope despite the Covid 19 pandemic. It all started with Richard Hendrick’s poem Lockdown which had gone viral. Muse Story Telling, inspired by the poem, decided to engage the community to make this movie; 760 people from around the world answered the call, including 250 filmmakers.

Matthieu Meynier is a French filmmaker based in San Francisco and he participated in this project called Choose Hope Story. He loved being part of this movie which was

Each filmmaker had to illustrate one of the sentences of the poem (below) and submit their rushes to the editing team, then the community leaders and / or region managers were asking some to go back and film missing part of the script.

Thus, after having filmed Lombard street, the Golden Gate Bridge, and the empty streets of San Francisco, Matthieu was asked to add a scene illustrating the solidarity. He went to film in the kitchen of Food Runners, a San Francisco non-profit that prepares meals for the homeless and shelters. At this stage, it was important for Matthieu to emphasize the fact that this was done in full compliance with sanitary precautions (wearing a mask and gloves) and physical distance measures.

Blown-away by the remote organization of this large scope project and proud to be part of it, Matthieu highlights that “the more the project progressed, the more we realized how much the movie could create a positive impact and we hope that Choose Hope won’t stop there. We challenge people around the world to continue to come together with stories of hope by sharing their inspiring moments on social media with #ChooseHopeStory ”

Finally, Matthieu pays tribute to Muse Story Telling who just started, free for all, a 4 weeks session of online workshops on “The Art + Science of Story Telling”.  He thinks that “it is interesting for people at this time to find their way of expressing their creativity and use this moment to slow down, and learn new things ”

Work Authorization, Dependent of E and L1 Visas
Theater Classes for Adults in French
Call for action: Marco from Little Baobab needs desserts
January 2021 - Last Update about the Travel Ban to Enter the US
Night of Ideas, a follow-up with Dominique Nora, its special guest
La Grande Crêperie by Marais Bakery Opens at Ferry Building for A Crêpe With A View