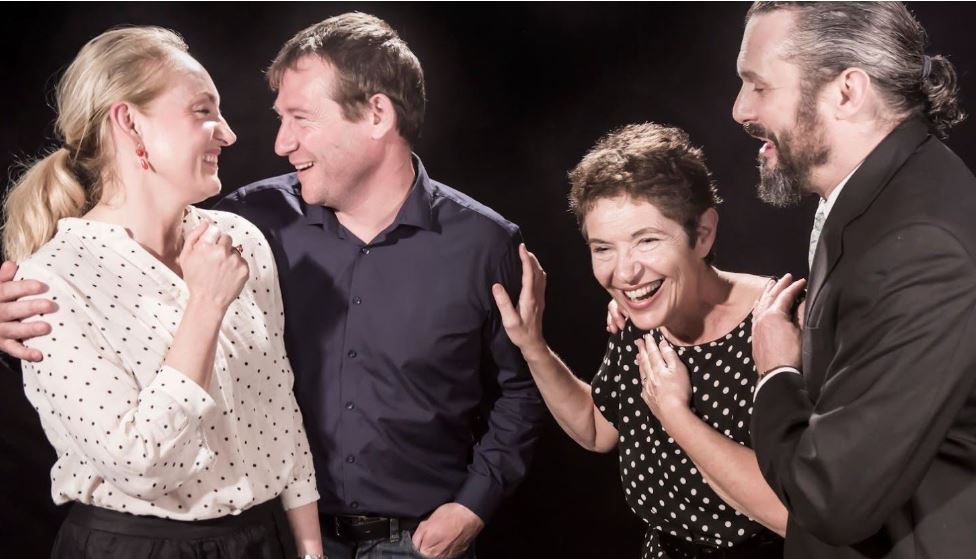 A story of parents meeting to talk about an incident that happened between their children. At first, urban, benevolent, and accommodating, parents try to hold a common discourse of tolerance and excuse that fades little by little. Between Alain Reille, unscrupulous lawyer who constantly responds to his cell while defending a John Wayne vision of the world, Véronique Houillé the politically engaged citizen who writes a book on Darfur, her husband Michel who has just abandoned the hamster of her daughter in a gutter and Annette Reille who starts to vomit, it is chaos, selfishness, open conflict, and expected disaster…

Starting from a small fact of daily life in a bourgeois environment, Yasmina Reza evokes with jubilation, ferocity and tenderness all the paradoxes of the human condition: egoism and generosity, responsibility and indifference, politeness and brutality, the futile and the serious, all the ridiculous statements that collapse at the slightest hitch.

The play is performed in French

After the Shelton Theater, this is the one and only show at Alliance Française de San Francisco on November 14th – Tickets