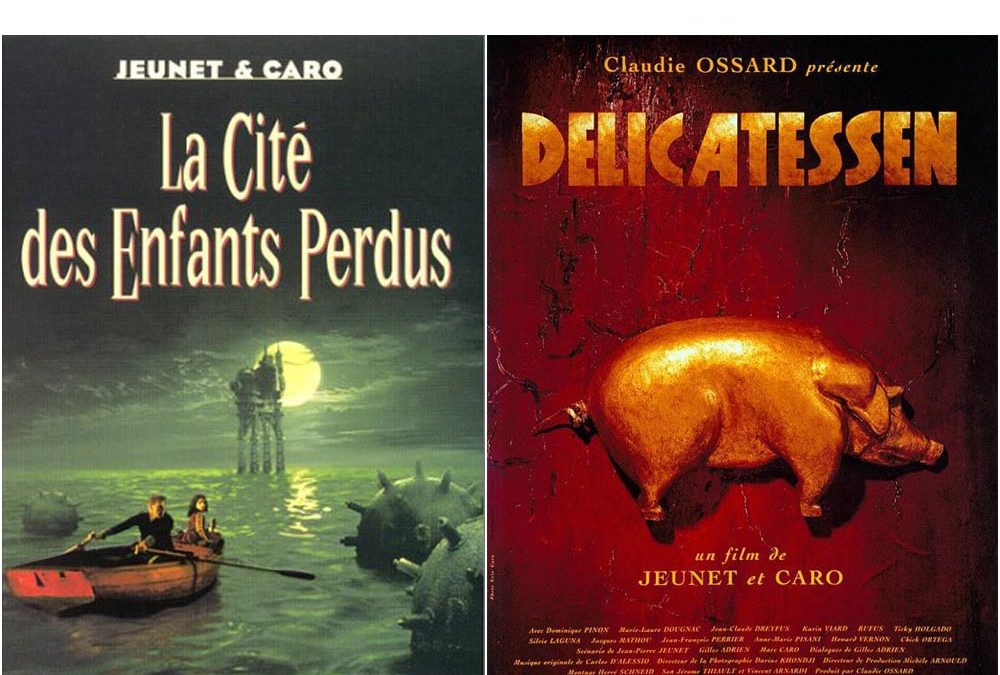 The City of Lost Children & Delicatessen by Jeunet & Caro will screen at The Vogue theater on April, 25-28 in San Francisco.

La Cité des Enfants des perdus – Old and decrepit Krank has lost his capacity for dreaming and is attempting to fight death by stealing the dreams of children. Krank’s cadre of cloned henchmen (Dominique Pinon) snatches 5-year-old Denree to subject him to the horrific dream-retrieval process. The boy’s father, One, the hulking strongman of a traveling circus, and his precocious 9-year-old friend, Miette, join forces to defeat Krank’s minions and save Denree.

Delicatessen – Directors Jeunet  & Caro deftly combine horror, sci-fi, and humor in Delicatessen, a morbid comedy set in a visually ravishing futuristic dystopia. Unemployed circus clown Louison (Dominique Pinon) applies for a job as a handyman at an apartment building in post-apocalyptic France, unaware that the ad is meant to lure people to slaughter. The butcher/landlord Clapet provides human meat for his tenants. When Louison and Julie, the butcher’s daughter, fall in love, it takes all their wits to escape the knife