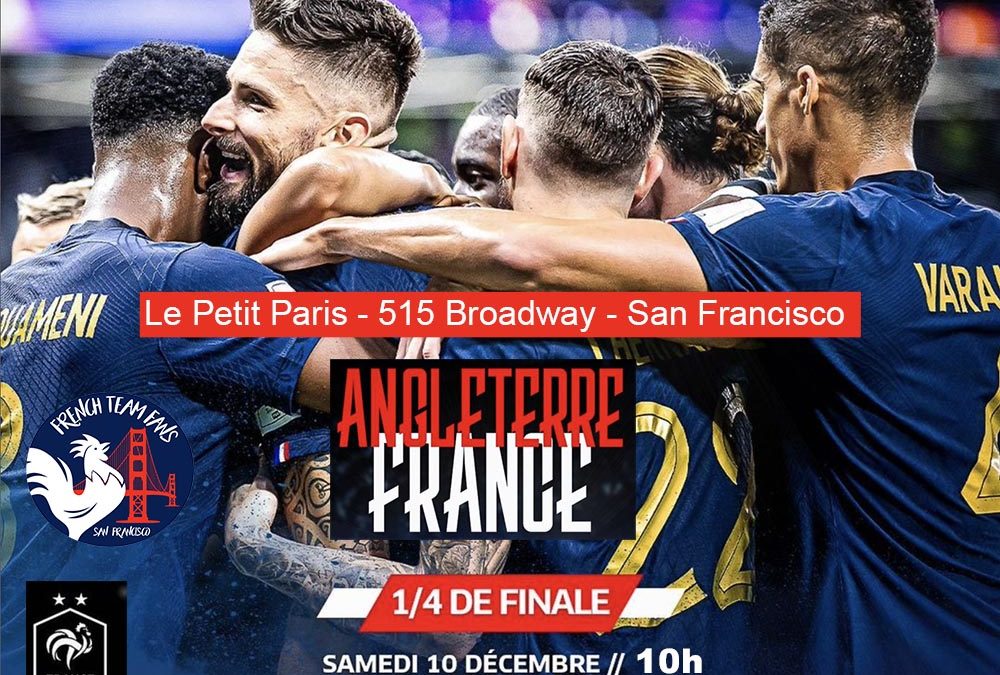 Soccer World Cup 2022: meeting with other French expatriates for important games is a precious moment when you are far from home. This is why we partnered with the Supporters de l’Equipe de France and l’Apéro group in San Francisco to watch the quarter-finals all together: join us with the family as well!

Come support the French team in San Francisco, this Saturday, December 10 from 10 a.m. for the quarter-final match. Meet at Le Petit Paris before the game against England to qualify for the semi-finals of the 2022 World Cup! 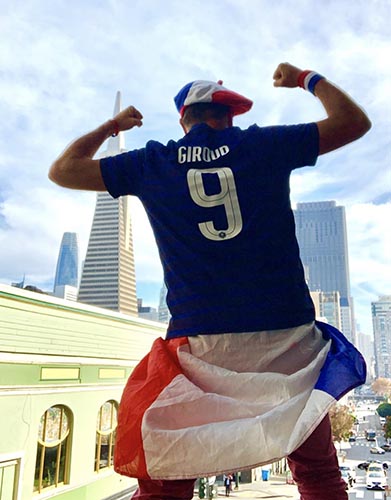 Come in your best fan costume! You will be photographed for an online contest with the public voting to elect the best supporter outfit!!

Le Petit Paris, run by Frenchman Liam, will offer indoor and outdoor screens to watch the game with other Francophile football enthusiasts.

Saturday, Les Bleus will play a decisive match, against the very strong English team to continue dreaming of conquering the supreme title a third time!

Covid19 treatments: update with French Experts and the Consulate
Let's Hit The Dance Floor on a Sunday with DJ Franky Boissy
A Great Documentary: 9 Days in Raqqa (2020)
Webinar FACCSF - What's next in the food industry?
SF SketchFest, for a month of sketch, improv, stand-up and alternative comedy
Rickshaw Stop Re-opens with a Zola Live Concert!