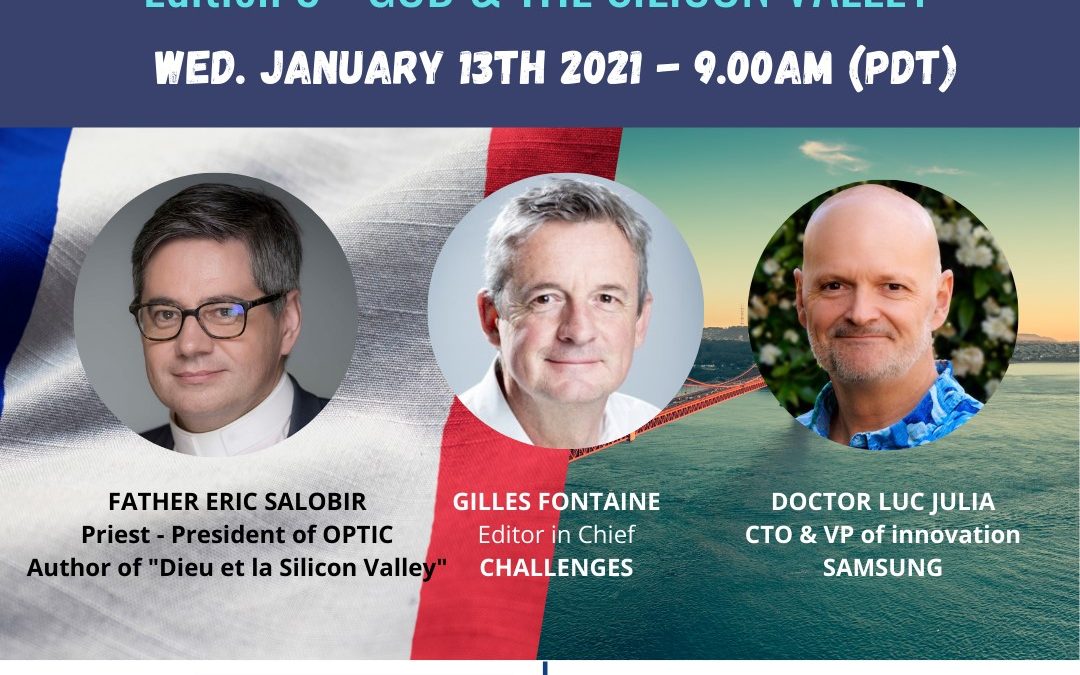 Quickstart the year with a FACCSF webinar: Why is it important to build an ethical and responsible technology? What are the steps and processes companies can follow to move in this direction? Why does it matter?

Father Eric Salobir, knows as the “geek priest” & author of “God and Silicon Valley”. He is also the Founder of OPTIC Technology, a sort of Catholic network which promotes research and innovation and various technology fields, in charge of the media and technology for the Dominicans & a teacher of digital communication at the Catholic University of Paris.

Doctor Luc Julia is the CTO and Senior Vice President of Innovation for Samsung Electronics, but also the bestselling author of the book: “There is no such thing as Artificial Intelligence”. He holds dozens of patents and is recognized as one of the top 100 most influential French developers in the digital world. He is also a recipient of Légion d’Honneur, the highest order of France, and a member of its National Academy of Technologies. He holds degrees in Mathematics and Computer Science from University Pierre et Marie Curie in Paris and earned a Ph.D. in Computer Science at the Ecole Nationale Supérieure des Télécommunications de Paris.

This panel is organized in partnership with Challenges. It will be moderated by its Editor in Chief, Gilles Fontaine

Members and non-members can join this webinar for free.