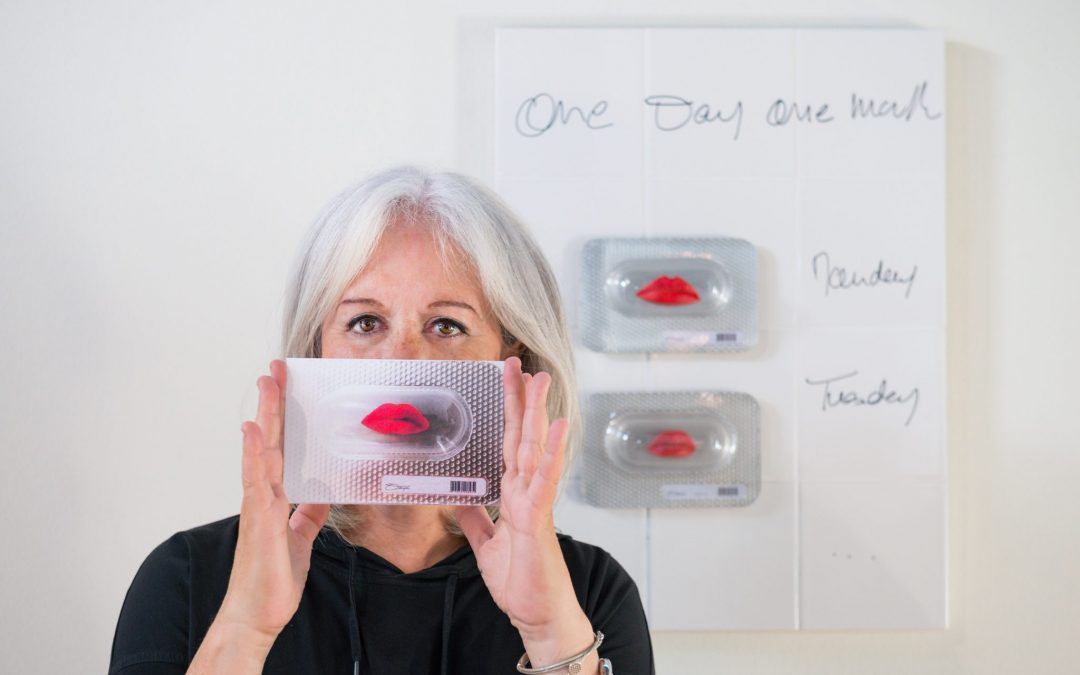 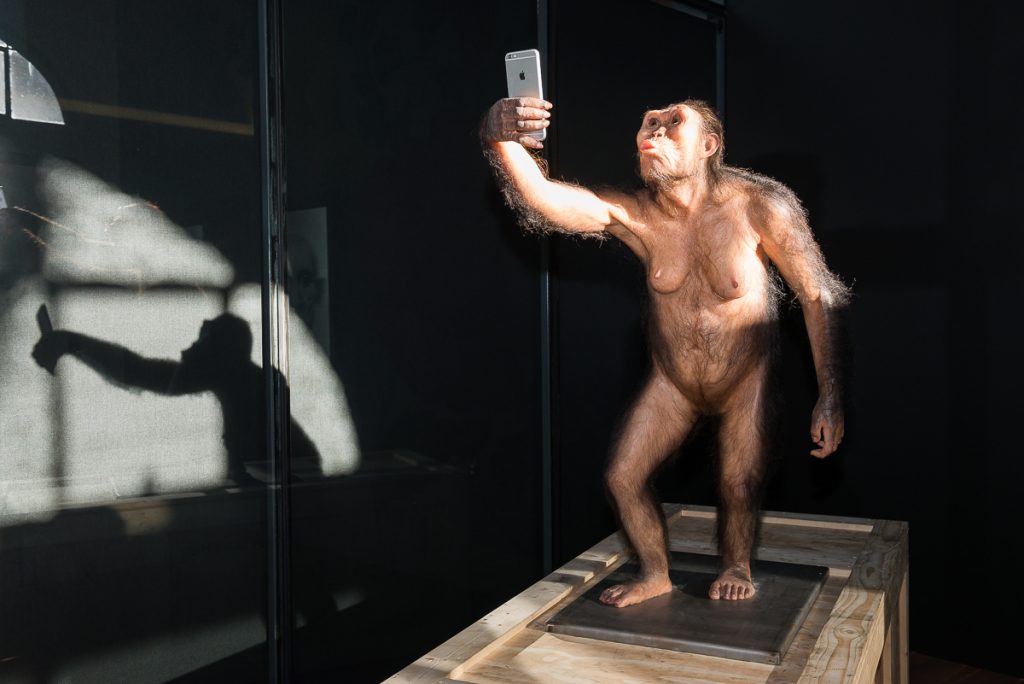 French artist, Elisabeth Daynès is a world-renowned paleo artist that has been acclaimed in multiple occasions for her reconstructions of fossil hominids. Among other things, in 1999 she did the recreation of the Australopithecus Lucy for the Field Museum in Chicago. In 2006, she re-created the Egyptian pharaoh Tutankhamen’s face that ended up on the cover of National Geographic worldwide. In 2010, she was awarded the John J. Lanzendorf-National Geographic Paleoart Prize that recognizes outstanding achievement in paleontological scientific illustration and naturalistic art. Not bad for an autodidact!

From the 90s, her interest for the subject of identity and metamorphosis have led her to become this world-renowned paleo-artist. 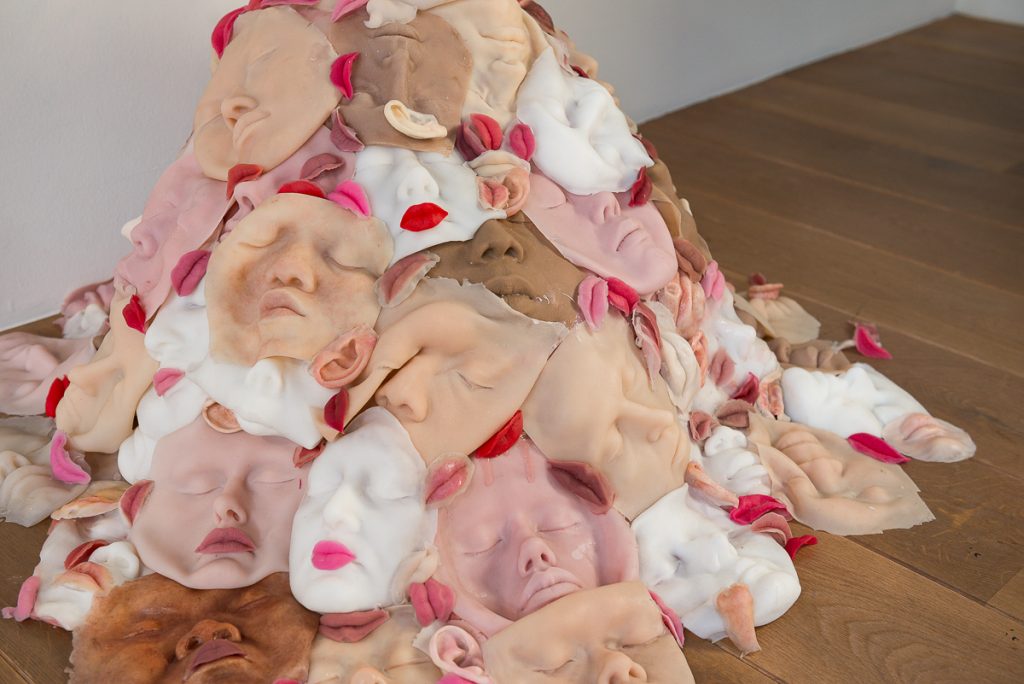 While still working on scientific projects, she has continued to reflect on questions related to identity and the search for it, while exploring the meaning of the skull and the face, from their origins till now and into the future.
Moving past today’s narcissism where the boundaries between the real and the virtual are increasingly blurred, Elisabeth has created a future universe, where the latest fashions include blister-pack lips-to-order and living skin masks that one takes in a process as easy as putting in contact lenses.

While building this collection of her work on human origins, Elisabeth Daynès encourages the public to reflect on appearance and the human face, today and in the future. She wishes to show that in a time of social networks and ubiquitous images, everyone is free to invent endless narcissistic mirrors. 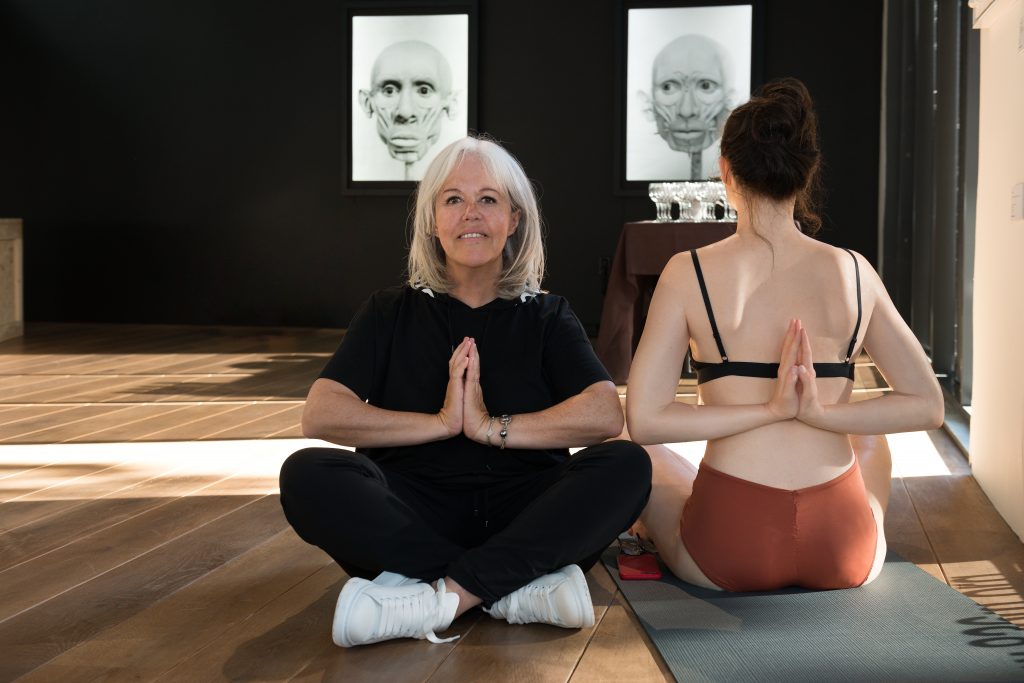 By greatly varying the size, material, and the treatment of her subjects, specifically skulls, she recomposes them, showing us all the faces that we might have had and that we will have one day. She uses various formats, materials, and technologies to model, shape, and transform the structure of the skull, reclaiming a time before flesh covered the bones to magnify the muscles of the face and define its appearance.

Exposed at 836M, for her first solo exhibition in the United States, Elisabeth Daynes is sharing a unique body of work that channels post-humanity and inspires us to question what it means to be human.

Kelsey Westphal @VillaSF, in the tracks of local counterculture
Cheryl Derricotte @VillaSF: Roots going back to Jefferson?
The last years of Monet at the Young Museum in San Francisco
Bilingual Summer Camps on Campus across the Bay Area!
Confinement... the opportunity to rebuild a fairer society?
In 2021, Bastille Day will last a whole week!