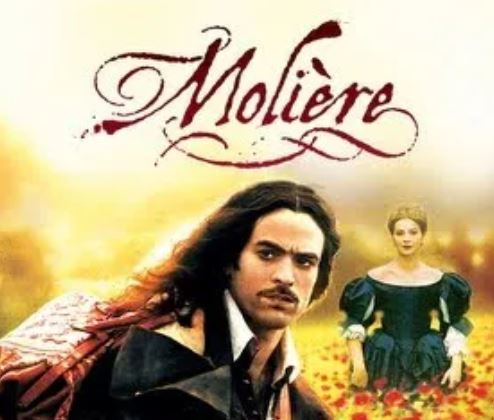 The film begins in 1658, when the French actor and playwright returns to Paris with his theatrical troupe to perform in the theatre the king’s brother has given him. Most of the film is in the form of a flashback to 1645. Following an unsuccessful run as a tragic actor, Molière is released from debtor’s prison by Monsieur Jourdain, a wealthy commoner with social pretensions, who agrees to pay the young actor’s debts if Molière teaches him to act.

Jourdain, a married man with two daughters, hopes to use this talent to ingratiate himself with Célimène, a recently widowed aristocrat with whom he has become obsessed. He hopes to perform a short play he has written for the occasion. Molière, however, has been presented to the family and staff of Monsieur Jourdain as Tartuffe, a priest who is to serve as tutor for the Jourdains’ younger daughter. As the story progresses Molière proceeds to fall in love with Jourdain’s neglected wife, Elmire. Sub-plots involve the love life of the Jourdains’ older daughter, and the intrigues of the penniless and cynical aristocrat Dorante at the expense of the gullible Jourdain.

The story is mostly fictional and many scenes follow actual scenes and text in Molière’s plays including Tartuffe, Le Misanthrope, The Imaginary Invalid, and Le Bourgeois Gentilhomme, whose principal character is also named Jourdain. It is implied that these “actual” events in his life inspired the plays of his maturity.

Comedy: French Fried Vacation 2 - Sing Along + Raclette buffet (EN Subtitles)
The Swallows of Kaboul by Zabou Breitman and Eléa Gobbé-Mevellec
Stern Grove Festival San Francisco, a must go!
Agnes Varda - A Retrospective at SFMOMA and at BAMPFA
One65, a gastronomic space like no other, opens on May 16th!
San Francisco Girls Chorus, a Ceremony of Carols at Davies Symphony Hall