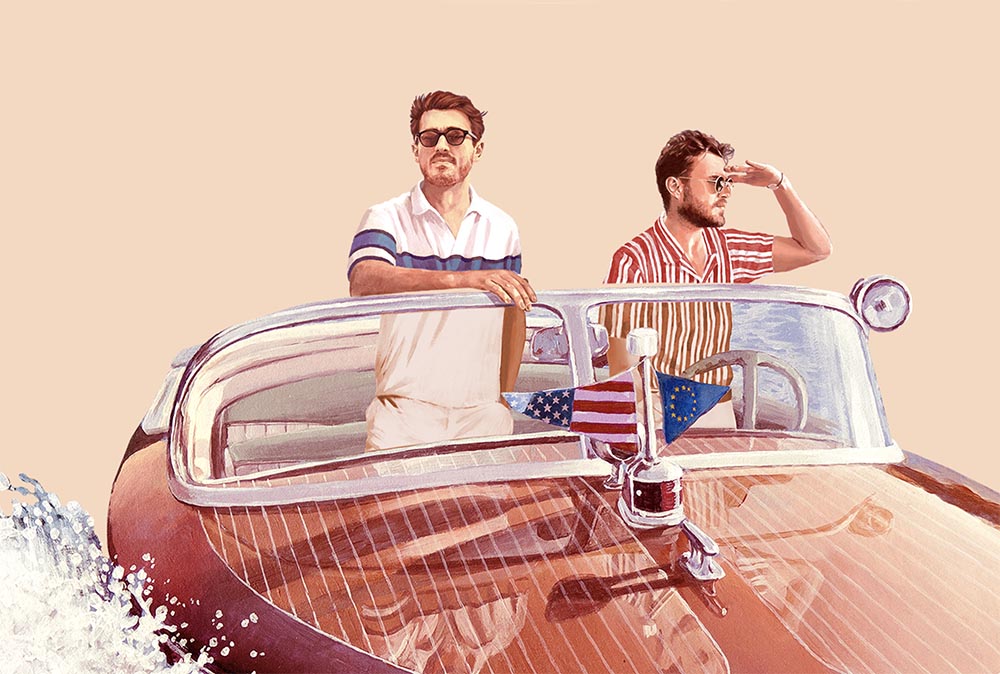 Good news at the start of the year, the American tour of the French electro pop group Bon Entendeur will make a stop in San Francisco on March 2, 2023.

There are three, they are passionate about music: Arnaud, Pierre and Nicolas use their passion to exalt French culture and the icons that embody it.

Made famous thanks to their mix-tapes (remixes on which they superimposed voices of French figures), they ended up conducting the interviews themselves for exclusive content: the list is long from Pierre Niney to Camille Cottin, Gérard Darmon, Isabelle Huppert…

The list of collaborations is also impressive: for instance Big Flo & Oli and Sofiane Pamart to name a few. And just recently the latest title with Emma Peters makes us happy (and we would like a little sun around here too right now).

With 25 million streams, Bon Entendeur is also a brand in its own right with events such as the Parisian “péniche” La Madrague, which they program in the summer, bringing together thousands of people. The trio shares the work, leaving Pierre Della Monica and Arnaud Bonet to take care of the musical performances and Nicolas Boisseleau as operations manager.

Bon Entendeur is also a label that produces their  favorite artists and we recommend that you follow Be Records for nice discoveries.

It is with emotion, that w remember,  their concert at the Rickshaw in February 2020, one of the last concerts just before the end of the world and we can’t wait to see them again for a time when the weather will be good and the sky will necessarily be blue. (re. Le Temps est bon, le ciel est bleu)