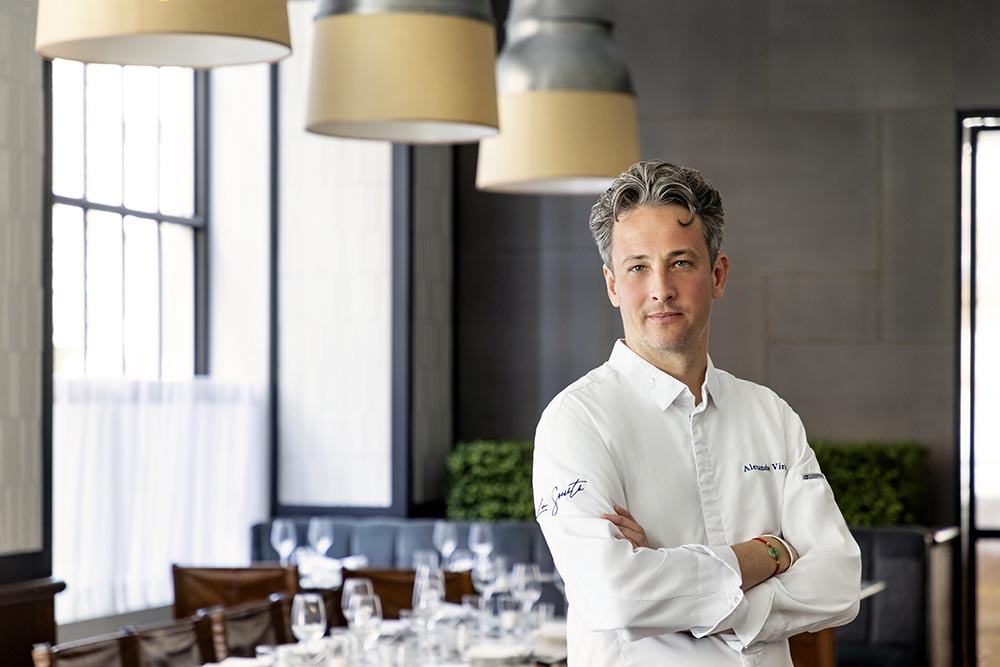 From Ducasse to Michael Mina…

Born in Texas to a couple of French chefs, Alexandre Viriot, the Executive Chef of the new brasserie La Société, is a citizen of the world who just returned to San Francisco.

He got immersed in French gastronomy under the tutelage of the emblematic trio composed of Guy Savoy, Joël Robuchon and Alain Ducasse.

The story started when he began his work-study apprenticeship in a small restaurant in Nantes, France. He moved on when his godfather, chef Xavier Salomon brought him to the Ritz Carlton in Half Moon Bay.

After two years as a kitchen clerk, Chef Salomon detecting a genuine talent encouraged him to leave and train with the greatest. This is how he went to Las Vegas to work with Guy Savoy, then in Joel Robuchon’s restaurants and finally in Alain Ducasse’s company for which he opened the Wynn in Macau as an executive sous-chef. Staying in Asia, Alexandre Viriot joined Popinjays, the restaurant attached to the Murray Hotel in Hong Kong.

But Chef Viriot aspired to something else.

By activating his network and investigating opportunities, he was seduced by the TableOne Hospitality model and their project to open a brasserie, La Société. TableOne is a spin-off of the Michael Mina group that develops chic, “boutique” type restaurants by offering chefs to become partners. Attracted by the opportunity to open a restaurant backed by a reliable structure, Alexandre Viriot returned to San Francisco in 2022. 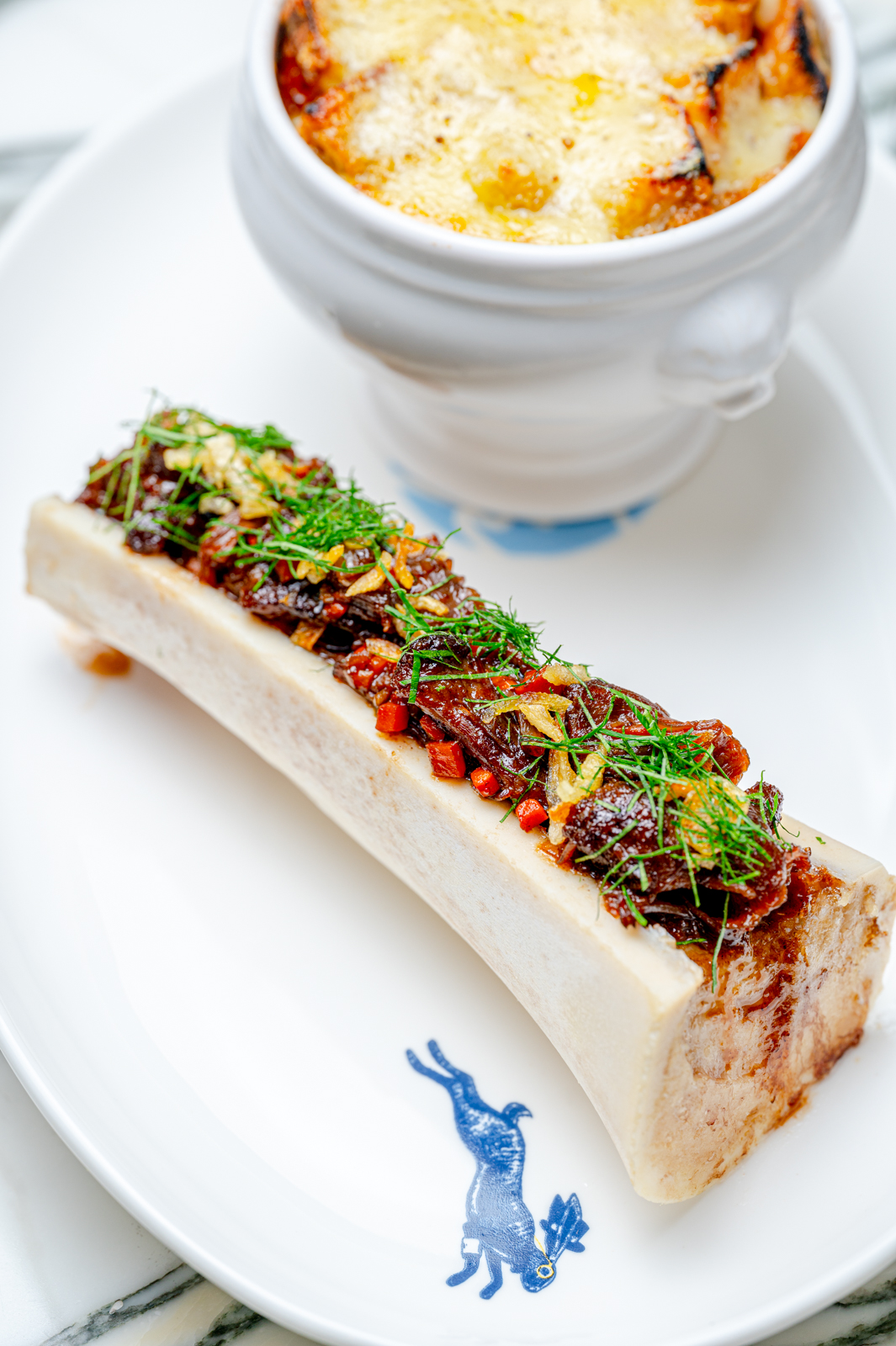 He speaks of the traditional duck à l’orange with a “twist of an orange reduction.”. He specifies that the Flammekueche is cooked in a pizza oven providing the crispness of the dough and that he adapted the gougères with a “dutch crunch” to match American tastes. There is also a classic “Moules-Frites” dish and a traditional onion soup served with an elegant marrow bone on the menu.

Chef Viriot insists on working with exceptional local products, such as Liberty Ducks or caviar from a Bay Area Farm. He has concocted a mouth-watering “French-style” Thanksgiving menu with chestnut velouté with sage croutons, a turkey revisited in paupiettes served with five spice pain perdu… Already released, the Christmas menu tickles your taste buds and includes an avocado/crab mousse with caviar, a lobster & chestnut velouté…

The daily menus are those of a traditional brasserie embellished with flavors and tastes drawn from other countries. Alexandre Viriot highlights that “everywhere in the world, I have always made French cuisine, this is my expertise and now I spice it up with all my discoveries.”.

We haven’t tested his cuisine yet but the place and menu look very promising. La Société is located in the Hyatt Regency downtown SOMA hotel but is not a hotel restaurant but rather a restaurant in a hotel. It’s important to mention that it has a bar serving until 11 pm! And it is there, and only there (at the bar) that you can order the decadent truffle burger!

To summarize, remember to book before showing up and think about this location for your private or corporate events; La Société has a room for private functions. The downtown location  makes it very convenient for business breakfasts.