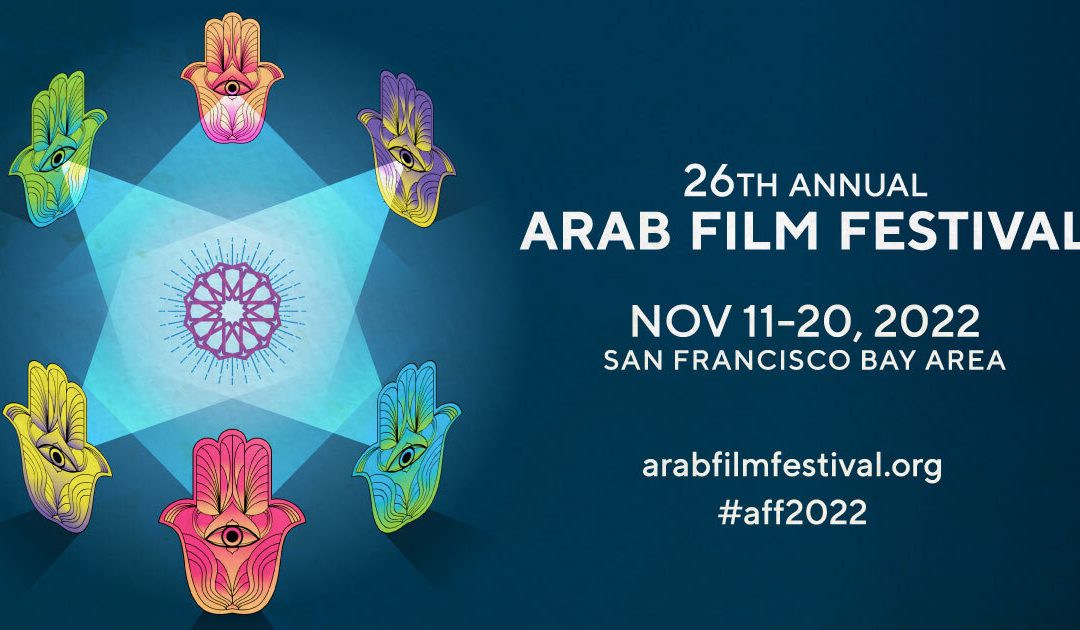 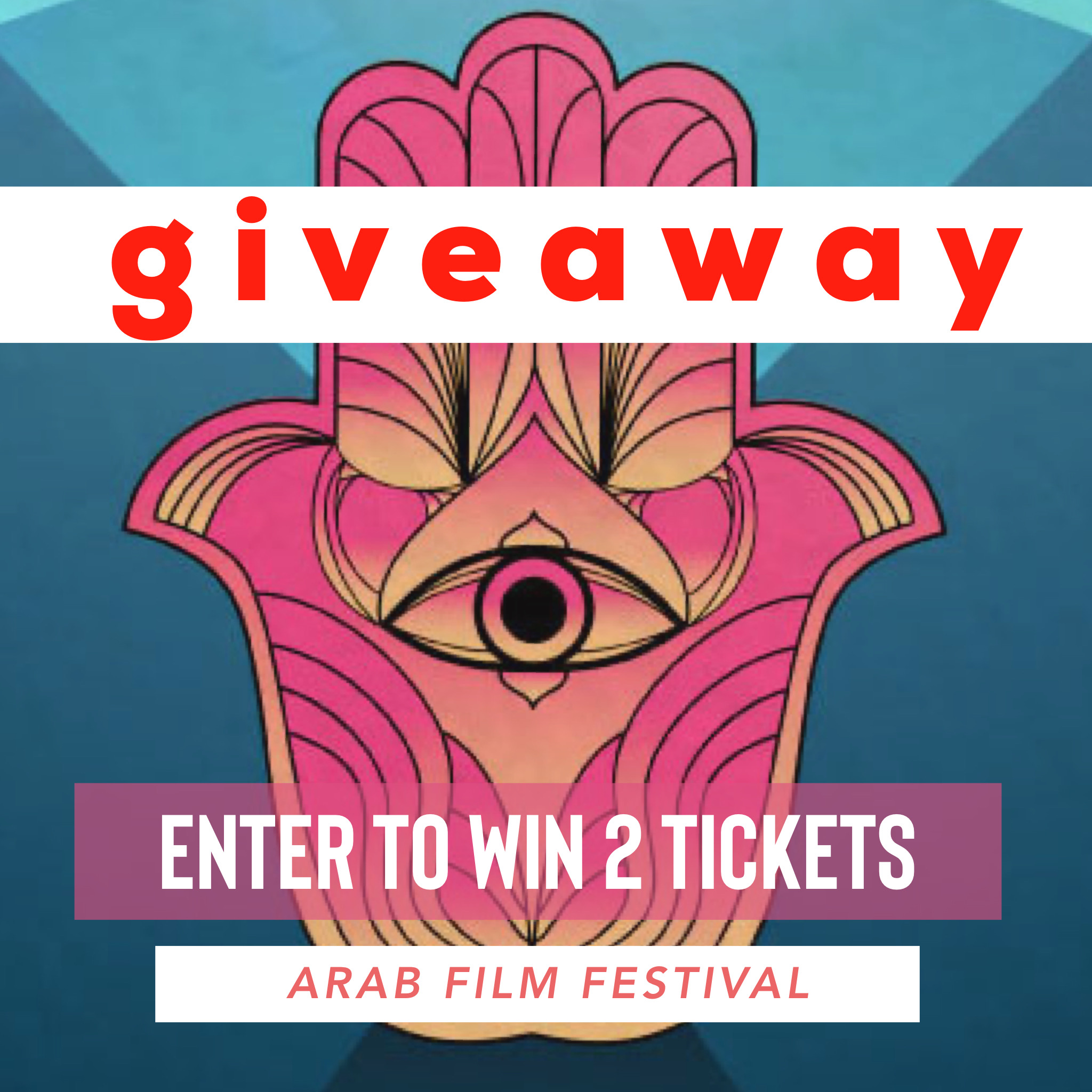 The flagship event of the Arab Film and Media Institute (AFMI), the Arab Film Festival  is the longest running independent festival of its kind in North America. Launched in 1996, the festival’s mission is to present the best of contemporary films that illuminate the richness of Arab culture through authentic narratives and images, providing insight into the beauty and complexity of the Arab world.

The festival #AFF22 also offers special programming to local audiences and unprecedented access to the diversity and range of authentic Arab experiences. The festival has gained an international reputation for excellence and offers its audiences access to media that reflects the lives of under-represented and provocative themes and groups on a cultural and societal level.

The Blue Caftan (2022) – Fiction – Halim and Mina run a traditional caftan store in one of Morocco’s oldest medinas. In order to keep up with demanding customers, they hire a 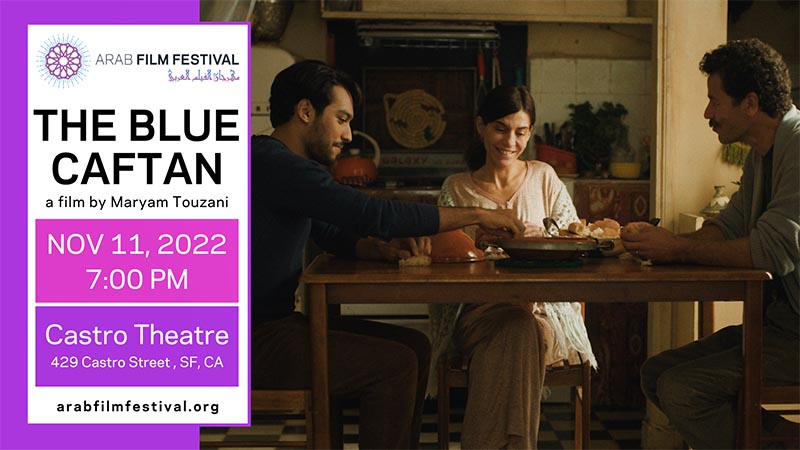 talented young man as an apprentice. Mina slowly realizes just how much her husband is moved by his presence.
The Bue Caftan will screen for the opening night on Nov 11 on the presence of Maryam Touzani the award-winning director and is also Morocco’s submission to the 2023 Oscars
Co-production: France, Morocco, Belgium Denmark – Language: Arabic, English

Memory Box (2021) – Fiction – Montreal, on Christmas Day, Maia and her daughter, Alex, receive a mysterious package from Beirut. These are notebooks, cassettes and photographs, a whole correspondence, that Maia, aged 13 to 18, sent from Beirut to her best friend who had left for Paris to flee the civil war. Maia refuses to face this past but Alex plunges into it in secret. She discovers between fantasy and reality, the tumultuous and passionate adolescence of her mother in the 80s and well-kept secrets.
Co-production: Lebanon, Canada, France, Qatar – Languages: French, Arabic, English

Little Palestine, diary of a siege : Following the Syrian Revolution, Bashar Al-Assad’s regime besieged the district of Yarmouk (Damascus), the largest Palestinian refugee camp in the world. Yarmouk then found itself cut off from the rest of the world. The director recorded daily deprivations while celebrating the courage of the inhabitants, adults and children alike.
Co-production: Lebanon, France, Qatar – Language: Arabic, English

Perhaps what I fear does not exist (2022) – Docu – “I can’t believe this is happening”, I said to myself when my father’s body failed unexpectedly, two years ago. Who would have known that he would end up being paraplegic after all this time? We were living a life we could call normal before it proved us wrong. The hospital rooms became our new home where we could cook, live, sleep and gather with the few remaining friends and family members.”
Production: Lebanon – Language: Arabic, French, English

Ashkal (2022) – Fiction – Follows an Investigation when the body of a caretaker is found calcined in the middle of a construction site in the gardens of Carthage, a new district where modern buildings are juxtaposed with abandoned sites and wastelands.
Co-Production: France, Tunisia, Qatar – Language: Arabic, French

The Sea ahead (2021) – Fiction – Presented at the Quinzaine des Réalisateurs in Cannes in 2021 where Ely Dagher previously won the Palme d’Or for his animated short Waves ’98, The Sea Ahead (Al Bahr Amamakoum) explores the tenets of the relationship between the metamorphosis of a city subordinated to the crises it is going through and the disillusionment of a stifled youth.
Co-production: Lebanon, Belgium, France, USA, Qatar – Language: Arabic

Rest in Peace (2022) – Animated short film – Midyan is on the run from his war-torn country. His unbearable hunger forces him to start eating the objects he likes. The effects are monstrous, but keep it going.
Co-production: France, Germany – Language: silent

The Foreign Land (2021) – Short fiction film – Farida returns for the first time since her childhood to her father’s native Algeria. There she rediscovers her grandmother’s house in the countryside. At night, she is visited by a strange creature that has haunted the family for years.
Co-production: France, Algeria – Language: Arabic, French

The Shadow of the Butterflies (2022) – Animated Short – This is a film about the passage of time, about the regrets and fear of our own choices. It is about the refuge that nostalgia offers, like the butterflies that we contemplate as they flutter elegantly in a glass jar. The film takes place in a mysterious forest, where a melancholy woman is surrounded by butterflies that bring back memories of a lost love. The butterfly is very important in this film, because it symbolizes memory and desire.
Co-production: Morocco, France, Qatar – Language: Arabic

Warsha (2021) – Short fiction film – Mohammad is a Syrian crane driver who works on a construction site in Beirut. At a hundred meters high, alone in the cabin of his crane, he transforms into a magnificent free diva like he has never been.
Co-production: France, Lebanon – Language: Arabic

Faraway (2020) – Docu Short – After being estranged from his family, we watch a young man through four seasons and from afar as he navigates his loneliness – while trying to reconnect with his mother.
Production: Canada – Language: French, Arabic, English

5:1 (2022) – Short documentary – She has just completed a short documentary, 5:1, about her family during confinement as a producer, screenwriter and director.
Production: Canada – Language: French

Dates: from November 11 to 20, 2022
Locations: In theaters in San Francisco and in the the Bay Area + online
(Geographical restriction for online broadcasting at national level)
Buy tickets, click here – 25%  discount with code MERCI@AFF22