Yoann Brugiere – How to adapt to succeed in the American market 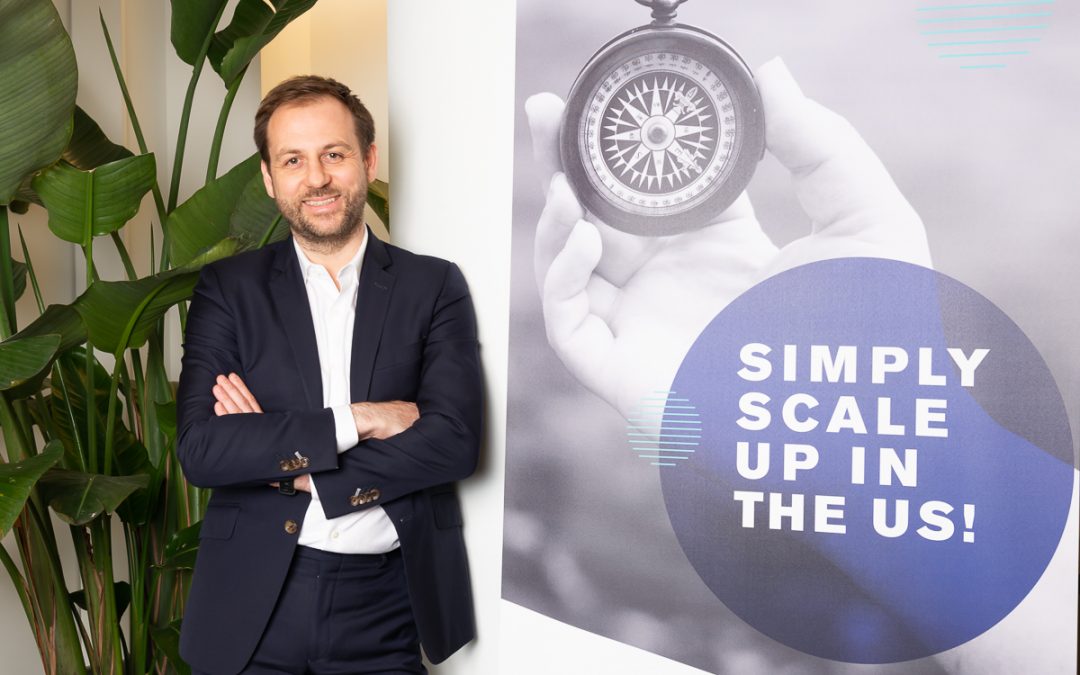 Sponsored content – Orbiss, an accounting, and tax firm has been a real success since 2020. Established in several cities including New York and San Francisco, it specializes in advising start-ups and SMEs of French origin with business in the United States. This firm works a bit like a trend sensor in this category of companies.

Orbiss has 30 employees spread throughout North America and counts French companies such as Convelio, Swapcard or Adwanted Group among their clients.

Yoann Brugiere, Orbiss co-founder was kind enough to share his market insights by accepting an interview.

We are more than two and a half years after the start of the Covid pandemic. What are the big changes for French companies doing or intending to do business in North America?

First of all, I would like to point out that during the first two or three months of the pandemic, everything stopped but rather quickly companies reacted and started to manage by working remotely.

The problem has even triggered great development opportunities. We have seen the success of then-emerging platforms like deel.com or remote.com; They allowed French companies to be less afraid to manage or launch into a remote market.

As we often hear, this has caused a lasting change in working methods. We now have many companies that do not hesitate to hire from one continent to another.

On the opposite side, we see small companies coming to the United States when they do not have the necessary financing to address such a large market.

From experience, companies that succeed are those that come with a few million. The need for financial and human resources to develop in the United States remains significant. We must not forget that between the moment the company arrives, recruits, and begins to sign its first contracts, it needs large funding.

Attacking the American market for a French company is a bit like if a foreign company wanted to establish itself throughout Europe all at once! Establishing yourself by starting in a defined geographical area where your core market is located, for example, in a state or a region can prove to be a winning strategy.

The attraction for the American market has not weakened, but the approach and working methods have evolved.

For companies that were already established in the US before Covid, how have things changed?

At the human resources level, in particular, this has forced companies that already had a foothold in the United States to think about the implementation of remote policies.

The largest of them, which were already established on several continents, had to respond to the demand of their employees by implementing global remote work policies. For example, some employees want the flexibility to completely change their environment for a few months. The more companies are flexible and structured in this sense, the easier it will be for them to recruit talent. It is also our role to explain this to our customers.

As for us, we are fans of remote work, and our profession lends itself well to it. This forces us to approach management differently. Since we use a lot of digital tools to complete the tasks entrusted to us by our clients, we have easy ways to check if the job is done. Anyway, hoping to recruit the new generation without offering remote work is almost impossible.

Regarding Tech, we read in the press that American companies are laying off workers. Do you see the same trend in French companies?

The readjustment of the markets, which makes venture capitalists borrow at higher interest rates, had an immediate effect.

The term “profitability” is back on the table; we see companies paying more attention to spending, especially in Tech. Monitoring your expenses against your budget becomes “normal” again; the main objective remains to develop the market, but no longer at any price.

Well-funded companies that had hired a lot, very quickly, as soon as they arrived in the US, began to lay off. I think it’s a blessing in disguise… It forces all of us to go further in strategic thinking.

I would like to add that beyond Tech, a clear consequence of the Covid period is the transformation of retail. All of our customers in this area have reduced their physical presence in major cities and focused on selling online. Some have even completely switched and closed their stores to go 100% online, like Oliviers and Co for example.

You set up in the San Francisco Bay area in 2022. Why did you wait for two years when the region has a lot of companies created by French people?

It is pretty simple! Since many of our clients are in the Tech industry, we wanted to ensure we had a stable model and team. We wanted to test and validate our model before coming to San Francisco Bay area. The East Coast was a kind of beta test before tackling our core target.

Today, we are fully operational, we have an office in San Francisco, a local team, and a first client portfolio.

Do you see any specificities in the way of approaching business in San Francisco compared to New York?

Absolutely! The most obvious difference is in the way people interact. In New York, it is much easier to meet the different players in the ecosystem because companies are in a hybrid model. In San Francisco, almost everything is done remotely.

You won’t find this divide in New York, where the business community is more homogeneous.

What are the most important challenges that French companies established in the US will have to face in 2022/2023 in your opinion?

The dollar/euro parity is a big subject for us. This is a major issue for entrepreneurs who often ask for advice.

Most of them raise funds in Europe and must transfer the capital to the USA. If a company has raised 15 million euros in Europe, its management team must ask itself whether to transfer 5 million immediately or, on the contrary, to do so in installments as the company needs and markets evolve.

I specify this is not our core expertise but we can redirect to banking institutions that have specific products to carry out what are called “exchange rate swaps” and provide a form of hedging.

In the months to come, successful entrepreneurs will be those who react quickly. Reactivity on business models and strategies will make the difference. Everything will be done on a case-by-case basis.

A possible strategy is not to inflate salaries but to favor the hiring of people who do not come for the short term. In any case, success will require a good dose of responsiveness.

How do you explain that Orbiss has been so successful in less than 3 years?

We simply break the codes of the profession. Orbiss offers a business model that includes intensive use of digital tools and that plays transparency vis-à-vis enterprises.

On the one hand, the tools make it possible to save time and efficiency, it is indisputable.

And on the other hand, we work in complete transparency with a network of business introducers and partners that we do not pay.

We only work with people with whom we have good professional esteem. For us, this is the key to success.

Finally, we have the weakness to believe that it is thanks to this form of downstream and upstream sincerity that we were able to recruit a team that adheres to our values.

#4 - A Selection of Books for Teenagers from the 9th to the 12th Grade
San Francisco tours on foot, in French with Gilles
James Tissot, an artist (rediscovered) at Legion of Honor San Francisco
French Cinema: Godard Tribute at the Roxie Theater (EN subtitles)
Homemuse: a Frenchie who allied her music passion and entrepreneurship
Podcast in French with Berkeley Seismologist Barbara Romanowicz