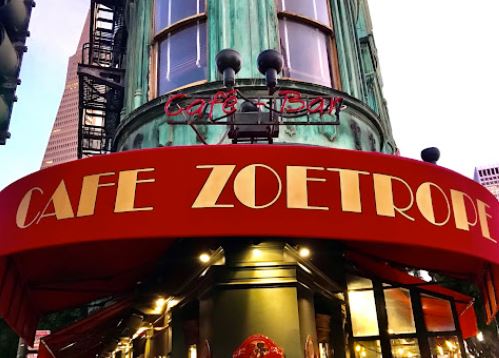 You probably know that the Zoetrope café, in the heart of North Beach, belongs to Francis Coppola, but you might not know that the iconic café hosts an intriguing machine, the Short Story Dispenser.

Home to the American Zoetrope film production company founded by the famous directors Francis Ford Coppola and George Lucas in 1971, this cafe has seen the writing and editing of renowned films, such as the Godfather I and II or Apocalypse Now.

A cinema hot spot, the Zoetrope cafe has opened its doors to literature with a short story dispenser, created and manufactured by the French company called Short Édition.

This Grenoble-based publishing house is exclusively dedicated to short literature, that is, short stories and poetry. Founded in 2011 by four entrepreneurs passionate about literature and technology, its mission is to adapt literature to the digital age: their works are published entirely online.

In 2016, the idea of the Short Story Dispenser was born, the first of its kind in the world. It is a simple principle: the reader selects the desired reading time (between one minute, three minutes or five minutes), and the dispenser prints out a short story that corresponds to it, for free.

The short stories are sourced from the Short Édition database, which showcases contemporary writers from around the world. 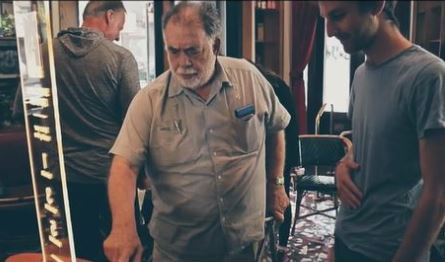 On a trip to France a few years ago, Ford Coppola fell in love with the idea and invested in the company. He created a subsidiary in the United States in 2018. His Zoetrope cafe in San Francisco inaugurated the first international Short Story Dispenser. Since then, more than 300 dispensers have been set up around the world, from Melbourne to Hong Kong, to London and Philadelphia.

Depending on the geographical area, the dispensers offer texts by local writers in order to promote literature from various cultures.

There is no denying it: the dispensers are a huge success!

Lidia, the Zoetrope cafe manager, disclosed: “The customers love it! Some of them come especially for the dispenser and those who discover it are always amazed by the concept. Children also love it, probably because it’s playful, sometimes they even have to be stopped!” She also explained to us that she has the freedom to choose the themes of the stories that the dispenser prints out: “I can select romantic short stories for Valentine’s Day or even decide to dedicate a week to works intended for children.”

The Short Story Dispenser integrates literature into customers’ daily lives, in a digital world that sometimes forgets its importance. If you don’t know what to do this weekend, go get a coffee at Zoetrope and escape from the chaos of your life, just for a few minutes, thanks to a short story.