Opera – Dialogues of The Carmelites directed by Olivier Py 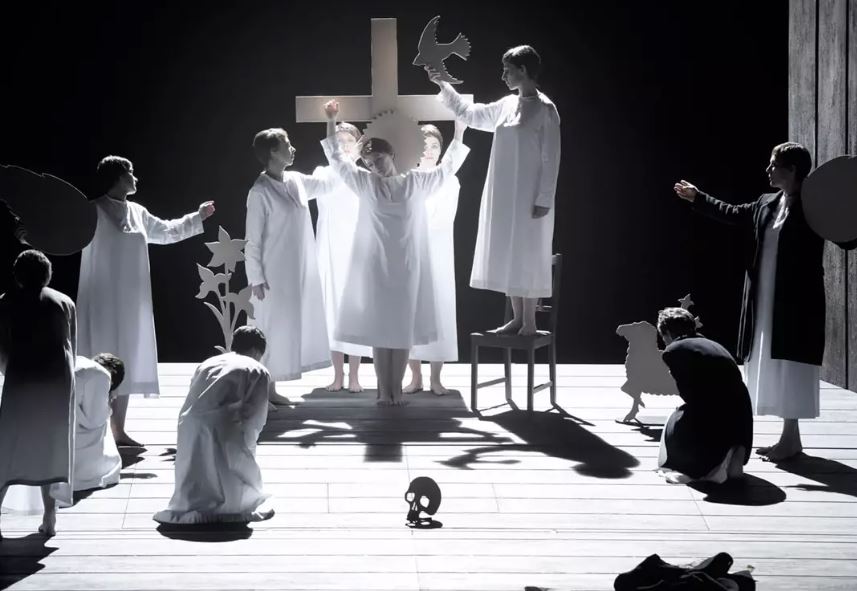 Olivier Py, author, director, actor, and director of the famous Avignon Festival from 2013 to 2022 is coming to San Francisco for the first time to present Dialogue des Carmelites, an opera by Francis Poulenc. This modern opera was first performed in Milan in 1957.

The action begins in April 1789. Blanche de la Force, a young but particularly fearful Parisian aristocrat, announces to her father her intention to enter the Carmel of Compiègne. The mother superior of the convent receives her and asks her to convince her of the reasons which push her to join this religious order. Become a novice, Blanche will live the last days of the congregation that the French Revolution wants to eradicate. The troop invades the convent, but Blanche manages to escape.

Religious orders are dissolved and all nuns are sentenced to death. They climb the scaffold singing the Salve Regina. When the song stops, at the death of the last sister, Blanche, who was watching from the crowd, resumes the song and climbs the scaffold in her turn.