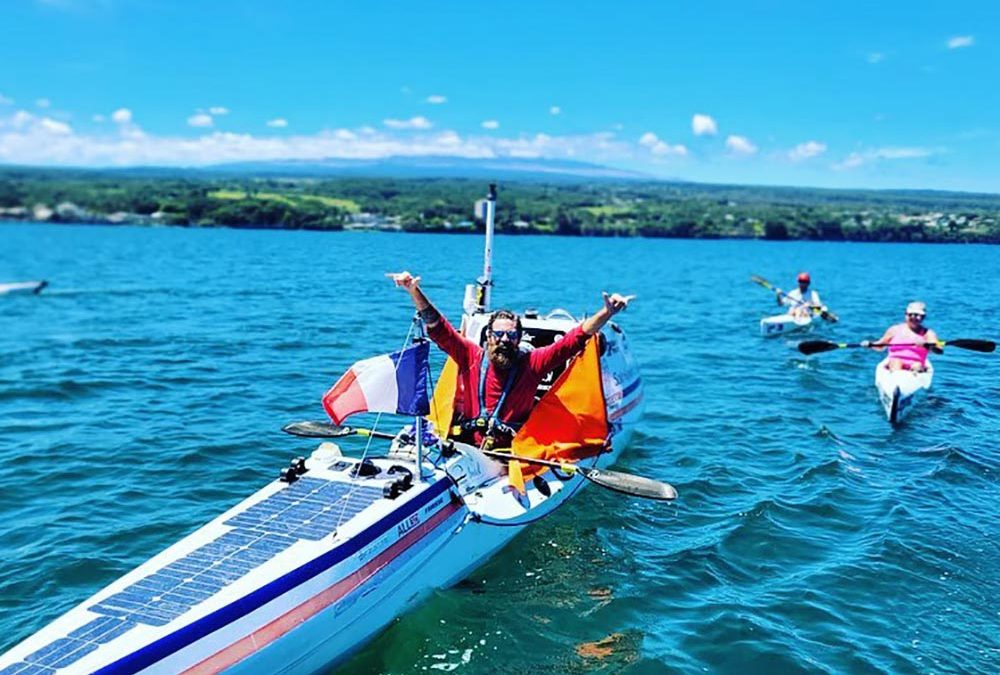 Cyril Derreumaux is now the second man to have successfully completed a solo crossing in a kayak exclusively propelled by human power and without assistance!

For his second attempt, he has paddled more than 9 hours a day for 91 days – instead of the anticipated 70 – and has covered nearly 2,400 nautical miles (4500 km) from Monterey to the port of Hilo Bay, Hawaii!

Departing Monterey on June 21, 2022, he arrived in Hilo Bay, Hawaii on September 20, 2022. He managed the crossing aboard his completely custom-designed “Valentine” seven-meter kayak.

We previously met Cyril Derreumaux in May 2021 before his first attempt to cross the Pacific, and we are delighted to see him succeed. Obviously, this adventure brought him some unexpected events. Beyond great fatigue, he had to deal with a leak at the back of his boat, some battery problems, a breakdown of his water maker, and an encounter with the tropical storm “Estelle” which forced him to stay sheltered in his cabin for 2 days with winds of 25 knots. And finally, as the journey lasted more than the anticipated 80-day, he had to ration his food.

It is a project that required long-term preparation, whether financial, physical, mental and material. All these years of designing his kayak and of mental preparation have forged his mindset; he was ready and he made it!

Ed Gillet, his inspiration, had achieved this feat in a kayak, solo and without any assistance but had a sail on his boat. Cyril had chosen 100% human propulsion. There are of course other solo crossings but with other types of boats. Kayaking has a major challenge because it requires being very close to the water in order for the paddle to enter the water efficiently. 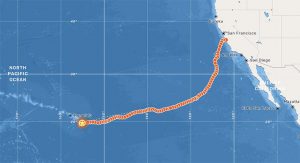 “I am no longer the same man” he reports to the French newspaper L’Equipe, and it is overwhelmed by his emotions that he sees his loved ones again on Hilo bay’s wharf. His girlfriend, parents, and friends traveled to Hawaii to welcome him!

With humility and overflowing emotion, he recounts the strength and gentleness of the ocean and his relationship to the elements, seeing in the arrival of a bird a sign from the universe. A moving sequence that you can find on his Facebook.

To learn more about his journey, visit his website https://solokayaktowaii.com