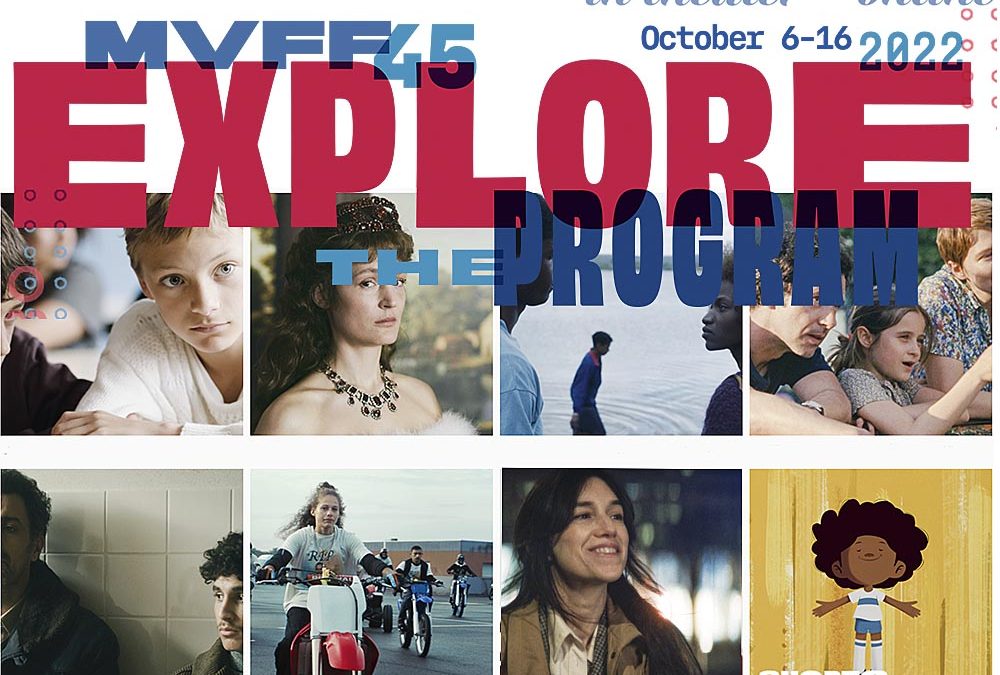 We have focused on the French and French-speaking selection (directors, actors, or subjects) but the programming is much broader. If the film is in French, it has English subtitles.

Belgian director Lukas Dhont explores the delicacy of boyhood and the shifting dynamics of male friendship with heartbreaking intimacy in his assured sophomore feature. The winner of the Grand Prix at this year’s Cannes Film Festival, Close chronicles the bond between 13-year-olds Léo (Eden Dambrine) and Rémi (Gustav De Waele), who seem inseparable—until their connection provokes teasing by classmates, leading to tragedy. Dhont, the director of the acclaimed trans drama Girl, collaborates with his sensitive young actors to create an indelible snapshot of adolescence so quietly profound and entrancing that it resembles a dream. Both a coming-of-age story and a deft inquiry into how boys struggle to process their feelings, Close is a movie about grief and denial, love and acceptance. Dambrine and De Waele, making their big-screen debuts, movingly play kids becoming aware of the emotional challenges that the wider world has in store for them. —Tim Grierson

Magnetic star Vicky Krieps (Bergman Island, MVFF44) vividly inhabits Empress Elisabeth of Austria in writer-director Marie Kreutzer’s (The Ground Beneath My Feet) examination of the beloved, restless, and occasionally scandalous 19th-century ruler at midlife, a performance for which Krieps won Best Actress at Cannes’ Un Certain Regard. In this whimsical portrait, the woman known as “Sissi” is coming to terms with turning 40 and feeling constricted — as much by her social role in her dysfunctional marriage to the emotionally distant Emperor Franz Joseph I (Florian Teichtmeister) as by the corset that lends the film its name. Using a cool palette and a preference for understatement, Kreutzer deftly renders the social realities of the period, while offering fresh insight into the plight of a woman trapped by the beauty of her public image. With complex intelligence and verve, Krieps refreshes our notions of female regality, and of costume drama. —Ananya Kumar-Banerjee

Spanning twenty years, Léonor Serraille’s beautifully sweeping second feature follows Rose (Annabelle Lengronne), who moves from the Ivory Coast to France in 1989 with her two sons Jean and Ernest. Presented in triptych form, each section explores one of these three richly-scripted characters. In the first section, Rose, independent and forthright upon her arrival in Paris, resists being tied to a man until paramour Thierry (Thibaut Evrard) woos her to Normandy. This shift in locale prompts the first shift in perspective, centering on teenage Jean (Stéphane Bak), the eldest son, and the challenges of adolescence. In the film’s final segment, the focus turns to Ernest (Kenzo Sambin and Ahmed Sylla) as he tries to reconcile the distance he feels towards his mother and brother. With warmth, humor, and terrific performances, especially from Lengronne, Mother and Son is a masterful portrait of diasporic familial bonds and the complexities of parenthood. —Rod Armstrong

Even more moving for eschewing excess drama, writer-director Mia Hansen-Løve’s subtle film is a bittersweet exploration of how the vicissitudes of fate and the passage of time shape identities. Sandra (Léa Seydoux), a translator and single mom shares responsibility with her sister and mother for her father, a former philosophy professor (Pascal Greggory) suffering from a neurodegenerative disease. Moving between visits with her dad, her work, and time with her daughter, she encounters an old friend, Clément (Melvil Poupaud). When their platonic relationship gives way to romantic desire, Sandra rediscovers a part of herself, but their future remains uncertain. Cinematographer Denis Lenoir’s limpid 35mm cinematography effectively captures the breezy Paris parks, light-filled apartments, city streets, and bleak institutional interiors the characters navigate, and beautifully complements Hansen-Løve’s ability to evoke the changing seasons and rhythms of daily life. —Kate MacKay

Police brutality receives considerable media attention during our current Black Lives Matter moment, but French director Rachid Bouchareb’s (Days of Glory, MVFF29) drama serves to notice that it’s been a social ill for far too long. Looking back with anger at the cruel murders of Abdel Benyahia and Malik Oussekine in 1986 Paris, Our Brothers has the solemn air of a procedural, following Oussekine’s older brother Mohamed (Reda Kateb) as he tries to determine what happened to Malik, and discovers police who will stop at nothing to hide their misconduct. An Oscar® nominee and a producer of The Insult (MVFF40), Bouchareb uses this sobering true story, set against a backdrop of student protests for higher-education reform, to examine how the killings resulted from police arrogance and incompetence, and how law-enforcement officials conspired to bury the truth. Drawing a straight line between past and present, Our Brothers is enraging, but its fury also proves to be cleansing. —Tim Grierson

In French with English subtitles
IN PERSON: actor Samir Guesmi

Lola Quivoron kicks up major cinematic dust with her riveting feature debut. Julia, a young woman in love with motorbikes and addicted to speed and dangerous thrills, takes her swagger to the limit to infiltrate an all-male pack of riders. Newcomer Julie Ledru plays Julia with unnerving toughness as a woman who will do anything to ride, even masterminding a bold heist to prove herself to local kingpin Domino (Sébastien Schroeder), who runs a crime ring from inside jail. A top prizewinner at Cannes, the film relates a passionate story of single-minded dedication and nonconformity, while condemning the misogynistic underpinnings of biker culture. Julia stands out as a solitary figure in a man’s world, yet she’s fully in tune with another woman’s plight, putting her own safety at risk as she becomes increasingly protective of Domino’s wife and child. Raphaël Vandenbussche’s intimate cinematography, punctuated by adrenaline-pumping scenes that build to a stunning finale, make Rodeo a high-octane ride you will never forget. —Ela Bittencourt

The dissolution of a marriage is always difficult, and it’s even more so for Elisabeth (the iconic Charlotte Gainsbourg, radiant), in early 1980s Paris. She’s never been in a relationship with anyone but the husband who’s left her for another woman; her two children will soon leave the nest, and she’s never held a job. But when she nabs a position working for the host (Emmanuelle Béart) of the late-night call-in radio show she listens to, her fortunes begin to change. As the decade progresses, Elisabeth comes into her own, as do her kids in part due to their embrace of Talulah, a mysterious young drifter (Noée Abita). At once low-key and sweeping in its scope, reminiscent of Boyhood in its expansive slice of ordinary life, director Mikhaël Hers’ astutely-observed, compassionate and warm-hearted drama draws fine work from its veteran and emerging French talent. It’s also got a killer soundtrack of vintage Europop faves. —Dennis Harvey

SHORTS FOR ALL – Age 5+ – Puppies, babies, and bears, oh my! We’ve once again scoured the globe for the best collection of animated short films for audiences of every age to enjoy. Funny characters and curious kids mingle with gentle lessons about kindness to animals, why not to be afraid of being afraid, how dandelions are born, and so much more!

Nonverbal and in English

If you are not familiar with the MVFF, be careful, tickets sell out quickly. For those who want to enjoy the MVFF without leaving their sofa, there is a full online offer. Ticket sales here