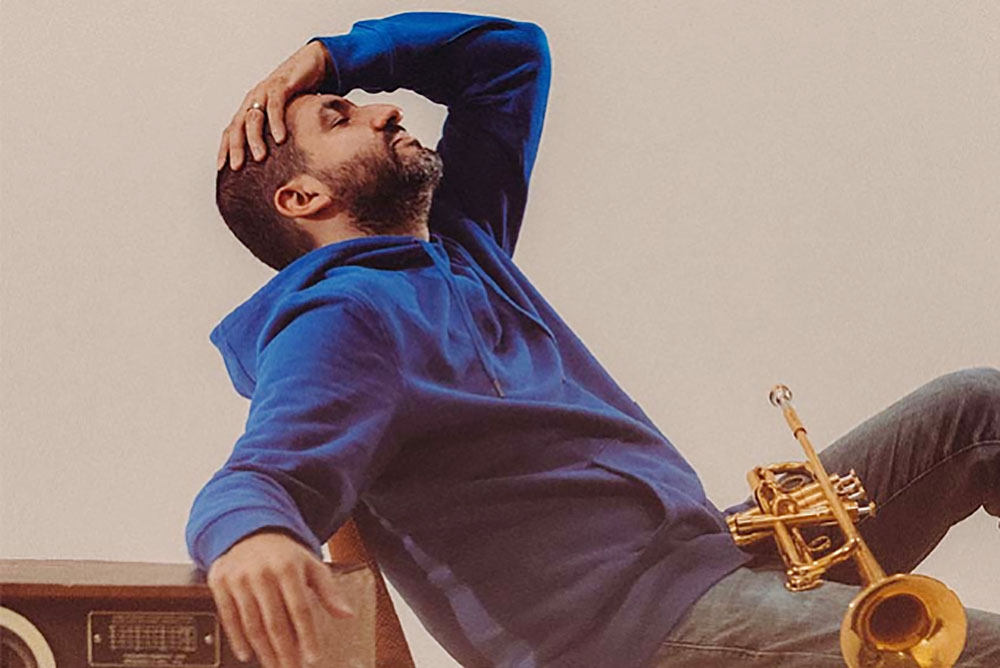 Ibrahim Maalouf will be performing at the Bimbo’s on October 6th, 2022.

With his 16th album Capacity to Love, Ibrahim Maalouf wants to make an impression with brand new, surprising, and innovative popular music, once again where you least expected him.

Ibrahim Maalouf went from prizewinner of the greatest international classical trumpet competitions around the world to become the most popular jazzman on the French musical scene. Selling out the Volkswagen Arena in Istanbul, the Lincoln Jazz Center in New York City, as well as the Kennedy Center in Washington, he became, in 2016, the first jazzman in history to have the largest concert venue in France, the AccorArena of Paris Bercy.

Scouted by living legend Quincy Jones, and described by the New York Times as a “virtuoso”, Ibrahim has worked over the years with Wynton Marsalis, Angélique Kidjo, Melody Gardot, the Kronos Quartet, Trilok Gurtu, Josh Groban, Marcus Miller, Salif Keita, and many more.

In 2021, he made an appearance on the Late Show with Stephen Colbert alongside Jon Batiste, who presented him as a “living legend of jazz.”

After he was invited by Sting to play alongside him at the reopening of the Bataclan in Paris, he then paid tribute to Tignous, one of the Charlie Hebdo cartoonists who was brutally murdered, at his funeral. He also honored the memory of the victims of the Paris terrorist attacks of fall 2015 in a national tribute, composing a hymn sung by young French star Louane.

Over a few years, the musician, film score composer and multiple times award-winner (Victoires de la Musique, Césars, Lumières…) has become a compelling artist and a symbol for intercultural dialogue, to the point where he was chosen to play the national anthem in front of the Eiffel Tower in Paris, on July 14th, 2021, the performance was broadcasted on national TV for 6 million viewers.

Mimi-Sama, French Tattoo Artist and Manga Specialist
Should you buy your plane tickets for summer 2021?
Concert - Charlotte Adigery at the Rickshaw Stop
Ice cream anyone? Our selection in San Francisco Bay
New Stand Up Comedy Show Hosted by Clara Bijl in Oakland
Concert - Papooz at the Independent in May 2022