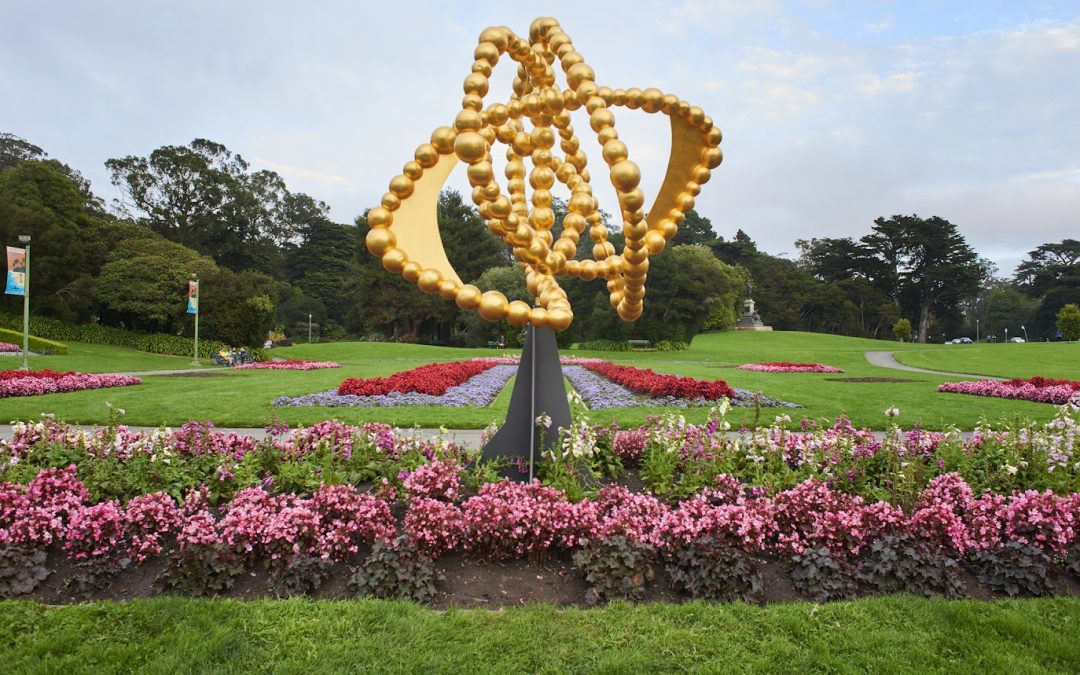 Suffering from multiple delays during the last two years, the ceremony will take place on Sept 15th, 2022 and it will be a genuine happening by itself!

The program has just been updated with a concert by L’Impératrice. If you don’t know them, L’Impératrice is a French Disco-Pop group that performs all over the world and 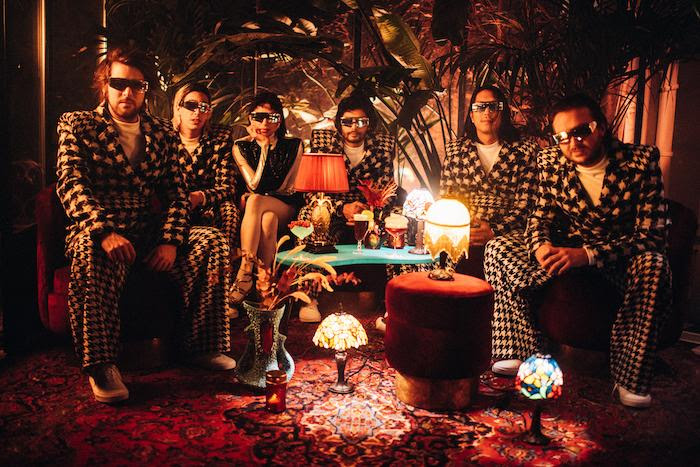 delights its audience with its electro-pop songs. Composed of six people, L’Impératrice will perform for one-hour at 6 p.m., presenting part of their latest album Tako Tsubo.

The  concert will be preceded by a performance by choreographer Dimitri Chamblas. Titled Slow Show, the site-specific performance will feature an ensemble of 50 local performers and music by composer Eddie Ruscha, a “pop-up event that aims to bring communities together” as Chamblas describes it.

The Rose des Vents, the glistening gold sculpture that is now in front of the Conservatory of Flowers, has been installed in September 2015 by Gallery 836M in partnership with the San Francisco Recreation and Park Department and the San Francisco Arts Commission. Originally, it was due to stay there until January 2016 but its stay was extended several times as founders of 836M Julie and Sébastien Lépinard—who are longtime devotees of the artist—sought to make the installation permanent. “We wanted,” said the couple, “to mark the long and deep association between two cities known the world over who share similar values about life, beauty, and art, San Francisco and Paris.”

Following a public outpouring of appreciation for La Rose des Vents, the artist and owners of the sculpture gifted the piece to the City’s Civic Arts Collection. Its permanent placement in the gardens adjacent to the Conservatory of Flowers was approved by the Recreation and Park Commission on Dec. 6, 2018. Its permanent installation falls during Golden Gate Park’s yearlong 150th-anniversary celebration, but back then, the inauguration could not happen because of Covid-19. 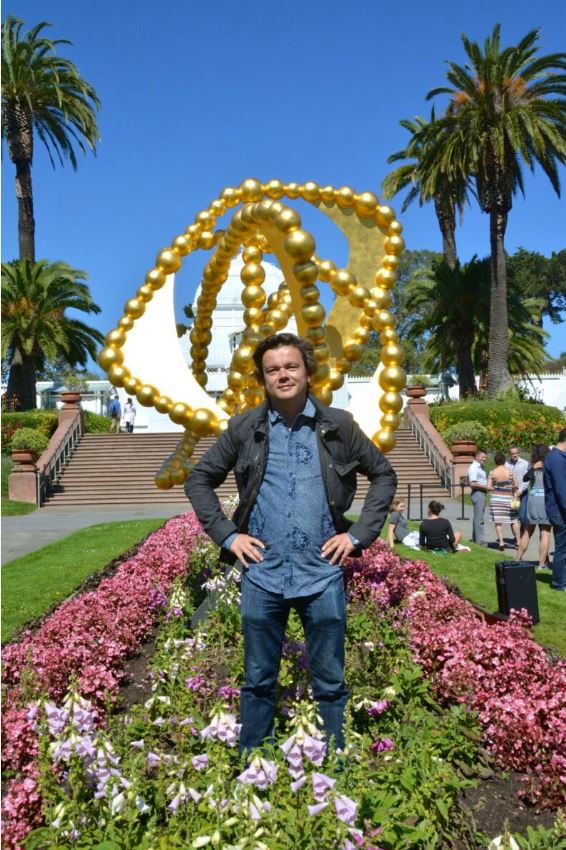 La Rose des Vents by Jean-Michel Othoniel pays homage to the compass rose, an ancient device used to gauge wind direction. Since it had been free to shimmer in the sun, move with the wind or glisten in the rain, it has intrigued and delighted tourists and residents alike.

Why the Conservatory of Flowers?
Othoniel has a long association with flowers and gardens, and much of his work is inspired by them: in the same year La Rose was first installed in the Golden Gate Park, he won an international competition in collaboration with French landscape architect Louis Benech for the opportunity to renovate the Water Theater grove in the gardens of the Palace of Versailles. The resulting three sculptures, Les Belles Danses (The Beautiful Dances) opened in May 2015 and evoke King Louis XIV dancing on water. Othoniel is the first contemporary artist to have a permanent installation on the royal grounds in over 300 years.

“When I first came to San Francisco in 1999 for my show at the Yerba Buena Center for the Arts,” says Othoniel, “I went to Golden Gate Park to visit the Conservatory of Flowers and instantly fell in love with this wonderful historical place.”

About Jean-Michel Othoniel
Jean-Michel Othoniel lives and works in Paris. He began working with glass in the early 1990s after being introduced to some of the finest glassmakers in Murano, Italy. From 1996, he began creating artworks for specific places – hanging giant necklaces in the gardens around the Villa Medici in Rome and from trees in the gardens of the Peggy Guggenheim Collection in Venice. In 2000, he received an invitation to transform a Paris subway station into a double crown of glass and aluminum for his work, Le Kiosque des Noctambules. In later works for the “Crystal Palace” exhibition at the Fondation Cartier in Paris and MoCA in Miami, Othoniel made blown-glass enigmatic sculptures that resembled jewelry, architecture, and gigantic erotic objects. By 2004, he exhibited his freestanding glass necklaces at the Musee du Louvre In 2011, his important retrospective, “My Way,” at the Centre Pompidou in Paris also traveled to the Leeum Samsung Museum of Art/Plateau in Seoul, the Hara Museum of Contemporary Art in Tokyo, the Macao Museum of Art in China, and the Brooklyn Museum of New York. Jean-Michel Othoniel is represented by Galerie Perrotin in Paris.

OFALycée, The choice of French remote learning for all the right reasons
France Channel hits the mark with the daily series
Concert French Electro-Pop: Bon Entendeur
Webinar FACCSF - What's next in the food industry?
Cinema : Tribute to French Film Legend Jean Gabin
Halloween - Our Selection of Pumpkin Patches in San Francisco and around