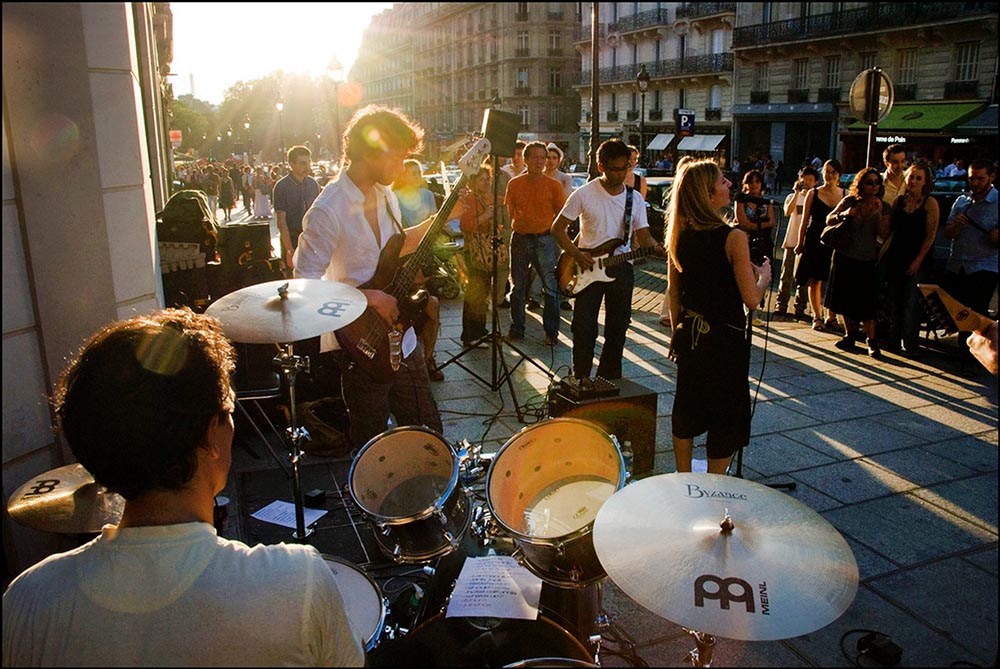 “The Music Festival has been set for a unique and symbolic date, June 21, the day of the summer solstice. A major free popular event open to all musicians, amateurs of all levels or professionals, it celebrates living music and highlights the breadth and diversity of musical practices, as well as all musical genres.It is aimed at all audiences and helps to familiarize all musical expressions with young and old of all social conditions.”, to find out more, visit the dedicated website.

To celebrate music together on June 21, 2022, we have found three French events in the San Francisco Bay Area.

It all started in 2001 when Thierry Gabe Pirard and his sister Mimi arrived in California from France, bringing with them their love of music and song. After a few successful shows they added a violin (Magali Sanscartier), a saxophone (Jimi Inciardi), drums (Zach Morris), bass (Jomial Jones) and the mysterious spirit of Dgiin was born. Since then, the group has played hundreds of concerts from the Bay Area to Oregon. Dgiin’s music mixes French, English, Spanish, frenzied rhythms, improvisations tinged with influences from Django to New Orleans through hot jazz and French song. Dgiin has won  the title of best group in the North of the Bay by the magazine “The Bohemian” for two consecutive years.

Drinks and snacks will be on sale on site and the profits will help support the Alliance Française activities.

The Alliance Française of Berkeley resumes its musical picnic:

In the pure spirit of the Fête de la Musique, the Alliance Française de Berkeley invites you to meet at Temescal Park with your instruments for a musical picnic Outdoor event. Everyone is welcome !

With international awareness, the Fête de la Musique is  spreading in several countries and is called Make Music Day in the US  and includes several events, the official program here.