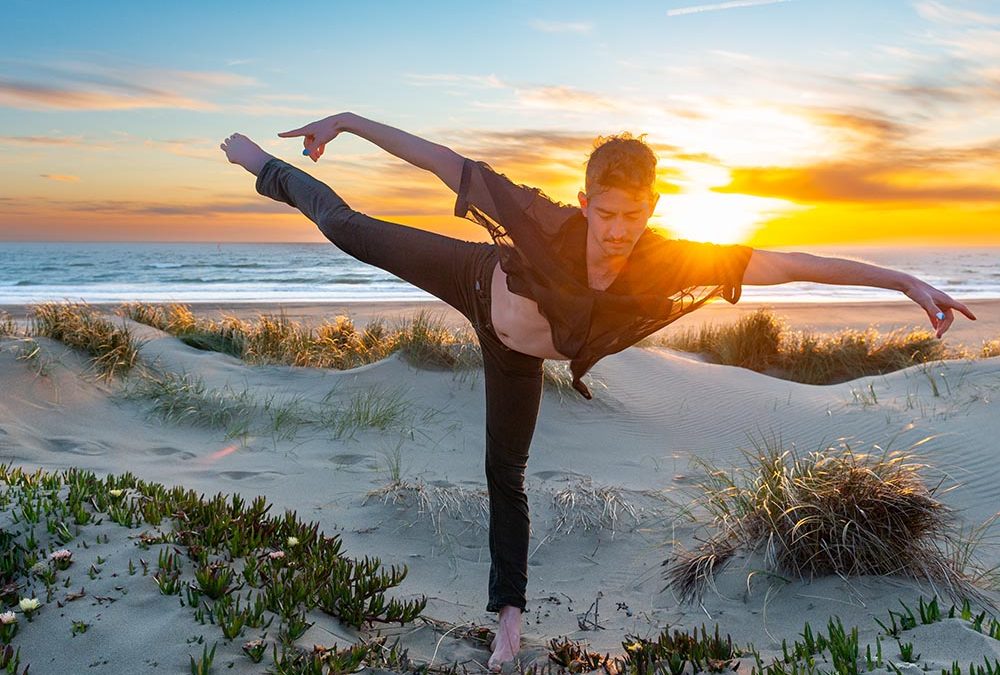 Lorris Eichinger is tall, very tall. He is 6.5ft high and it turns out to be important in the dance world; he has always been aware of it, like the fact of wanting to become a dancer.

Lorris Eichinger is a French dancer who is part of the world-renowned dance company Lines Ballet, based in San Francisco. We recently met him and he told us how his journey led him to San Francisco which he now calls home and also that “it may seem really cliché but since I was a kid, I always knew that I would become a professional dancer”.

Born in France 28 years ago, Lorris started dancing seriously at the age of 10 at the Conservatory of Grenoble where he lived at the time. He quickly left for the Ecole Nationale de Danse de Marseille where he was able to combine dance and studies, a must for his parents who had always supported him in his project.

Even during the holidays, he took the opportunity to attend dance workshops. This is how during the summer of 2010 he was noticed during an internship by the School of American Ballet in New York to join the prestigious school!

He then left France at the age of 16 to settle alone in New York City.

Founded by Balanchine, The School of American Ballet is the dance school of the New York City Ballet, where Lorris trained for 3 years and then at 19 it is already time to enter professional life. After a stint in Seattle at the Northwest Pacific Ballet, he returned to France to dance with Le Jeune Ballet de Lyon, and then the Dutch company De Dutch Don’t Dance.

He then chooses to move to Israel to join the Kamea company where he will spend three intense, very formative years packed with performances and where he formed beautiful lasting friendships.

However, at the same time, he auditioned for Lines Ballet of San Francisco and was admitted to the second audition. He had long dreamed of joining Lines: “I am fascinated by the world of Alonzo King and I admire his collaborations with so many artists” explains Lorris. “I find Lines to be at the intersection of Ballet and contemporary, the perfect mix” according to him. 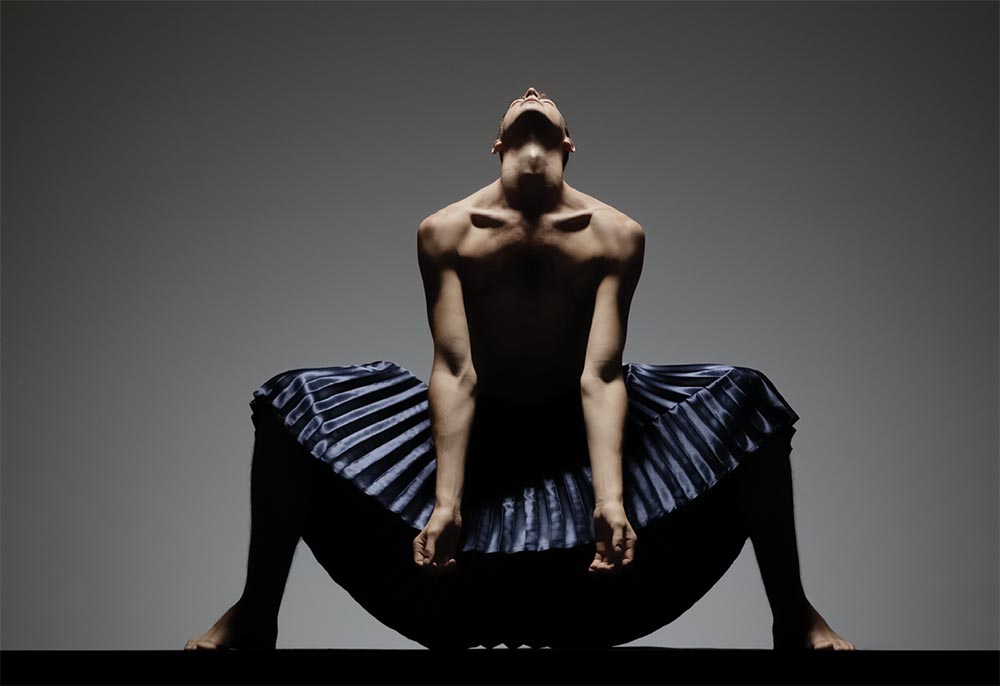 He thus began his career at Lines in 2019 with the feeling of having found his place, because “it’s a company of tall dancers”. Everyone is tall at Lines, so we have the same “vocabulary and speak the same language, I can express myself fully, for example when I cross the stage I don’t need to shorten my stride!“

“I also found a second family within the company, I feel part of a whole.” Because even if Lorris has been used to living far from his family since he was very young, it is not always easy on a daily basis.

But Lines Ballet takes him on tours five months a  year, most of which in Europe with many shows in France. And it’s a bit of consecration to be able to dance at the Théâtre du Châtelet in Paris… or even in Grenoble!

In 2020 the pandemic put dancers at a stop; no more tours no more shows and no more classes together in the studio. From a strict daily training and discipline, the dancers went through a period of great emptiness facing the unknown, struggling to reinvent themselves at first.

Alonzo King dancers managed to channel their energies by creating the video series called There is no Standing Still for which each dancer is filmed separately, in an outside setting, throughout the US, performing their own part to eventually form a collective choreography that has caught the attention of The New York Times.

“You cannot chase away the darkness with a stick,” writes Alonzo King in his artistic statement, “you must open the window of intelligence so that the light can enter.” 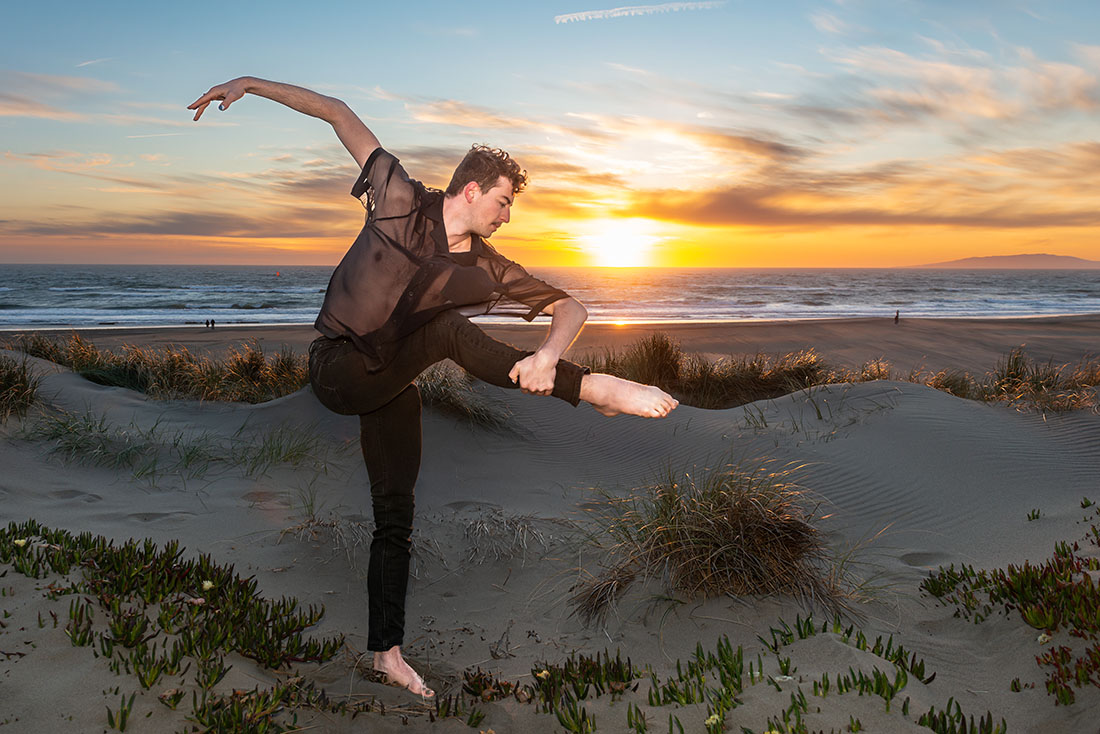 It was quite a saving moment for Lorris, as was the retirement in Arizona in November. While in the midst of the pandemic, but with restrictions easing, the company was able to create a “bubble” in residence. Inspired by the first experience of the video There is no Standing Still, Alonzo King is making a dance film that is both filmed on stage and in nature, it’s called Origins and should be released in a near future.

Lorris, therefore, continued his journey with Lines, resuming touring at the end of May 2021 with their show Azote.

At the same time, he was preparing the latest show Deep River and then the accident! At the end of March 2022, while on tour, Lorris injured his ankle and had to stop abruptly. He is first overwhelmed with pain and then with guilt.

His stopping implies many changes and impacts the other dancers requiring various adaptations. And even if the company is treating him well, he feels helpless and nourishes this feeling of no longer being of use.

This forces him to reflect on his profession and his career. Indeed, the career of a dancer means an early retirement, around 45 years old and he stresses that it is important to think “about the after….before”. So he currently leverages this forced physical break to take online courses and prepare for a bachelor’s degree in Psychology and other potential training to consider the next job.

In the meantime, you can see the latest Lines Ballet performance Deep River in Santa Rosa on June 10, Th 2022… without Lorris.

French movie - Keep an eye out with Benoit Poelvoorde (2018)
Bikes, electric scooters or fluffy unicorns... Move freely!
A Frenchman Prepares to Cross the Pacific Ocean Solo with His Kayak
Our Netflix Selection of French Movies - October 2021
A Magic Saturday Night at Audio SF with Magia Party
Musical - Les Miserables, from Broadway to San Jose in 2021