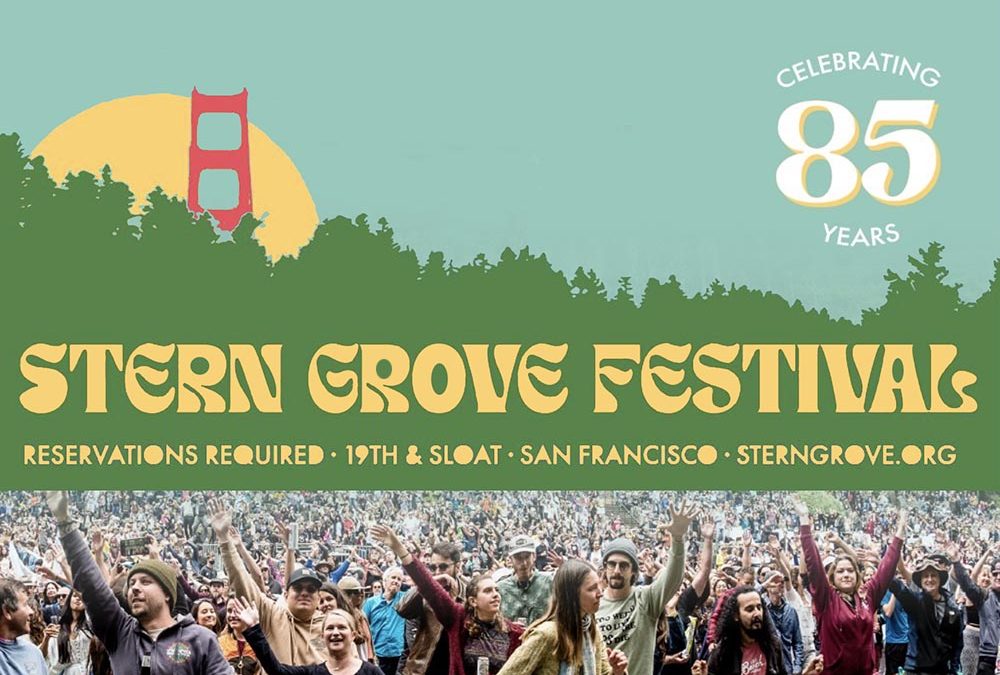 The famous free and open-air music festival that takes place every Summer in San Francisco, returns from June 12 to August 14, 2022.

While celebrating its 85th edition and always hosting more attendees, you have to BOOK to attend, but it’s still100% FREE!! Please be advised that booking is opened 12 days in advance of each concert, not before.

Here is the line-up for 2022, and as usual, it’s impressive and eclectic!

June 12th, 2022
– Tower of Power – Blending soul, funk, jazz, and rock like no other band, Oakland’s Tower of Power has been creating its own unique sound for over fifty years. Formed in 1968, window-rattling grooves and a raucous party spirit remain staples of ToP’s live performances. Perhaps that’s to be expected when you have ten musicians of the highest caliber all sharing a stage. In addition to ToP’s own extensive list of hits, the group has also served as a backing band for Otis Redding, Elton John, Santana, the Grateful Dead, and countless others. And in the process, they defined an “Oakland soul” sound that’s today as instantly recognizable as those of Detroit and Memphis.

– Too $hort – Todd Anthony Shaw, better known by the stage name Too Short (stylized as Too $hort), is an American rapper and record producer. A pioneer of West Coast rap, he began recording in 1983, drew renown in Oakland’s underground rap scene, and signed a major deal in 1987. Famous as the mastermind behind classic tracks like “The Ghetto” and “Blow the Whistle,” Too $hort continues to record, collaborate, and perform for fans in Oakland and across the world.

June 19th, 2022
– Tora y Moi  Hard to describe his music but it encompasses the shaggy psychedelic rock of the 1960s and ’70s, and the airy sounds of 1990s mod-post-rock — taking listeners on an auditory expedition as if they’re riding in the back of Bear’s Filipino jeepney that adorns the album’s cover.
– Hello Yello, a brand new band that artfully bridges punk, grunge, emo and hip-hop.

June 26th, 2022
– Liz Phair Grammy-nominated singer-songwriter whose debut album, Exile In Guyville, is considered by music critics to be a landmark of indie rock.
Nashville-based Madi Diaz marks a full restart of her artistic career with “Man In Me,” her poignant debut single/video for ANTI-.
– Peaches Christ is a filmmaker, event producer and cult leader living in San Francisco.
In her 15th year as a professional DJ, LadyRyan is a Bay Area favorite — inspiring a sense of safety, joy, and belonging as a spiritual conductor and dedicated professional.

What is the Stern Grove Festival’s history?

Originally, the 33 acres site included a 19th-century inn that was surrounded by a grove of eucalyptus trees. This popular retreat for the rich and famous fell on hard times with the arrival of prohibition.

In 1931, Rosalie Stern purchased the property as she wanted to honor her deceased husband, Sigmund. And Sigmund’s family dates back to the early Levis days.
At the time, Rosalie was the chair of what would become the San Francisco Recreation and Park Commission. She bought the property which was famous for its micro-climate and exceptional acoustics, courtesy of the eucalyptus trees. 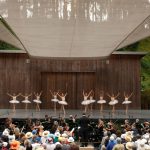 She then gave it to the city with three simple requirements. It could only be used for recreation and no religious or political activities would be permitted. True to her wishes, Stern Grove was inaugurated in 1932 with Chopin and Haydn concerts, and folk dances from Eastern European countries. 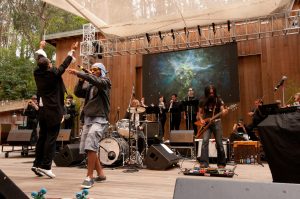 The site was completely renovated in 2004 with the addition of stone bleachers, the installation of new sound and lighting equipment, and changing rooms for artists … all for more than 15 million dollars again financed by private donors. 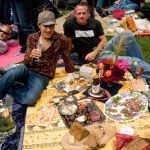 For the complete Stern Grove Festival 2022 Line Up, click here

Important details
• Take a picnic, sweaters, and blankets; it can be chilly even in the summer, this is San Francisco.
• Reservations are required and open up online via Eventbrite, 12 days prior to each show at 2 pm.
• General Admission reservations can be made for up to four people.
• ADA/Senior section reservations for up to two people are available but must be made over the phone: 415.252.6252, ext.112.
• Only ADA/Senior reservations may be made over the phone.
•Additional tickets will be released throughout the week prior to each show.
• There are three designated entrances, located at:19th & Sloat, Vale Ave., and 23rd & Wawona
• The gates open at 12 noon and the show starts at 2 pm.