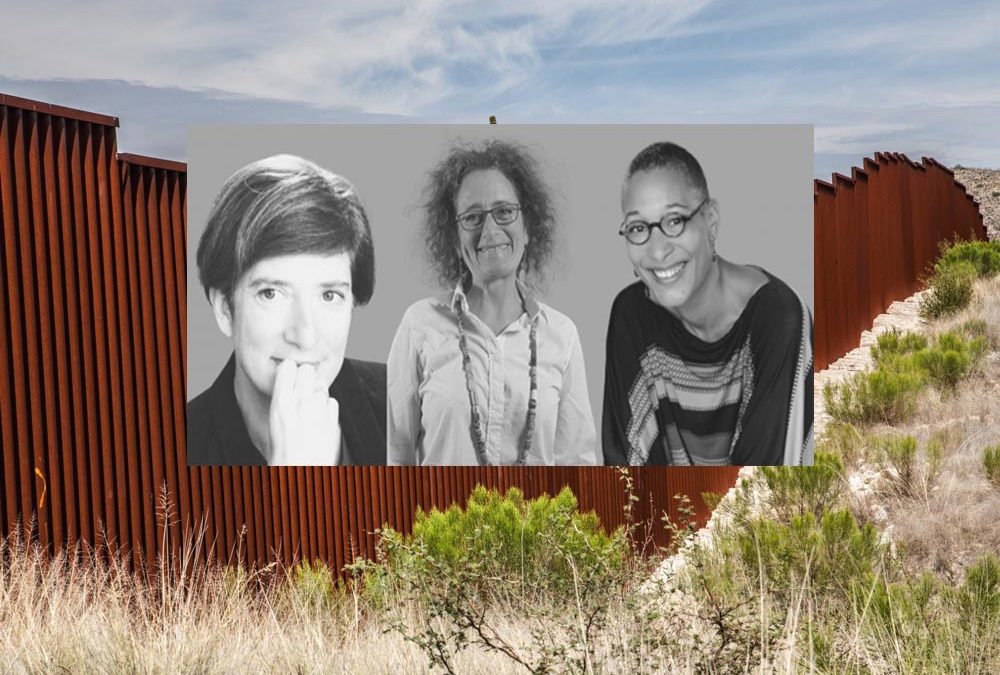 In early 2022, the Villa Albertine San Francisco hosted three women, Chloé Jarry, Aude-Emilie Judaïque, and Anne-Laure Amilhat-Szary so that they could work in the same location on their joint exhibition project called Exploring Borders.

Respectively a producer of immersive experiences, a radio documentarian at Radio France, and a geographer specializing in borders, it takes no less than these three different profiles to carry out their ambitious project: to create a traveling, interactive and immersive exhibition that will help us to understand the vast topic of borders.

Political borders, natural borders, temporary borders, artificial borders… There are all kinds of them. They are part of our daily lives and the news has recently called us to order whether through the pandemic or the armed conflicts.

Aude-Emilie Judaïque, who envisioned the exhibition project, is therefore particularly keen to carry it out and see the first iteration without delay.

Producer of radio documentaries on France Culture (podcasts here), she has long worked on the subject of migration and this is how her research on migratory phenomena throughout history has made her raise the question of borders.

She explains: “In 2016, while I continued to be interested in population migrations, I focused on Latinos who came to the United States. The “wall” was all over the news back then. I discovered the so-called Chicanos and their culture. Originally, this ethnic group that lives in Texas and California did not immigrate as one might think. They did not cross the borders, it was the borders that crossed them when their territories were annexed in 1848 at the end of the war between the United States and Mexico. And it was when I met them that I realized how much the border is a human construction.”

While imagining this Exploring Borders exhibition, she confides that she wanted to: “write a script for a virtual reality experience. I wanted to talk about the paradoxical relationship we have vis-à-vis the “wall”; how for example the “wall” protects us in our homes for example but how the “wall” isolates us and encloses us”.

This is how Aude-Emilie contacted Chloé Jarry, CEO, co-founder of Lucid Realities Studio, and producer of virtual reality experiences. The latter describes her role in a few words: “I have to find funding for the projects that are submitted to us and bring together the appropriate technical teams.” 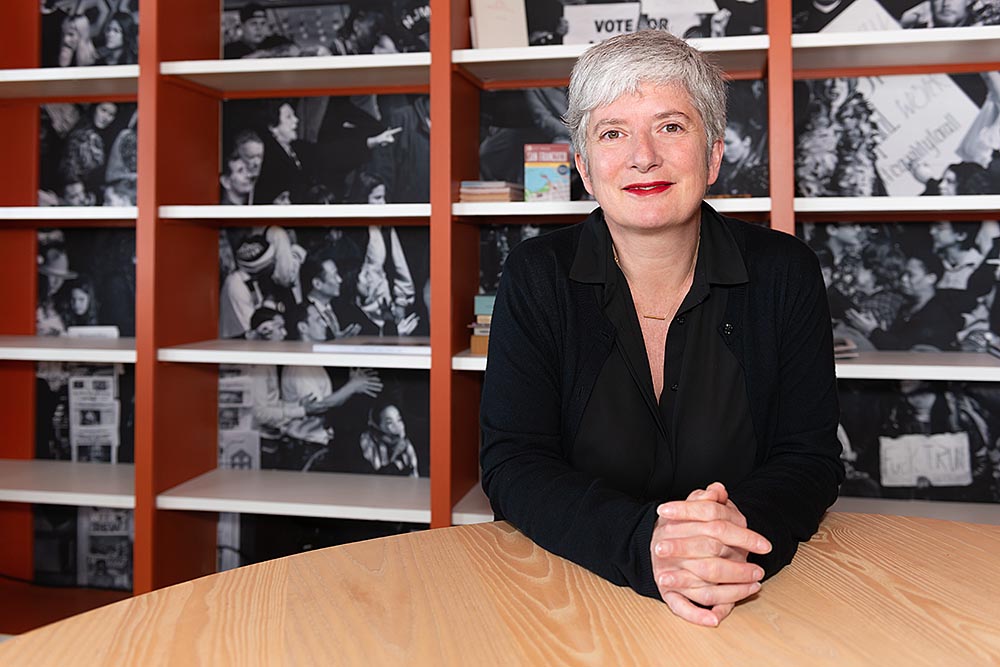 It seems that this ex-publisher of art books brings a little more than that to the projects she carries out with her teams. Indeed, several of her studio creations have been awarded at the Venice Biennale and even presented at the Cannes Film Festival.

So Chloé Jarry’s team helped the journalist work on the script, in order to make Aude-Emilie’s idea as “real” and as less “virtual” as possible.

Aude-Emilie Judaïque adds “It is the experience of the border that makes it real. Virtual reality is very relevant to the subject because it is the only medium that allows the visitor to experience the sensation. I want the visitor to become an actor and not just a spectator in this exhibition.”

Without describing the scenario in detail, she shared outlines with us “The part of the exhibition in virtual reality will allow the visitors to watch the earth from the sky, but as they will see the borders materialize, and to feel the presence of a wall… this wall that will surround and enclose them.”

She adds “Frontiers being a mental construct, virtual reality shifts the lines between reality and virtuality. It allows people to free themselves from the heaviness and constraints of reality and to try to imagine other ways of making borders. As consequence, during the VR experience, we will ask participants to invent their border and share their creation, their vision of the border with other visitors.”

Throughout the interview, Aude-Emilie insists on the fact that the experience will take on its full meaning when and if the visitors will meet and discuss their virtual experience.

The part that leverages VR will be preceded and supported by an explanatory exhibition on the subject of borders. It is mainly at this time that Anne-Laure Amilhat-Szary will have a critical role since her specialty is political geography, which she teaches in Grenoble.

Three benchmarks for the project at this stage:

Our protagonists are not lacking in creativity, they are already working on a documentary series. The goal is to create a conversation between politicians and artists and to hybridize scientific and artistic points of view… around the notion of borders.

So here is a project of the Villa Albertine San Francisco that should resonate well beyond the geographical border represented by the Bay of San Francisco.