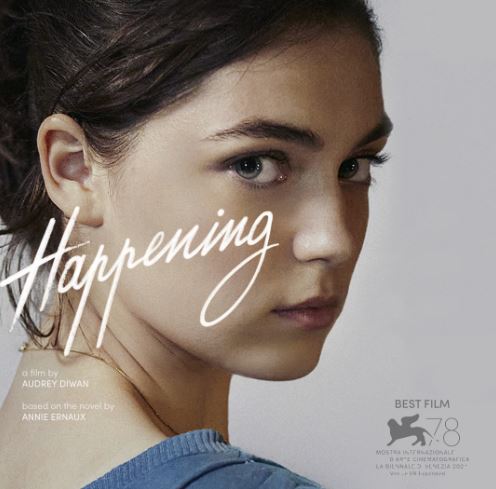 Presented at SFFILM Festival 2022, we had the opportunity to see “Happening“, by Audrey Diwan.

“Happening” is a powerful film from which we do not emerge unscathed. Tight framing, oppressive images, hard-hitting dialogues: here the cinematography is at the service of the nightmare that the heroine lives through, totally embodied by Anamaria Vartolomei.

She is a brilliant young student, who finds herself pregnant in a society that condemns the desire of women by forbidding them contraception and abortion.

Her desire to escape the destiny of a proletarian family leads her to recklessness, which breaks out, both in the classroom and in the back kitchen where she must remain silent despite everything.

It is a revolting race against time that retraces step by step those of Annie Ernaux, the author of the book of the same name, in 1963, four years before the legislation on the contraceptive pill, 12 years before the Veil Law. “Only such disturbing images can testify to the atrocities suffered by women’s bodies,” says the author.

This movie is a plea for women’s rights, still unwarranted today.