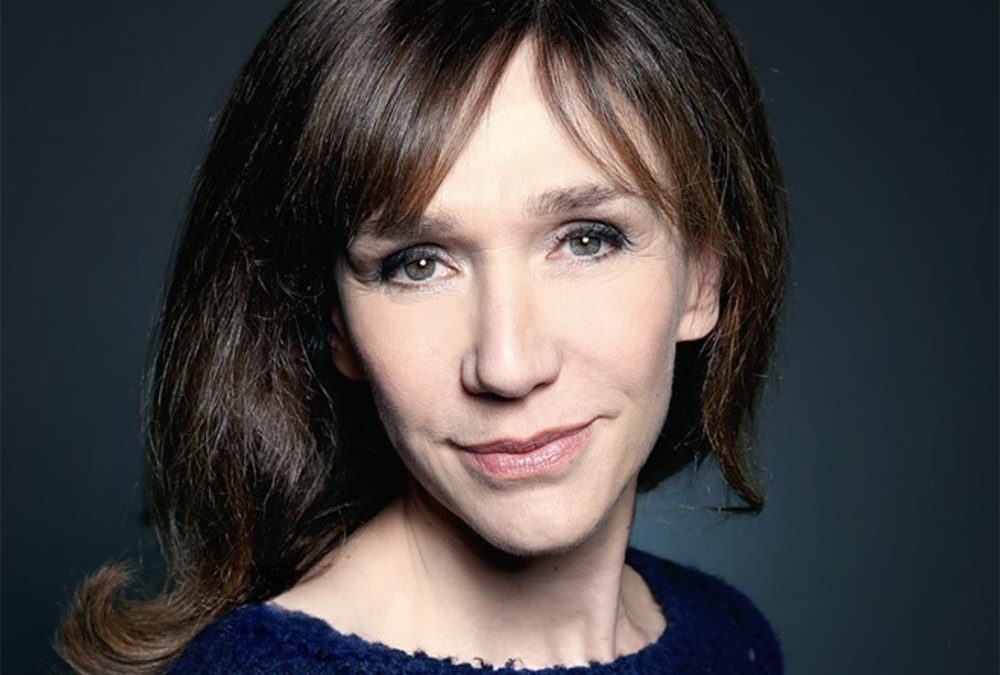 Virginie Lemoine talks about staging, an essential element in a play. As an audience, we sometimes forget as we are absorbed by the acting and the quality of the dialogues.

Tell us about this play you directed: what makes Stéphane Corbin’s text so interesting?

The fact that it’s based on a true story; when Stéphane lost his mother, he started writing short chronicles for 20 years. He had the idea to create a show out of this. It was extremely well written, very touching, very moving, and somewhat bitter.

It is a very human story, and the more the story is specific, the more it is universal.

It’s touching, but is it also funny?

Yes, it’s funny, and it’s essential. Personally, I strongly believe in the virtue of comedy. Stéphane had already written his short chronicles, but when he talked about making a play out of them, I asked him to add some humor.

That’s how we made the theatrical adaptation together. We wanted to add a lot of lightness to the topic.

What was the audience reaction when you performed Nos Années Parallèles for the first time in Avignon?

People were very, very touched, very moved. People came out of the room crying with emotion.

It is a play where everyone can find themselves since it talks about how to mourn someone by chatting with this person, even if it remains an internal conversation. It’s pretty universal to continue to speak to someone who died, especially if we were close to this person.

But mourning is not the only topic of the play. It talks about how this young man is struggling to build himself without his mother. And it is only little by little, leveraging the conversations he had with her, that he will manage to find his own way in life.

Isn’t this the first time you’ve worked with Stéphane Corbin?

No, indeed. Previously, we staged “31”, a play acted at the TLF a few years ago. We work a lot together. Stephane and I are almost like brothers and sisters.

Nos Années Parallèles is a musical piece: does that change your approach to directing?

Stéphane wanted it to be a musical play, and I thought it was an excellent idea. Music is definitely a plus when it’s nicely integrated narration. Both music and singing can illustrate an opinion or make a parenthesis. 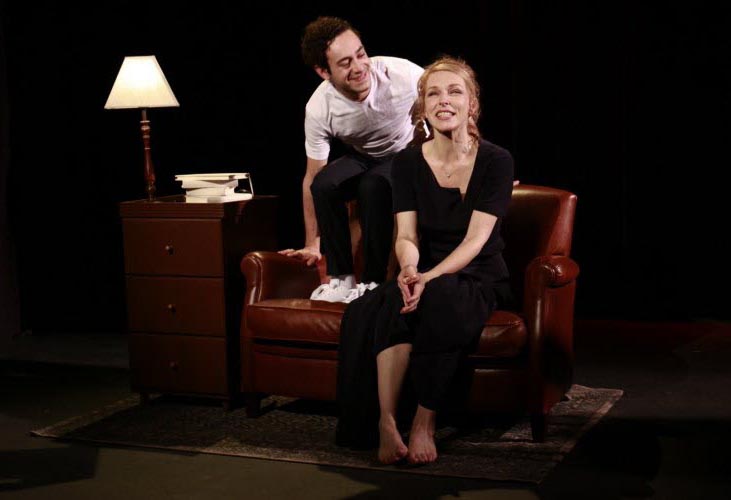 But that doesn’t fundamentally change my work; I stage songs like I stage texts.

What can you tell us specifically about the staging of this play?

When I discovered the text, I immediately suggested that the mother stays at the same place; we know from the beginning of the play that she is dead.

But it seemed important to me that she lives in a very comfortable place. I staged her with a small sofa, a bedside table, a rug, and a lamp. It conveys the idea that she has accomplished her life. Her son can enter her space, but she cannot leave it. She stays on her couch for the entire time of the show.

As for him, he lives on a stepladder. As you can imagine, it’s not very comfortable to live on a ladder; the roughness of the place parallels his emotional situation.

How do you go from acting to directing?

It’s the same job. I think it’s better to be directed by a director who is also an actor. I don’t really know how you can lead actors if you’re not an actor yourself.

Whether we are in the role of actress or director, we only change the prism; we are simply not on the same side of the stage, but the codes are the same.

Do you have projects for Avignon 2022?

A play by Matei Visniec, Petit Boulot pour Vieux Clown, that is between Italian comedy and Beckett. The show is going to be very, very funny and quite biting.

And I also staged La vie est une Fête, which tells the story of a man from the day of his birth to his 45th birthday. It’s both very touching and very funny. Stéphane Corbin wrote the music for this one.

Are we coming to San Francisco for the TLF performance?

Unfortunately no. I play Black Comedy by Peter Schaffer every night at Splendid Theater in Paris until the end of May. But I’ll be back.

If you haven’t yet taken your tickets for Nos Années Parallèles, hurry up, there may not be enough for everyone!