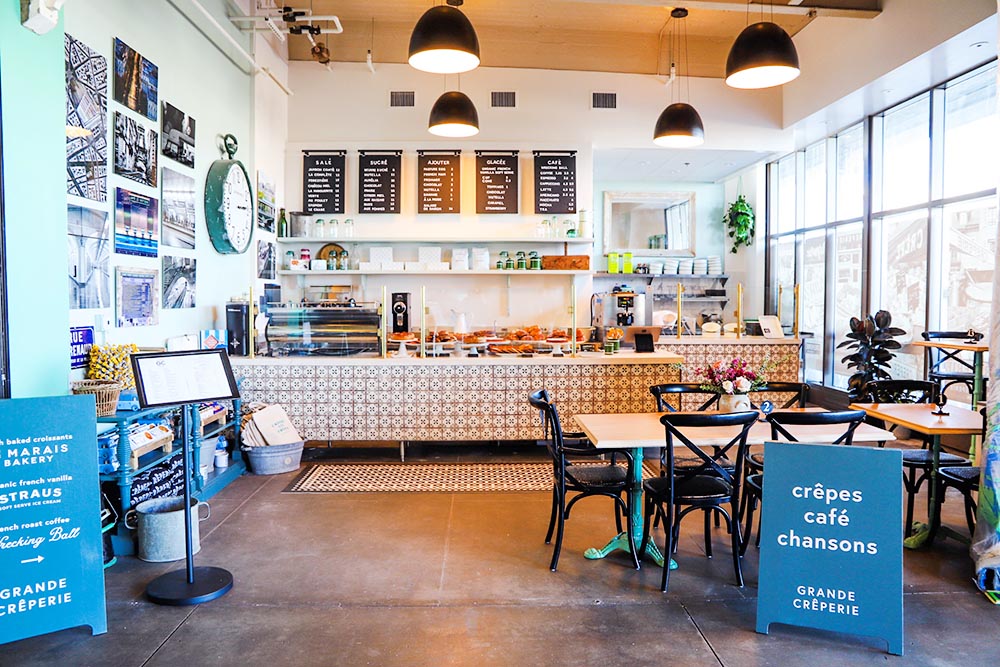 Le Marais Bakery is opening its Grande Crêperie in the Ferry Building, and after many setbacks related to the closure of its café/boulangerie on Chestnut Street, it’s a good thing, and mostly a long-time dream.

Patrick Ascaso had always had the ambition to start a crêperie! After opening three bakeries/cafés in San Francisco and Mill Valley, he finally hits the mark. He had initially planned to do so with world-renowned baker Gontran Cherrier but the latter has since been called on to other projects.

My ideal is “Crêpes and Champagne” says Patrick Ascaso! We don’t know if he will serve champagne but for the crêpes he really prepared.

Because properly making buckwheat crêpes (called galettes in French) cannot be improvised. It was Emmanuelle Condessa, owner of La Bara-K, a creperie located by the shore in Saint-Nazaire, who came to share her know-how both on the type of buckwheat flour to use for the galette and also to train staff in the use of the precious Billigs 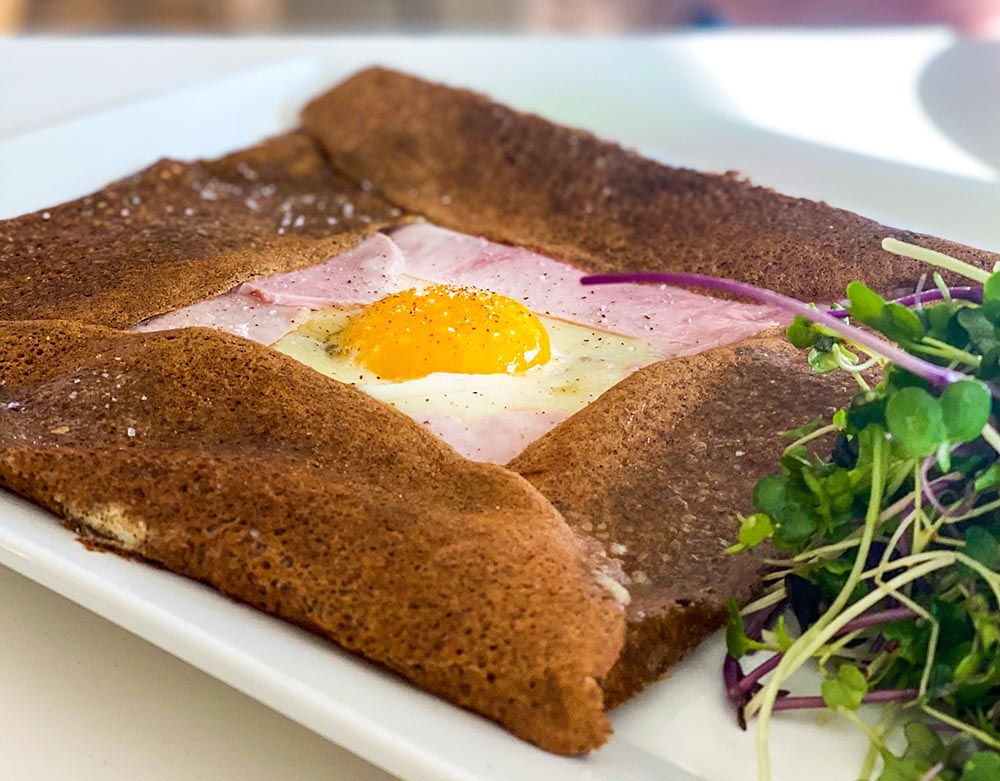 . Ascaso imported no less than 6!

We already hear the purists here “… but Saint-Nazaire is not Brittany!”. It has now been 15 years since Emmanuelle trained herself in France with genuine Bretons from Finistère to master the art of the galette. She learned a lot of tips and recipes there. Her favorite recipe is a basic one with good and simple ingredients and time for fermentation. Here she has tried several local flours with which La Grande Crêperie is going to start, but if that does not satisfy her completely, she will call on her buckwheat suppliers in France, such as the Moulin de la Fatigue or the Moulin du Don which, who, she insists, “produce a very rustic flour, barely modified .”

So six billigs and several weeks of training later, La Grande Crêperie is about to open its doors on March 9th, in the Ferry Building, which is gradually coming back to life.

On the menu, savory galettes, sweet crêpes, and pastries that have made the fame of Le Marais Bakery with their impeccable puff pastry, cider, Strauss soft-serve ice cream, and a little later a collection of cakes that Patrick calls “The cakes of my childhood”. ( Les gâteaux de mon enfance). 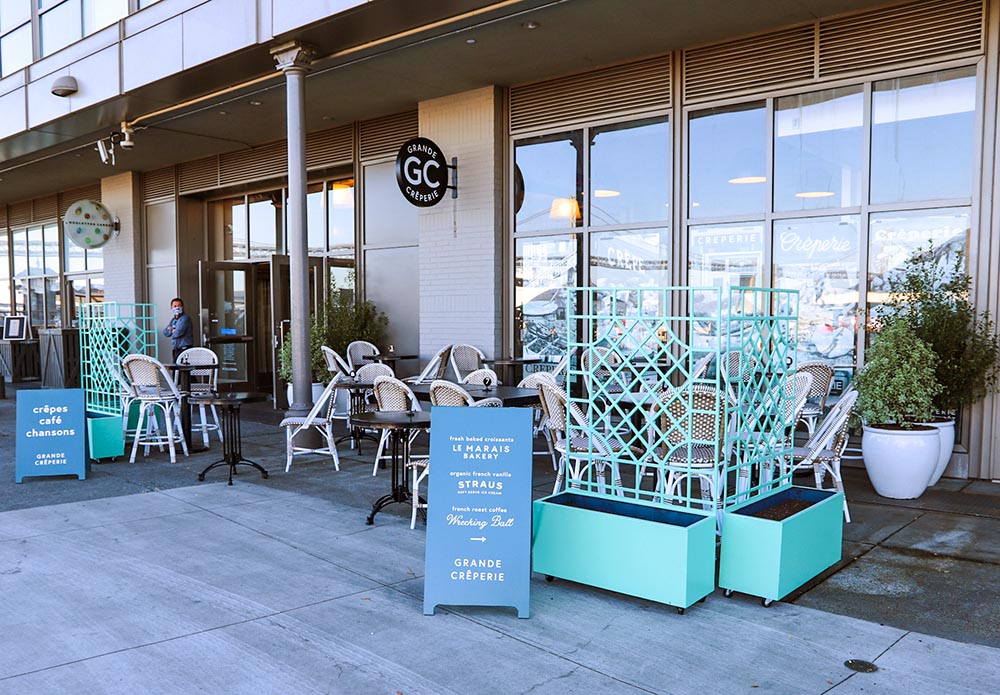 Nine different savory buckwheat galettes are between $12 and $18, and on top of the mandatory traditional “complète” Ham-Cheese-Egg, there will also be classic combinations like goat cheese spinach, mushroom-parsley-garlic and less classic like crab for instance. Also, nine different sweet crêpes priced between $8 and $13 with classic flavors such as chocolate, caramel (homemade of course), hazelnut paste, sugar, “tatin aux pommes” … We don’t list them all to keep a part of mystery.

“What matters is the quality of the ingredients” insists Patrick Ascaso, explaining that he favors local products such as fruits and vegetables that he finds at the Farmer’s Market. Nevertheless, for the butter, he wants to respect tradition and concludes by emphasizing: “The importance of butter for galettes is paramount, and we will use Isigny butter”

With 10 seats inside and 30 seats on the terrace, we can’t wait to enjoy La Grande Crêperie for a crepe with a view!