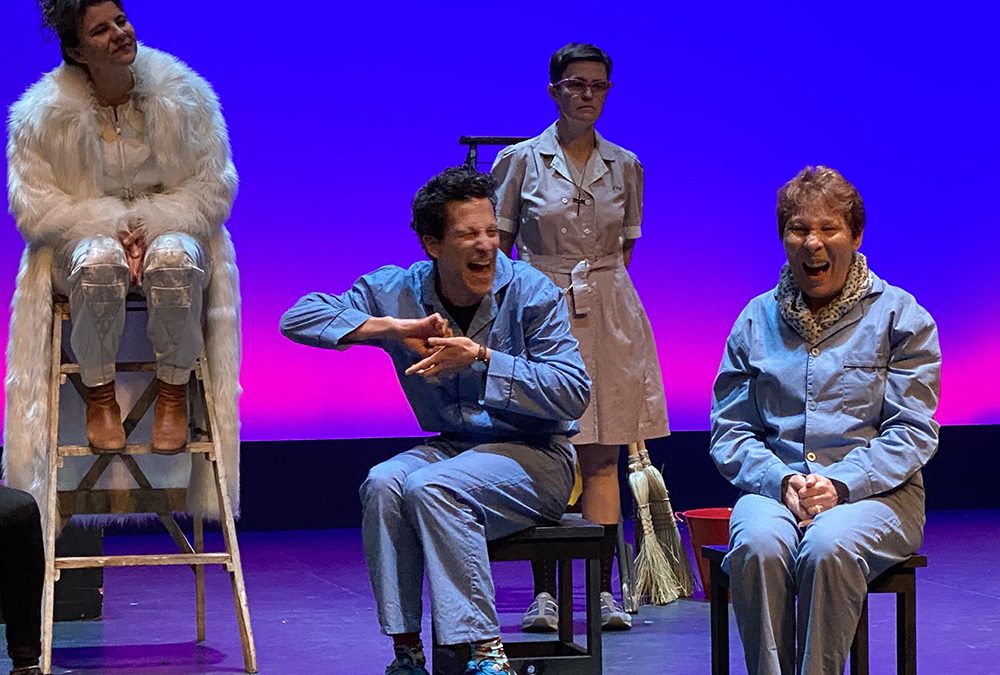 The intermission is over! TLF is back with the D-Boussole company and presents Flight over the Cuckoo’s Nest.

To escape prison, Patrick McMurphy will do anything, even fake madness. Interned in a psychiatric hotel, he discovers, beyond their madness, fragile and endearing beings subjected to the oppressive authority of the nurse Miss Ratched. Rebelling against the established rules, he will then wage a terrible war to conquer the hearts and minds of this small world. Considered globally as one of the great stories of our century, FLIGHT OVER A CUCKOO’S NEST is a merciless battle between good and evil, incredibly revealing of life today.

A cry of protest, funny and moving, against the rules of a society that restricts freedoms and kills differences. A dramatic comedy that offers us a hymn to freedom and the fury of living… Built like a denunciation of any totalitarian system, the story is that of a fight between individuals and a system that seeks to normalize them, crushing their identity. Beyond the criticism aimed at a repressive psychiatric system, Kesey’s novel appears as a denunciation of any totalitarian system with a single ideology, maintaining terror, encouraging denunciation, and controlling the possibilities of thought, expression, creation, and meeting. The character of Mc Murphy, through the human and fraternal dimension that he introduces, allows the story to oscillate between drama and humor, between darkness and optimism.

Frédéric Patto, director of the TLF, insists that “a whole strict health protocol has been put in place: air filters, seat spacing, verification of the vaccination card, wearing of a mask is compulsory” in order to guarantee representation in complete safety and allow cultural life to resume.

Let’s support the TLF and the D-Boussole company!