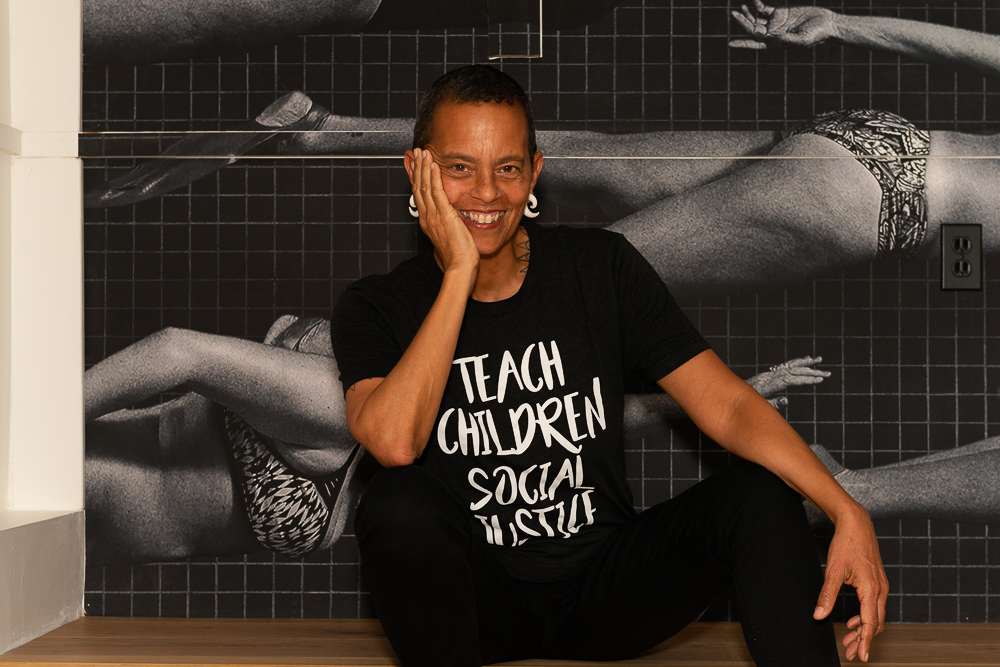 Starting its second season of residencies, Villa Albertine in San Francisco hosts a dancer, a choreographer, an artistic director, and an executive director.  And they are all the same person—Sarah Crowell.

Well known from the local communities, particularly those engaged in social justice, Sarah Crowell is the co-founder of the Destiny Arts Center in Oakland. 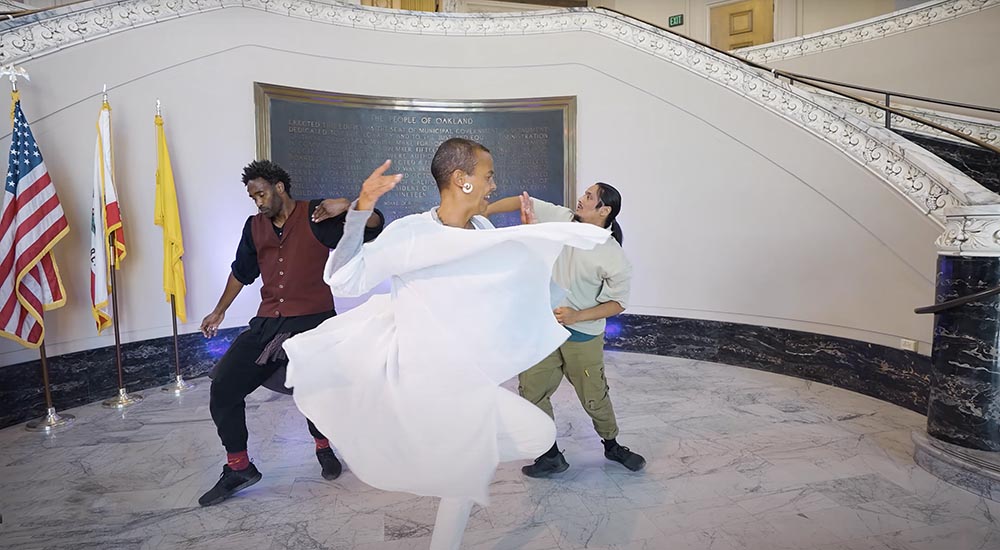 The Center is committed to engaging young people with low or no access to arts education. It teaches them the values of inclusion, safety, and non-violence through moving arts. Each year, more than 2,500 youths engaged with this program, learning dance, hip hop, aerial dance, martial arts.

It’s in this context that Crowell had the opportunity, over 30 years, to embrace so many projects. But a year ago, she decided to move on and to let the Destiny Arts Center to the next generation.

When we met her at Villa San Francisco, we asked Crowell to describe herself. After a bit of hesitation, she said, “After having wondered who I am, I’ve concluded that I’m an artistic collaborator and a weaver of stories.”

And this is probably why she first joined the Saint-Denis/Oakland project before doubling with the project called My Story, both directed by Simon Hanukai, a theater maker and educator.

Hanukai, who shares his time between Paris and New York, is a long-time storytelling believer. When he imagined the multi-cities storytelling project My Story, he naturally thought about Sarah Crowell, with whom he had worked in the past in Oakland.

The professional respect between those two is so strong that he convinced Crowell to go back on stage while leading the project for Oakland. She had been a professional dancer for decades, but she had given up performing 15 years ago. Sarah describes dancing as “an act of generosity; it’s like opening my body and my heart.” … Dancing is not exactly an anecdote for her.

Sarah comments: “We have collected 25 stories filmed with a smartphone from community people transformed into storytellers and ranging from 8 to 80 years old. The idea was to select four stories among the 25 recorded and have four local dancers performing; The dance would echo the stories.

When selected, to spice up the project, we had to send three out of our four stories back to Simon. Those three stories would be dispatched between Saint-Denis, Bangalore, and Istanbul teams. In exchange, we would receive three stories from those cities.”

In total, the project includes 16 stories from four different cities. 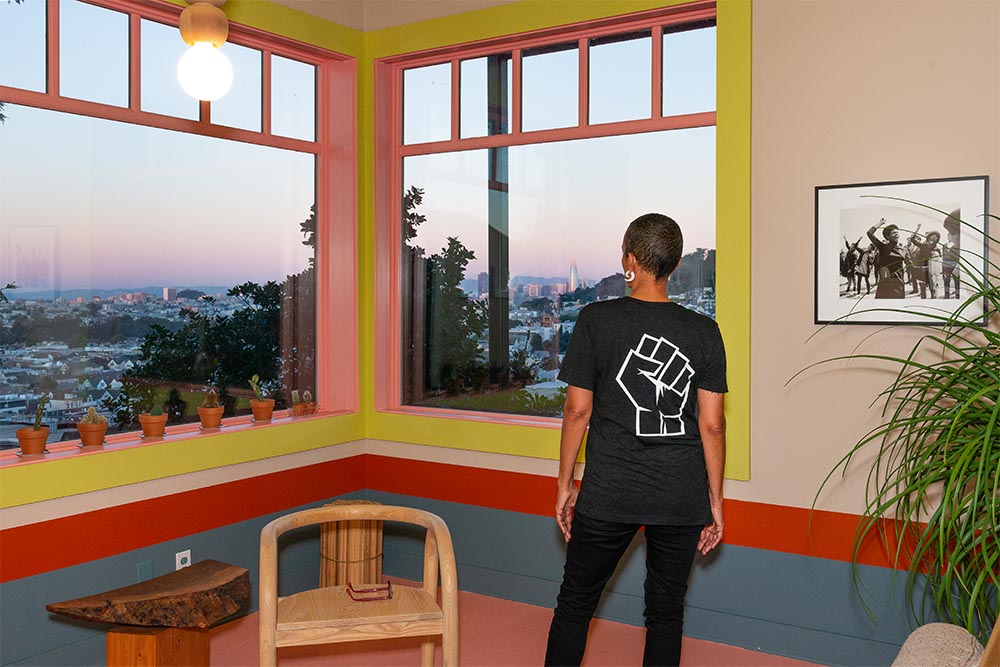 At the time of this interview, we asked Sarah Crowell which story she would like to dance to: “Nothing is decided but I’m really attracted to dance on the story of Frederika Newton, the widow of Huey Newton, one of the co-founders of the Black Panthers that got murdered in Oakland in 1989. The Black Panthers are so specific to Oakland; this story should be paired with a dancer from Oakland and my personal philosophy has always been to move for social justice.”

No need to specify that Sarah Crowell is an activist at heart; Since 1988, her choice was to settle down in Oakland and it was not by chance.

“I really like the sweeping views from the city, and the walk to Mount Sutro.“

Top of your mind, who is your favorite artist in the Bay area?

“When I first moved from Boston to San Francisco, I had the dream to perform with a local company called the Dance Brigade. So my preferred artist stays Kristy Kiefer who accepted me in the Dance Brigade in 1988.”

Villa Albertine in San Francisco was made possible by the collaboration of the Cultural Services of the Embassy of France in the United States, the Institut de France, the Consulate General of France in San Francisco, and the French American Cultural Society (FACS) but also supported by local partners such as UC Berkeley, and generous donors.

Concert: Coeur de Pirate live in San Francisco in September
What is the purpose of the French-American Chamber of Commerce in San Francisco?
836M Gallery presents a photo exhibition in person!!
San Francisco tours on foot, in French with Gilles
Wellness in Tech viewed by Mathilde Collin, CEO of Front
Finances - Investing in Bearish Market