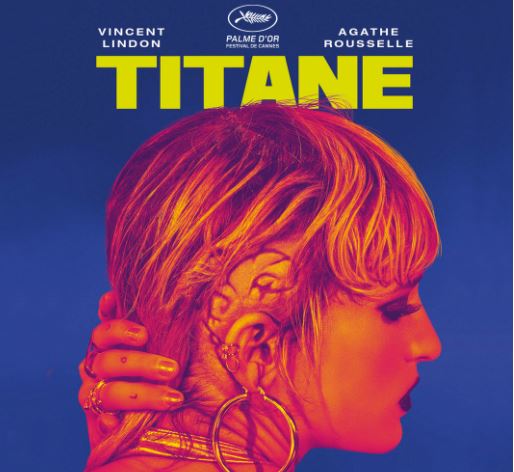 Titane is a 2021 horror film written and directed by Julia Ducournau. The film follows the story of Alexia (Agathe Rousselle), a young dancer in her thirties who has the particularity of having a titanium implant in her skull following a car accident.

Seized with murderous impulses, she will cross paths with Vincent (Vincent Lindon), a firefighter whose son disappeared 10 years ago.

The film has been described as incredibly violent, and disturbing; not for all public.

It’s the Winner of the Palme d’Or, Cannes 2021, and France’s Official Oscar Submission.