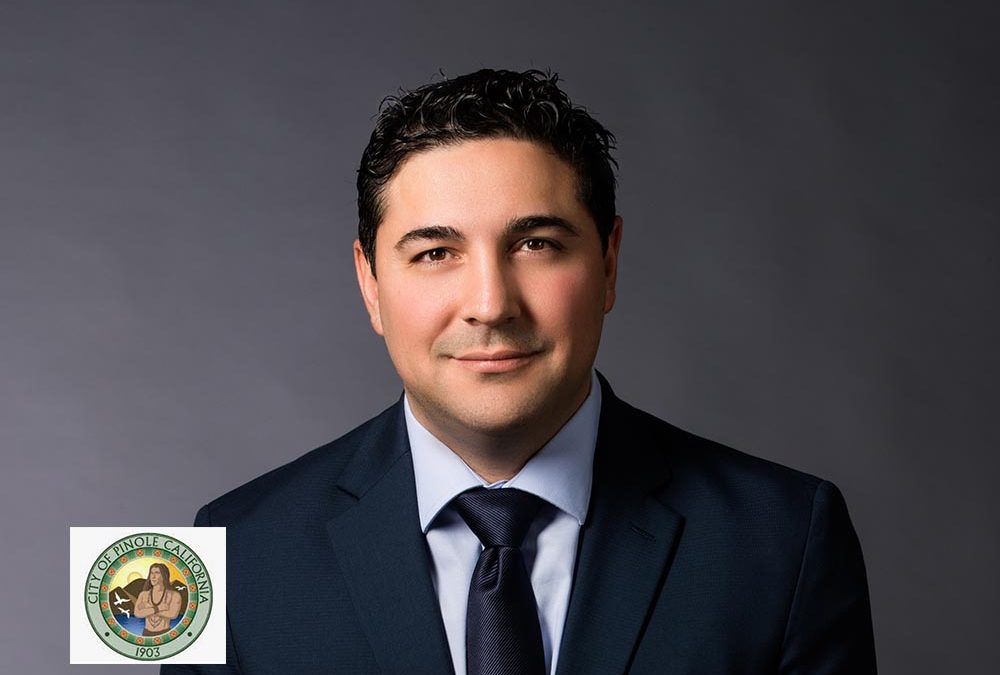 The pathway to the American dream can be varied but always challenging. Vincent Salimi, elected at Pinole is a classic example.

Naturalized French in 2000, Salimi was born in Iran. He left his home country in 1984 with his parents when he was still a child. The family then moved to Paris, and Vincent did all of his schoolings in France, from kindergarten to high school.

Immersed in a family that likes to talk politics, he begins to observe from an early age. “If I had stayed in France, I would surely have pursued a political career,” he says before telling us about his American adventure.

Vincent Salimi had the American dream in his soul. After his baccalaureate, he decided to continue his graduate studies in the United States and prepared a Civil Engineering degree in San Francisco and in Berkeley.

Ambitious in the best sense of the word, he is now running a construction management company that he created ten years ago, and he leads public works projects in California and Nevada.

Passionate about aviation, he is also the co-founder and President of the Concord Flying Club. This club, where you can learn to fly or rent small planes, now counts 30 members and three airplanes.

But as if all this was not enough to fill his days, Vincent Salimi decided to start in politics in 2018. He likes to recall discovering his passion for politics in France and describes it as a vocation.

He became an American citizen in 2010; consequently, the legislation allowed him to run for a local election. 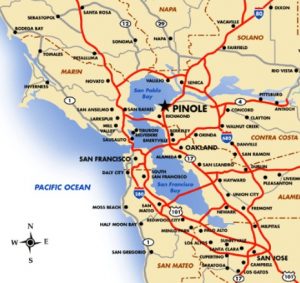 Vincent Salimi decided to apply for the city council of Pinole, a town of 20,000 inhabitants. It’s a town that can best be described as a bedroom community; a crossroads between Napa Valley and Contra Costa County, and this is where he and his wife’s family reside.

He tells us: “Starting politics is a matter of opportunities. My path crossed that of a Democratic support group and then that of members of different unions.”

He adds, “Before taking part in an election, you have to do a lot of work to reach out to the various influential groups and gain their support. For example, I received the support of the police union, that of firefighters, and the various workers’ unions in the town of Pinole.”

Elected since 2018, he is part of what is called here the city council, but it looks more like the Board of Directors of a company than a city council like we know it in France.

Vincent Salimi explains: “The elections take place in November every two years. The five councilors who make up the City Council are elected for four years and take turns as mayor for 12 months each, except for one of them. Those who become mayor are those who generally had the most votes; Personally, I finished second on the list.”

He adds: “In Pinole, the mayor heads a team of 130 municipal employees. His role is to organize and supervise the team’s tasks with the City Manager, a sort of CEO of the city, and to assist the other city council members. The city council takes me about 10 hours a week.”

The major projects of the municipal council for the coming months are:

1 ° The vaccination. It is both a priority and a challenge. Like everywhere, not everyone wants to be vaccinated, but our figures are encouraging.

2 ° The economic development of the city. We have given support loans during the confinement to local businesses, and we hope it will be fruitful. In parallel, we have received government support and will allocate 15% of our annual budget to help businesses under the Rescue Act.

4 ° Changing the city charter. We will probably become a “charter city”, as opposed to a “general law city”. The general law cities are managed according to the rules of the State of California, while the charter cities are managed differently with their own rules, such as San Francisco or Richmond. For example, we could create our local taxes to increase the city’s income or even consider opening our municipal bank.”

Vincent Salimi will take office as mayor of Pinole on December 7, 2021, for a 12-month term.

To conclude our meeting, we asked him what it all means for him: “I was born in Iran in 1980, 7000 kilometers from Pinole. For me, this is the realization of the American dream. I am very grateful and live it to the fullest. It’s a great responsibility, a great honor. My French education has helped me to become who I am. The United States has allowed me to showcase my strengths acquired in Europe. I am a small French plant that flourished in the United States.”

Congratulations Monsieur Salimi for your new function and what a role model of integration!

If you are passing through Pinole, you should stop by. It’s a small town with a charming historical downtown area that you can discover while taking a break on Highway 80.