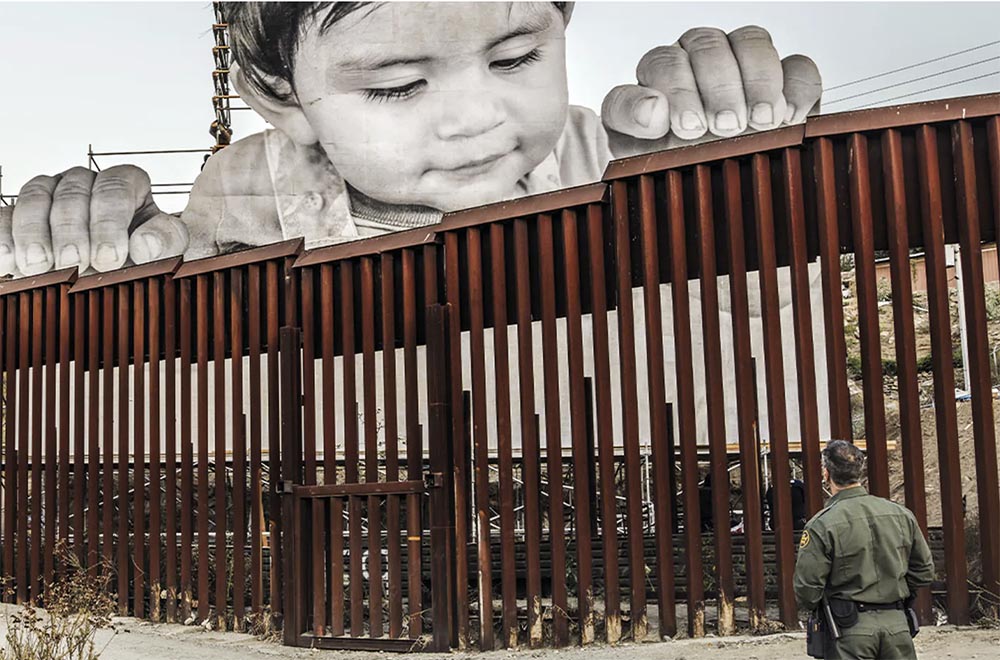 You probably remember The San Francisco Chronicles that French artist JR produced in San Francisco and exhibited at the SFMOMA. His new documentary movie Paper & Glue is an inside exploration into his work, whose large-scale photographs have covered structures across the globe for almost two decades.

Using his projects as a bridge to span our many cultural divides, the film explores art’s greater ability to challenge perspectives and unite communities. One of TIME Magazine’s 100 Most Influential People in 2018, JR is a visual artist who exhibits freely in the streets of the world, pasting huge portraits of anonymous people in unexpected places.

His work is about raising questions, seeking an encounter between the subject and the passer-by. JR is known for his 2017 Academy Award-nominated documentary, Faces Places, and 2015 short, Ellis.

In Paper & Glue, JR turns the camera on his own work as he builds some of his most monumental projects. From early illicit graffiti videos captured on Paris rooftops at night, to the US-Mexico border, to the favelas of Rio de Janeiro, to a current collaboration at a California supermax prison, the film follows the artist as he turns these communities inside out, turning images of residents into eye-catching and immersive art installations.

Paper & Glue debuts in the US in November and is true insight into JR’s creative process.

Alan Turing: Madman? Genius? Victim? Benoit Soles says Yes and more
Notre-Dame de Paris support concert with the participation of Notre-Dame organist, Johann Vexo
One Thousand Stories: The Making of A Mural
This time, Les Pianissimes are introducing us to Maurice Ravel!
MyFrenchFilmFestival.com is back! (French-language movies with subtitles)
Do you have those two really important insurances?