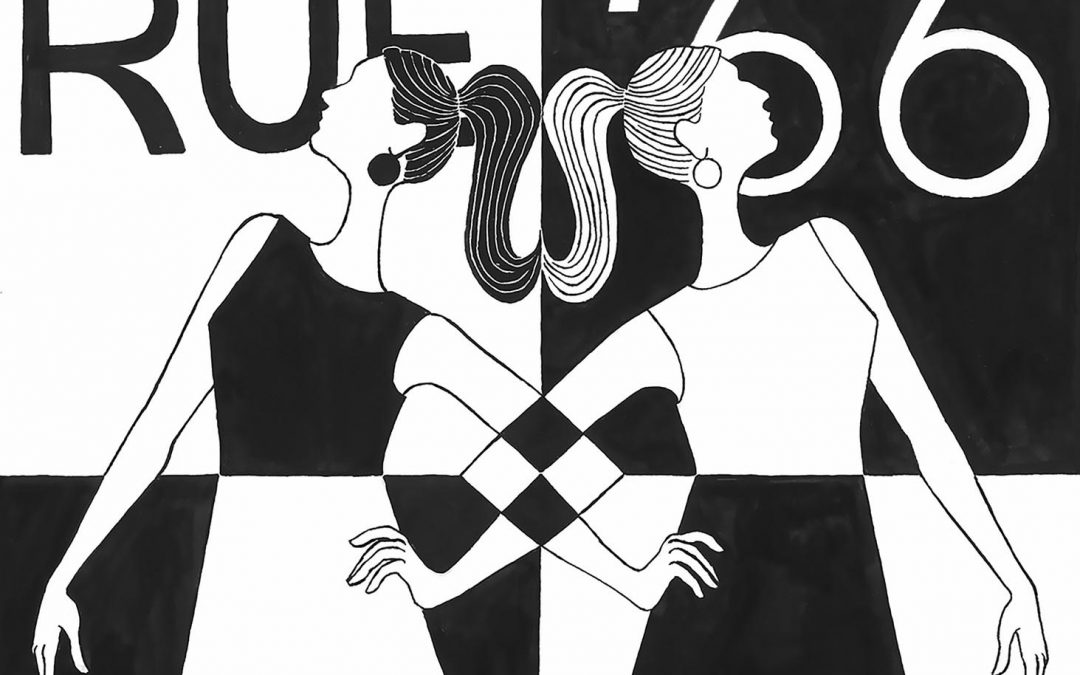 In synch to the French tradition of the 60s where the albums included 4 tracks, Rue 66 presents “Partie de Dames”, their first EP.

Rue ’66 is a modern day yé-yé band from San Francisco. The genre known as yé-yé refers to pop music made by French artists in the mid-’60s. Rue ’66 covers this kind of material while presenting a few songs of their own.

Vocals and percussion are handled by Carol Pott and Serena Campbell. Serge Martial (formerly of the French band, Resurrection) also sings and plays guitar and percussion.

Serge Martial passed away last year and the EP is dedicated to his memory. Three of the songs were recorded at historic Hyde Street Studios and one was recorded live. All were mixed in mono by Chris Von Sneidern at Tape Vault, in San Francisco.

Where to find the listen to the album :
Koolkat: http://shop.koolkatmusik.com/

Cine club and workshops for teenagers thanks to Ronald Chase non profit
Night of Ideas, a follow-up with Dominique Nora, its special guest
Video - Jack London, the Rebel from Oakland
FACCSF's Annual Fundraiser at City Hall on November 8th
We were at LA SOIREE, the French-American Chamber of Commerce Gala
Scott McKinney @VillaSF - Processing troubling ideas through visual thinking