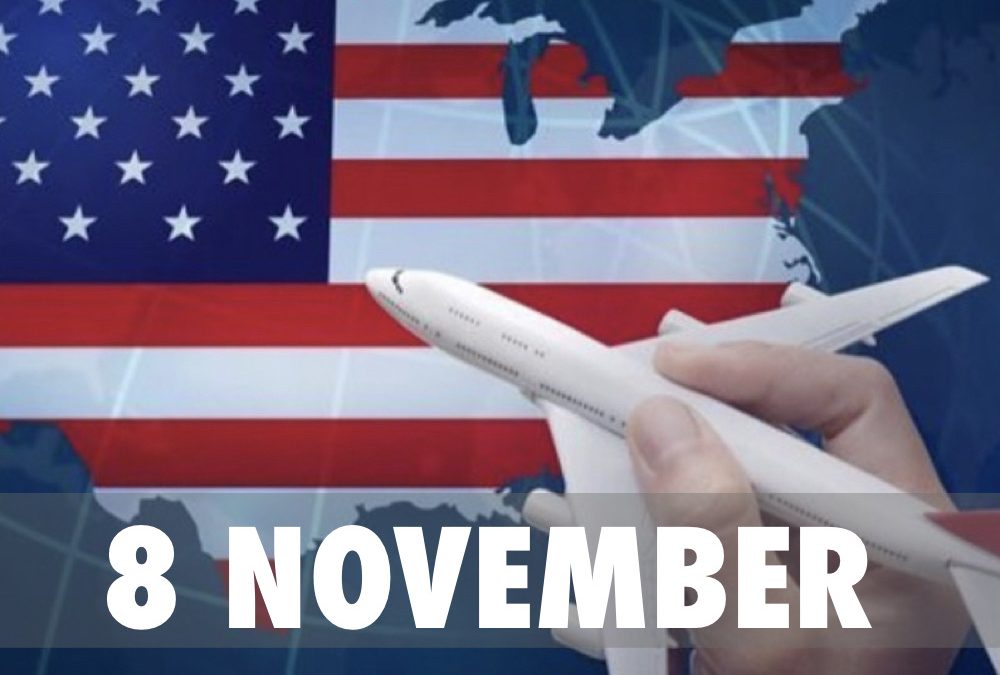 The United States will reopen its borders to European travelers among others, from November 8, 2021, ending the travel ban in force since March 2020!

From what has been stated, starting Nov. 8, the United States will admit fully vaccinated foreign air travelers from the 26 so-called Schengen countries in Europe, including France, Germany, Italy, Spain, Switzerland and Greece, as well as Britain, Ireland, China, India, South Africa, Iran and Brazil.

We don’t have more details at this point, but we take it as good news. We will be sure to keep you posted.

Starting 2022 with Frédéric Jung, Consul General of France in San Francisco
It's official, drought is over in California
Cinema Online with My French Film Festival 2022 - 12th edition
Two Drive-in Cinemas Open in Bay Area
June 24th: Ban extension on nonimmigrant visas in the US
Joan Mitchell: a dazzling retrospective at SFMOMA