Sabine de Maussion, Attached to Culture but not Exclusively… 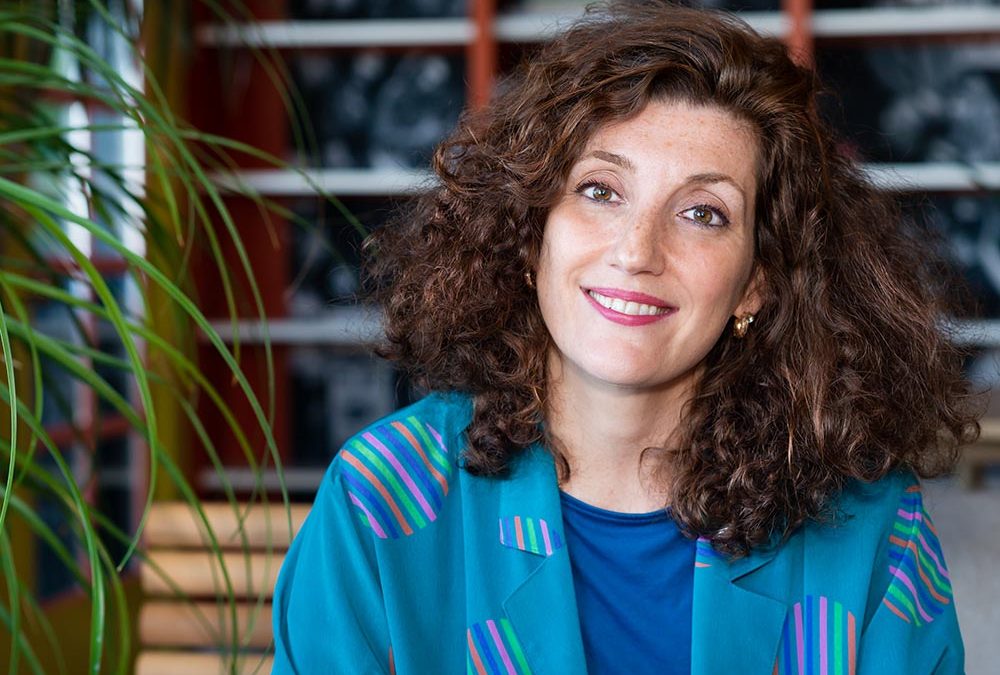 It is challenging to put our new Cultural Attaché, Sabine de Maussion, in a box because her profile is outside the beaten track. But if there’s one constituency where she should feel like a fish in water, it’s San Francisco.

Having arrived less than a month ago, we met her at the Villa San Francisco to talk about her mission and what brought her to California.

De Maussion later joined the Ph.D. Curatorial / Knowledge program at Goldsmiths College, University of London, to “acquire conceptual tools to better approach the question of audiences in the field of contemporary art.”

With that background, it was logical that she spent several years in artistic programming and international relations at La Grande Halle de la Villette, at the Center Georges Pompidou, or at le CentQuatre, a cultural space in Paris.

However, her professional adventure had just begun, and she did not want to limit herself to the Paris Region or even to France!

We thus find this young woman working in cultural diplomacy within the Institut Français in Cairo and Damascus. It’s a region she knows well as she partly originates from it.

She then moved to Beirut, where she stayed for several years. Sabine de Maussion taught Visual Cultures at the American University, at Saint Joseph University with a master’s degree in “Curatorial and Art Criticism,” and at the Beaux-Arts.

At the same time, she collaborated with artists, architects, researchers, and activists to transform what used to be a wealthy bourgeois residence. It was built at the beginning of the 20th century but neglected for many years.

This place named Mansion became what is called a “tiers lieu.” This is a space for living, creating, and collaborating in an alternative economic model. Today, Mansion makes more sense than ever.

It was also in Beirut that she let her entrepreneurial spirit emerge and participated in the creation of Urbacraft. It is a construction game linked to architecture and town planning which quickly found its place in museums, and art and design centers like the Cooper Hewitt, the Smithsonian Design Museum, or Musée Carnavalet in Paris …

She continued as a start-up co-founder in EdTech with Makerbrane, a 3D design education platform for school audiences.

Therefore, after years filled with many different experiences, she arrived in San Francisco to return to cultural diplomacy.

In her new role, she merges a solid academic background, an entrepreneurial spirit, and a strong attraction for education and the transmission of knowledge.

What a match for a position that, contrary to common knowledge, goes well beyond culture!

As she explains to us, “my role covers the fields of artistic and cultural cooperation between France and the United States, with the Villa San Francisco, but also with educational and university questions.“

The Villa San Francisco is a place where creatives from all disciplines, but linked to France, will soon come. The central idea is to allow them to cooperate, to open the dialogue with companies, researchers from all horizons, or also other artists.

As Sabine de Maussion explains, “The residences of the Villa initiate moments of exploration where our teams and our local partners share their resources with creators to nurture their cultural and artistic projects.“

She defines her role as a “facilitator” within the framework of cooperation between France and California.

It is essential to specify that the Villa San Francisco and the working methods put in place served as a model for the concept of Villa Albertine, a substantial French network of villas that are located throughout the United States. The whole program is scheduled to launch online on October 21.

Many other projects are also under preparation. A new iteration of the Nuit des Idées, a French program that has grown around the world and met with unfailing success in San Francisco; or the continuation of the Oakland / Saint-Denis “In the Banlieues” program, which will take the form of a double exhibition at the Arsenal in Paris and SPUR in San Francisco.

In conclusion, Sabine de Maussion, who is still in the discovery phase, tells us, “Everything is going at a fast path, but I’m lucky; I operate in an environment that has been extremely well staked. A tremendous amount of work has been done before my arrival, and I am very well surrounded; here in San Francisco, I benefit from a very active committee chairing Villa San Francisco, the support of our structural partner, the French American Cultural Society (FACS), and on a larger scale that of Villa Albertine“.

Welcome Sabine de Maussion, and we are looking forward to getting more details about the plans for the next twelve months and beyond.