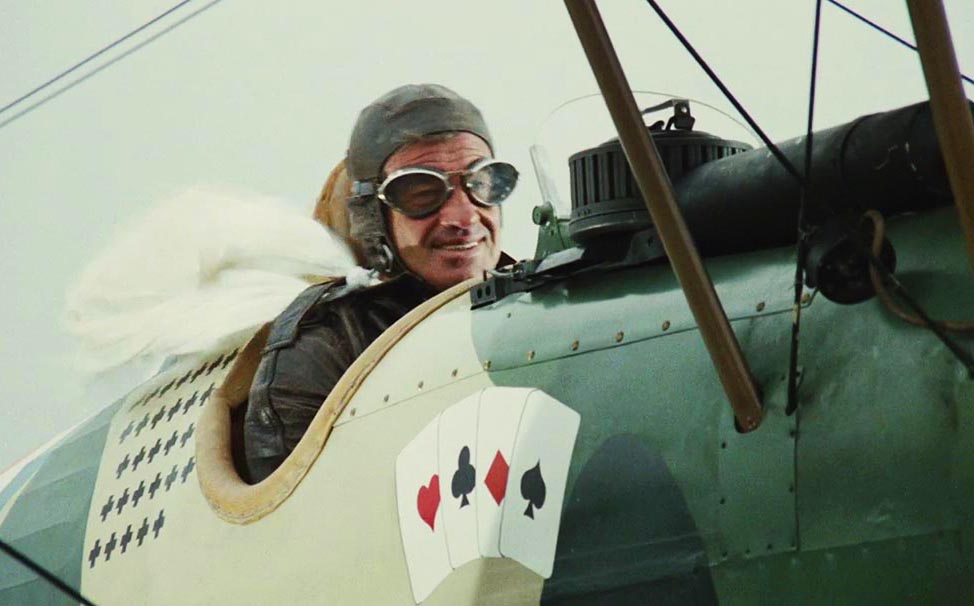 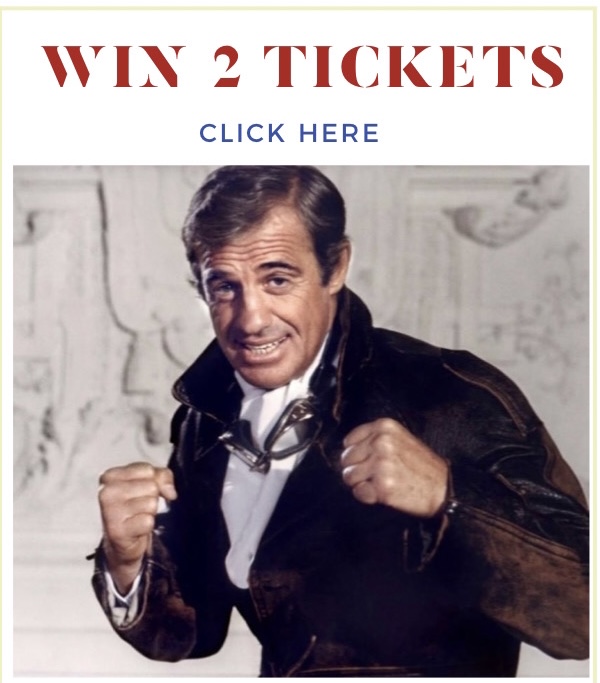 The team of the Theater du Lycée Français de San Francisco (TLF) had the good idea to program the screening of the film L’As des As in tribute to Jean-Paul Belmondo. Beware, the movie is only in French WITHOUT English subtitles.

During World War I, a German and a French fighter ace by the names of Gunther von Beckman (Hoffman) and Jo Cavalier (Jean-Paul Belmondo) manage to drag each other out of the sky. An argument and subsequent fistfight about who is to be whose prisoner, is interrupted by an artillery barrage on their position, forcing both to stick together in order to survive.

In 1936, 20 years later, Jo and his team of boxers travel to Germany to participate in the Olympic Games in Berlin. On the train, Jo meets young Simon Rosenblum, the grandson of aforementioned First Lieutenant Rosenblum and a Jew, and a beautiful reporter named Gaby Delcourt (Pisier), who is to interview Hitler.

By wanting to protect a Jewish child whose family has disappeared, Jo Cavalier puts his finger in the gear that will lead him in the craziest adventures across Germany, and in Hitler’s “eagle’s nest”.

(proof of vaccination required upon entry)