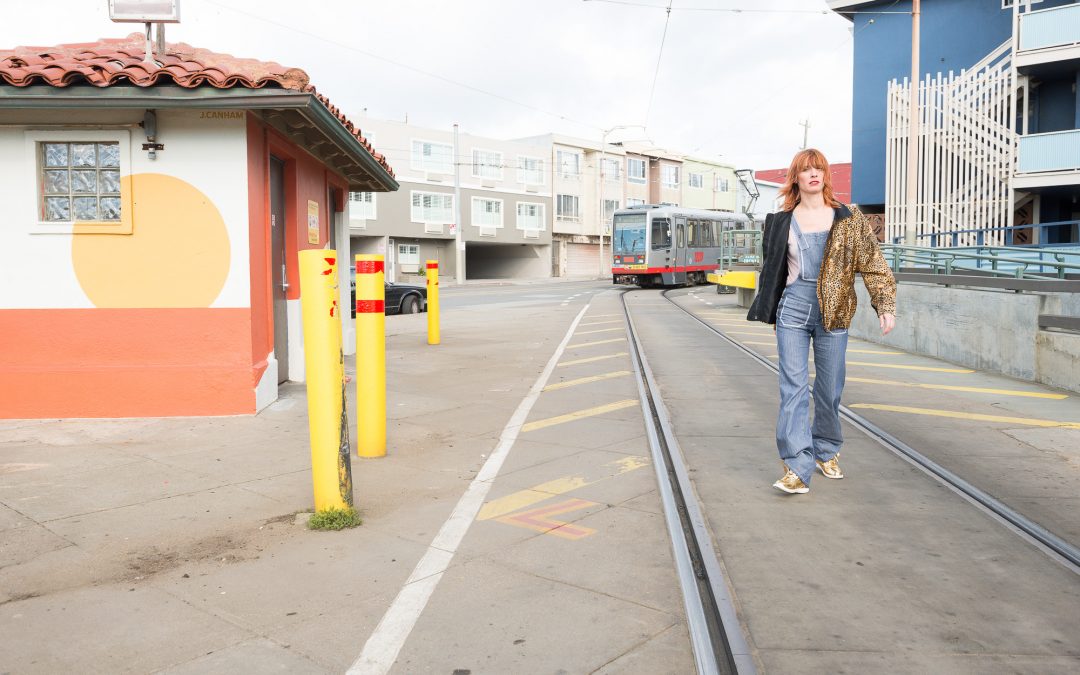 The San Francisco Municipal Railway called MUNI gathers all the public transportation available in the city of San Francisco and covers the bus lines, the metro, the streetcars, and the cable cars lines. The whole forms a public transport network which evolves regularly to allow the greatest number of people to move around more easily.

To buy tickets
To give you an idea of ​​the price, as of August 1, 2021, a single trip purchased individually for an adult in San Francisco costs 3$. A ticket is valid for 120 minutes, so it can be used for a period of 2 hours, for example from the metro to the bus.

The MUNI service tries to speed up the traffic of its network by discouraging people from buying tickets from the drivers … By consequence, MUNI offers a reduction of several cents on each trip if you use:

It can be ordered online, dematerialized on your smartphone, or purchased for $3 at certain retailers whose addresses are indicated on the Clipper site. In all cases, you choose how to recharge it, either regularly or at your convenience.

As of August 15, 2021 – anyone under 19 rides free! No proof of payment (Clipper card) required with the exception of Cable Car. San Francisco residents under the age of 19 that utilize Cable Car service for regular travel will be able to request a pass for travel. Find out here.

Finding your way
The MUNI uses the Google Maps service to help you plan your trip. Let’s try.

Metro – These are 6 lines bearing letters J, K, L, M, N and T. They all go to Embarcadero and share the platforms; look closely at the letter on your train before getting on it. The direction towards the city center is called “inbound” and the direction towards the outside of the city, “outbound”.
Note: sometimes an S line appears on the platforms when the traffic is saturated and a line named Nx circulates early in the morning to relieve congestion on line N.

Streetcars – There are two streetcars lines to complete San Francisco Public Transportation, the E line that runs along Market Street and stops at Embarcadero and the line F that runs along Embarcadero. You will travel in cars that have different colors and come from other cities in the United States and even from Europe.


Bus – The bus network is dense and you will find a complete map on the MUNI website. Do not expect to find bus shelters at all stops… The stops are sometimes simply highlighted by yellow paint on a street light with the bus number painted in black. 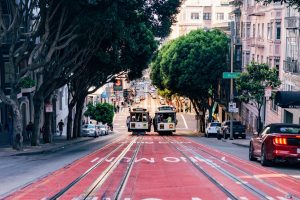 Cable Cars –  The only mobile historical monument in the world, the Cable Cars have a lot of appeal for tourists but are also used daily by San Franciscans. Three lines cross the city. You will find all the information on the SFMTA site.

Good to know – If you plan to go for a stroll in Park Presidio, you can use shuttles labeled “Presidio Go”. They will take you to the center of the park for FREE. Visit the site for schedules and lines.

Bilingual! Really? Et si on se faisait une toile* ?
Discover Berkeley through its amazing architecture
Shelter-In-Place: Silicon Valley Families on their Front Porch by French Photographer
Calder Picasso Exhibition for the Reopening of De Young Museum
Epicure or first-timer, the Vivino App points the way
Enter our Valentine's draw... Dinner is on us!