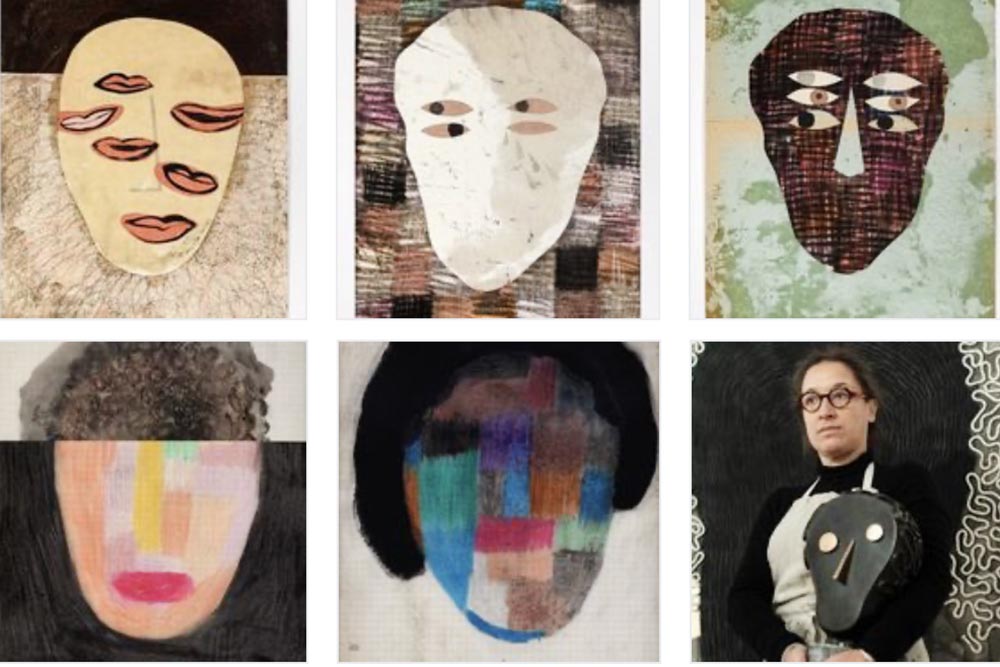 Indivisible Particles is initially a story of love at first sight. Emily Miller, the curator of Municipal Bonds, fell for the work of Cecilia’s work.

During the pandemic, Emily randomly came across Cecilia’s work and in particular her series of portraits and was immediately fascinated by these collages. She contacted the artist and the connection was instantaneous; Cecilia agreed to complete the series of portraits that she started in 2012 for the needs of the exhibition. 2012 to 2021… It is interesting to see the progression in the way Andrews approached the portraits.

Indivisibles Particules are made up of a series of portraits on paper articulated by collage. Cut-out and reassembled faces, with blurred contours on found papers, speak to the construction, deconstruction, and reconstruction of identity—mutable as nature, united as humankind.

Cecilia Andrews’ approach is based on minimalist representation and the study of dualities: transparency and opacity, fragility and solidity, lightness and darkness, emptiness and fullness. 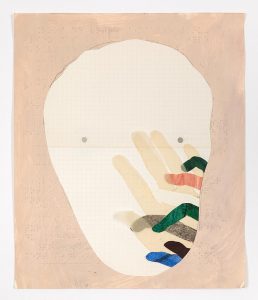 She explores these complementary/diametrical dynamics in her work through the interaction of contrast, the perception of opposition, and the use of varied dimensional media. In her portraits, symbols are inlaid as facial features: human cells and plant leaves; missing or multiple pairs of eyes on a single face; color-blocked skin and tears—a surreal language about our shared humanity. She has a fascination for braille paper that she had worked with on previous projects. She uses it here for the portrait titled S / T, interested in both texture and the layered meanings behind the raised dots, between what you see and what you don’t.

The indestructible connection among humankind, and between humankind and nature, is fundamental to Andrews’ process: “I am attracted to primitive or ancient cultures because of the space they devote to the relationship between nature and the sacred, and to the use of symbols and ceremonies. Tribal cultures that were directly inspired by nature developed a language and a direct relationship with these elements, especially the moments of meditation during ceremonies: the personal or collective moment of taking the time to venerate nature or have emotional experiences of the sacred. I try to give a symbolic charge to my work, as if it were a question of transcribing a subjective feeling of veneration, gratitude, meditation or fusion.”

These faces with organic features particularly resonated with Emily Miller (and with us) at a time when we were cut off from the world, as if she needed to surround herself with presence, with faces that we no longer saw or that we saw only with masks.

We invite you to discover this series of enigmatic portraits in the Municipal Bonds gallery which is located in the Minnesota Street Project space until June 26, 2021. Cecilia’s work is also visible in a group exhibition “Remembrance of Things Paper” at the Roundweather Gallery in Oakland until July 5, 2021.