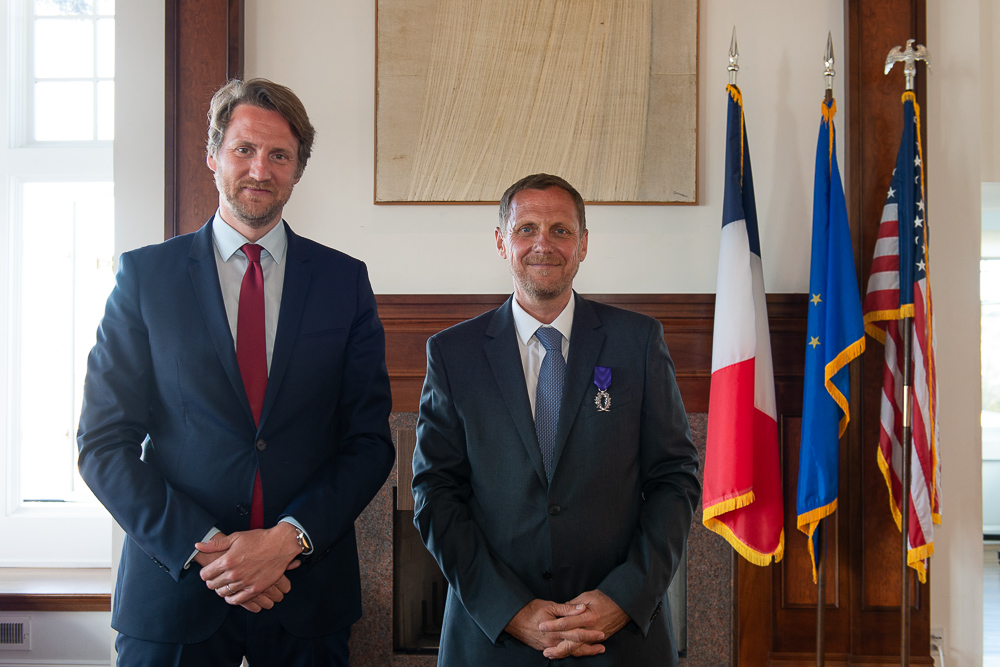 Monday, June 14, 2021, Mr. Emmanuel Texier, Head of School at Lycée Français de San Francisco (LFSF) was bestowed the insignia of the “Palmes Académiques” by the 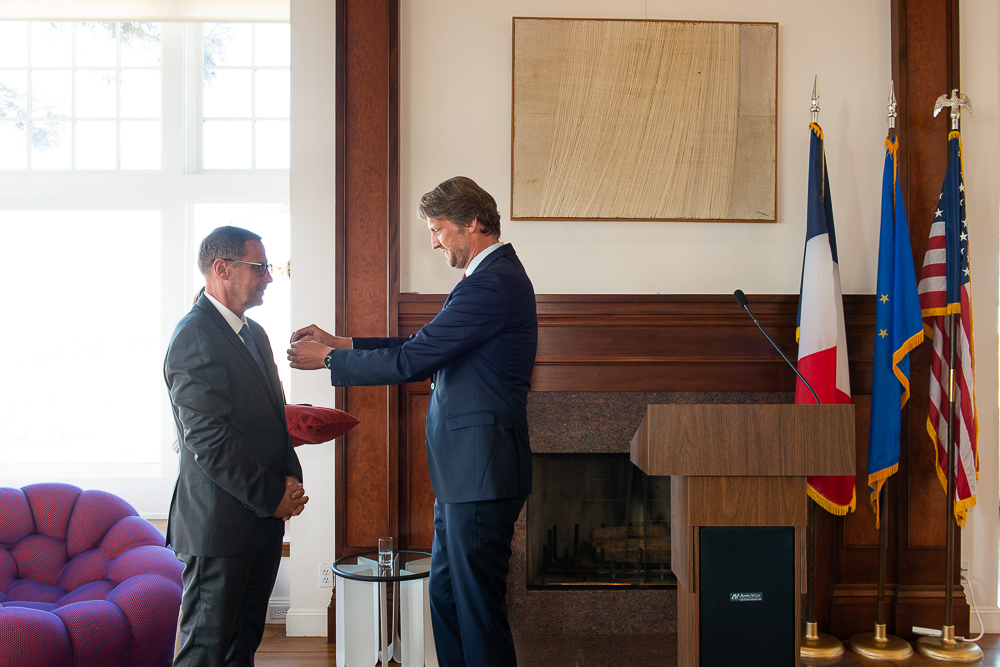 Consul General of France in San Francisco, Mr. Frédéric Jung during a ceremony at the Residence of France.

The Palmes Académiques honor Emmanuel Texier who has met the educational challenges of today with intelligence, courage, and a spirit of adventure. The well-deserved honor recognizes the important work he has done on behalf of France and French education in China, Australia, and the United States.

Palmes Académiques can be awarded to French people residing abroad and foreigners who actively contribute to the expansion of French culture around the world.

Some background about this decoration which dates back to … Napoleon. Who else?

The decree of March 17, 1808, instituted three titles intended to distinguish eminent functions and to reward services rendered to education:

Originally, primary education was not affected.

Napoleon III, at the initiative of his minister Victor Duruy, made the Palmes Académiqes an official decoration that could stand out, join the insignia of other orders and which could be awarded to non-teachers not belonging to the university world but having rendered, through their action, significant services to education. 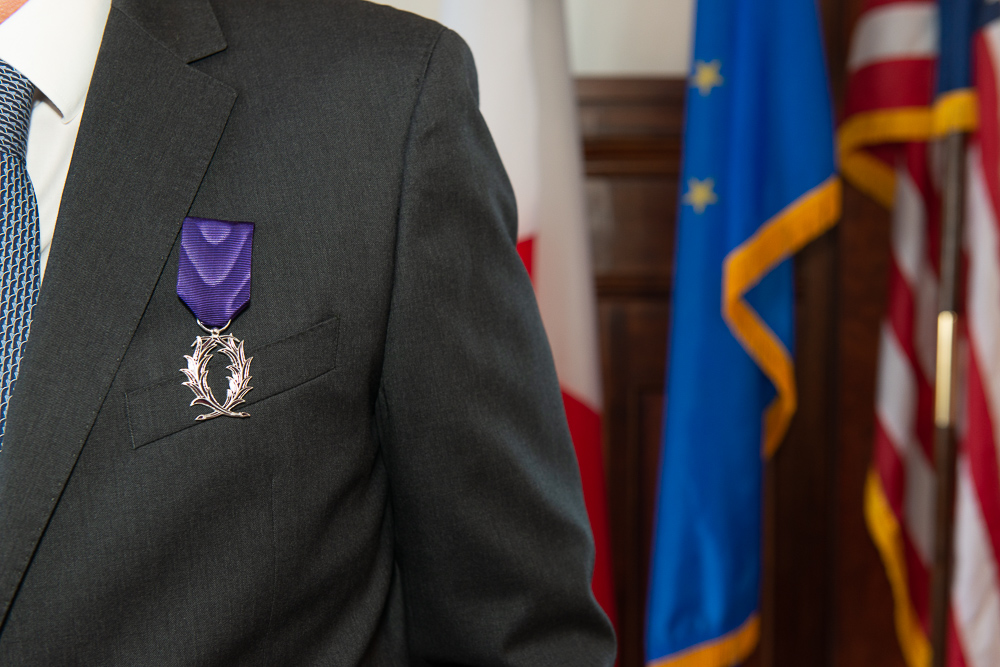 Finally, the decree of October 4, 1955, signed by President René Coty, instituted the Order of Palmes Académiques comprising the three degrees of

General de Gaulle was keen to maintain this order when, in 1963, he created the National Order of Merit intended to replace several other orders and decorations which had multiplied over the past century.