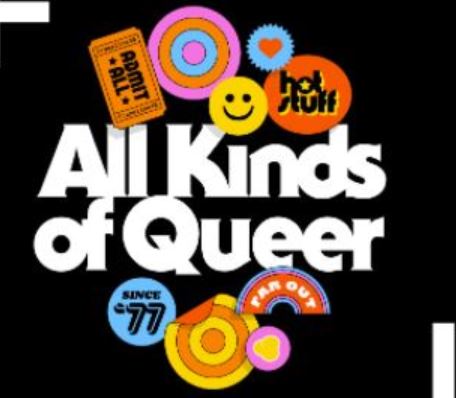 This year, the festival will include a mix of in-person and virtual offerings—with the first week presenting only outdoor and drive-in events, and the last 11 days bringing the biggest lineup of new and virtually accessible LGBTQ+ films in the world directly to your home (nationally in the US!).

Here is the French language selection (All movies are subtitles in English).

Summer of 1985 by François Ozon (100 mn) – Two teenage boys find themselves fatefully linked together following a boating accident in this sun-kissed tale of summer flings, first love, and the thin line between passion and obsession. With Felix Lefevbre and Benjamin Voisin. Trailer : https://www.youtube.com/

Freed by Josza Anjembe (21 mn)- Twenty-year-old Issa (Alassane Diong) is about to get out of jail when he meets Gaëtan (Yoann Zimmer, Summer of 85) a young inmate who has not served his sentence yet. Nominated for a César (the French equivalent of the Oscars) for Best Short Film.

Lola by Roland Micheli (87mn) – Before she has a chance to celebrate setting the date for her gender reassignment surgery, 18-year-old Lola (striking trans newcomer Mya Bollaers) faces immeasurable grief when her mother suddenly dies. With her biggest supporter gone, Lola is forced to reunite with her uncaring and bigoted father Philippe (The Piano Teacher’s Benoît Magimel), who disowned her years prior. Trailer: https://www.youtube.com

Frameline45’s Festival Streaming Pass is your all-access entry to view all of Frameline’s online streaming content this June with one simple purchase – a total of 60 presentations, including 50 films and 10 digital talks.

One65 - Chef Le Tohic bends but does not break
Roller Disco on Friday Nights in the Golden Gate Park
French Dancer Lorris Eichinger Calls Lines Ballet Home
FACCSF, two co-presidents on a mission
A concert produced by Les Pianissimes, from Musée Guimet in Paris
Interview with Philippe Etienne, Ambassador of France to the United States