NOLEO, Clean Care is not the Exclusive Domain of Women 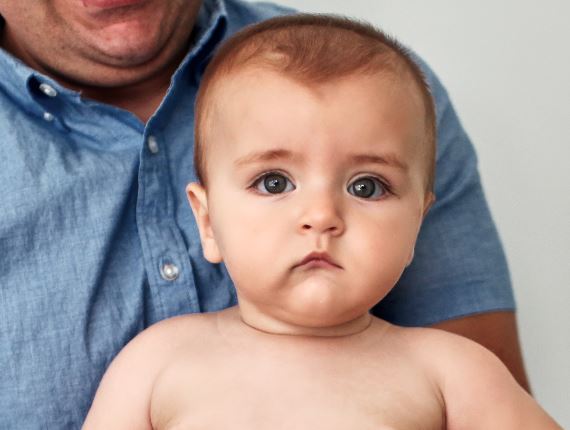 NOLEO is entering the US market with “clean” care products for babies and wants to change local habits.

When Nicolas Chery, the CEO, became a father for the first time, he decided to invest in all the moments of his baby’s life, including the daily diaper changing sessions.

But very quickly, his level of frustration became intolerable; looking for care products for the most delicate part of his newborn, manufactured with natural components and without preservatives, this was a significant challenge.

Most of the wipes are soaked in a liquid that contains at least 1% preservative in addition to ingredients that irritate sensitive skin.

A chemist by training, Nicolas Chery, looked at what was available in Europe, where the regulations on using products with toxic potential are stronger than in Uncle Sam’s country.

In France, in particular, there is an alternative to wipes called liniment. It is a somewhat technical word to describe a lotion made from natural ingredients such as olive oil, lime water, sunflower oil, and more. And it is applied with a cotton ball. It cleans, it softens, and it prevents irritation.

This product is easily found in pharmacies and in supermarkets in France; Liniment is a natural solution to drastically reduce the usage of wipes which causes non-recyclable waste and eventual skin reactions.

Frustrated but determined to form the category, Nicolas Chery decides to start an ambitious project. To do so, he teams up with his friend & peer chemist Lucas Nanini based in Paris and who brings his P&G and Coty experience.

Together they decide to design and manufacture in France a 100% natural ointment and sell it exclusively in the US. Let’s mention that the American wipes market is as big as the entire European market. 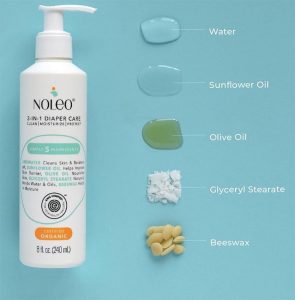 Full-time on their project, our two founders needed to raise funds in early 2021 to transform their promising beginnings with Noleocare and take the next step.

As an ex-employee of JP Morgan, Chery quite naturally contacted his business network without thinking for a single moment to consider French investors. Yet, in the process, he heard about the FrenchFounders through one of its members, and Nanini heard about it in a Clubhouse room.

More intrigued than anything else, our two founders met the FrenchFounders investors club and found enthusiastic feedback among the members.

Sharing the outline of their experience with us

Chery tells us that “When we started our fundraising, we were looking to fund $750K and $300K in debt. By the time we started talking with FrenchFounders, we had already secured $450K with other investors, plus our $300K in debt.”

He adds “We have to believe that the business angels of FrenchFounders liked our project because, within two weeks after our presentation, they added a little over $400K to our round table while we were looking for $300K.

And we received such a fast and positive reception from the members that we had to say “no” to those who hadn’t reacted quickly enough. We preferred to raise a little less than what we could have done to avoid too much dilution for those who got swiftly involved.“

Nicolas Chery concludes “In the end, we have 28 investors who come from all over (Asia, Arab Emirates, US…) on this round, including 24 French people. The outcome was unexpected. They are all men with one exception!”

That exception is Ju Rhyu, who is now on the board of the company. She is also the CEO of Hero Cosmetics, a well-known brand among acne-prone teens and very successful on the US market (Amazon, Target, DTC, Neiman Marcus, Goop, Urban Outfitters, Anthropologie …). She is undoubtedly an additional asset to the party.

How to explain such a success?

Lucas Nanini, COO of the company, insists on the objective of NOLEO: “We have received a positive reception because we are a company with a mission, we want to minimize the risks of disease such as cancer by avoiding applying toxic products on sensitive skin.

Investors were receptive to this message because the category of clean skincare is booming in Europe.

But we didn’t want to start addressing the French market, which is too small. We decided to start in the United States, a market that remains to be conquered with the message of “clean care.”

We are not concerned about the competition from gigantic industrialists in the sector. We even see it as an opportunity if small companies like ours make them react. It will mean that we are completing our mission that is “We Stand Against Toxic.”

And since we like to break the rules, we are two male co-founders, one based in California and the other in Paris, and we fully intend to bring back men into the discussion of skincare products for babies.“

Why should this be only for women?

Riopy's Concert at the Bimbo's
San Francisco Bay - getting ready for earthquake
Getaway, Family Week-End in Calistoga
We were at LA SOIREE, the French-American Chamber of Commerce Gala
Emilie Nolf awarded with Academic Palms for her bilingualism expertise
French books to bring back from vacation