Energy Observer, the challenge of sailing with zero carbon footprint 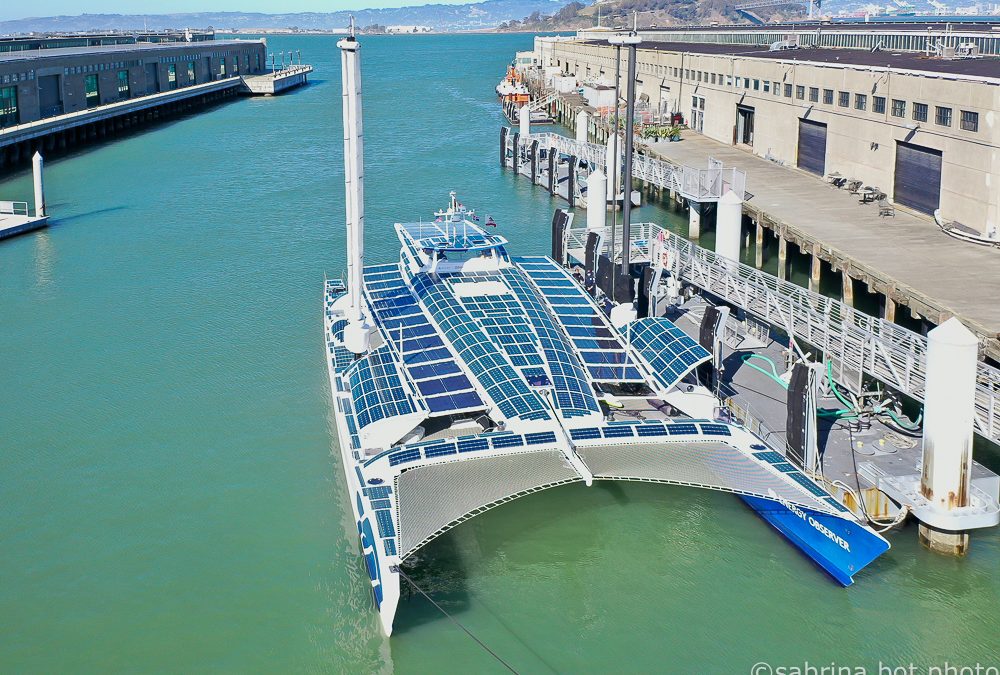 While governments are debating the relevance of decisions in favor of solar, wind, and hydrogen technology, some pioneering ecological men and women are moving ahead…halfway around the world.

The Odyssey of the Energy Observer is tangible proof! This one-of-a-kind of catamaran has been crisscrossing the oceans since 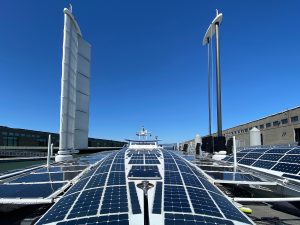 2017 to prove the technological viability of this bet.

She is visible at Pier 9 for a few more days, and she will then continue its route to Hawaii before joining Tokyo for the Olympic Games in June.

From the quay you hear the crew speaking the language of Jacques Cartier or Robert Surcouf, that’s quite normal… This international project was initiated in 2013 by Victorien Erussard, a merchant navy officer from Saint-Malo in France and an offshore runner.

Sensitive to the pollution caused by maritime transport on one side, and aware to have clean sources of energy at hand when he was sailing on the other side, Erussard decided to set up a crazy project: build a boat powered solely by renewable energies.

He brought together scientists and sailors, acquired an old competition catamaran, and had it completely refitted to house a state-of-the-art research center focused on clean energies.

Among others, he has teamed up with CEA-Liten in Grenoble (Innovation Laboratory for New Energy Technologies and Nanomaterials) for hydrogen propulsion.

This 100 feet-long boat is thus the first to navigate exclusively thanks to the combination of solar, wind, and hydropower energies, but above all to carry her own energy system capable of generating “green” hydrogen. 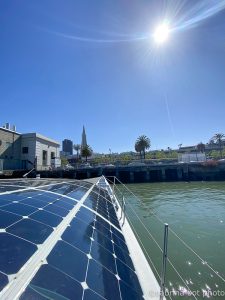 Three types of solar panels are onboard: flexible non-slip panels on the hulls, double-sided panels on surfaces that are directly or indirectly exposed to the sun thanks to the reverberation of the sea, and more recently vertical panels on the sides of the main cabin. All of these panels represent an area of ​​2,100 square feet!

The catamaran also includes two canvas “wings” of the same type that the ones on the America Cup boats, to take advantage of wind power.

The most avant-garde technology: production of hydrogen on board.

For Energy Observer, which advocates a model of non-polluting solutions, there was no question of carrying hydrogen produced on land. The catamaran is thus embarking her own system for producing “green” hydrogen from seawater. 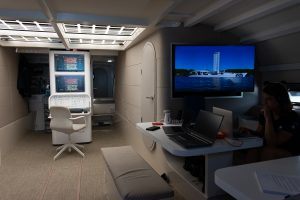 First step, seawater goes through a watermaker to provide fresh water which will then be electrolyzed to produce hydrogen. The energy generated will be stored in fuel cells while waiting to be used.

It is only when solar and wind power are not available that the crew uses hydrogen.

The Energy Observer carries 62 kg of hydrogen produced entirely on board, in complete autonomy thanks to the other clean energies available.

The crew confirmed that it is not a transposable solution as it is on a commercial boat or any vehicle … To date, when hydrogen is used for a boat, a car, or a truck, recharging the batteries is done at a storage point. The process is too cumbersome and complex to be carried around.

But the observations and improvements recorded on the catamaran after four years and having traveled 30,000 nautical miles are regularly taken ashore for future implementation.

What are the main lessons for navigating with this type of energy?

Captain Marin Jarry confirms that “the important thing is to know how to adapt, to use energy when it is available and to know how to anticipate its consumption according to constraints. 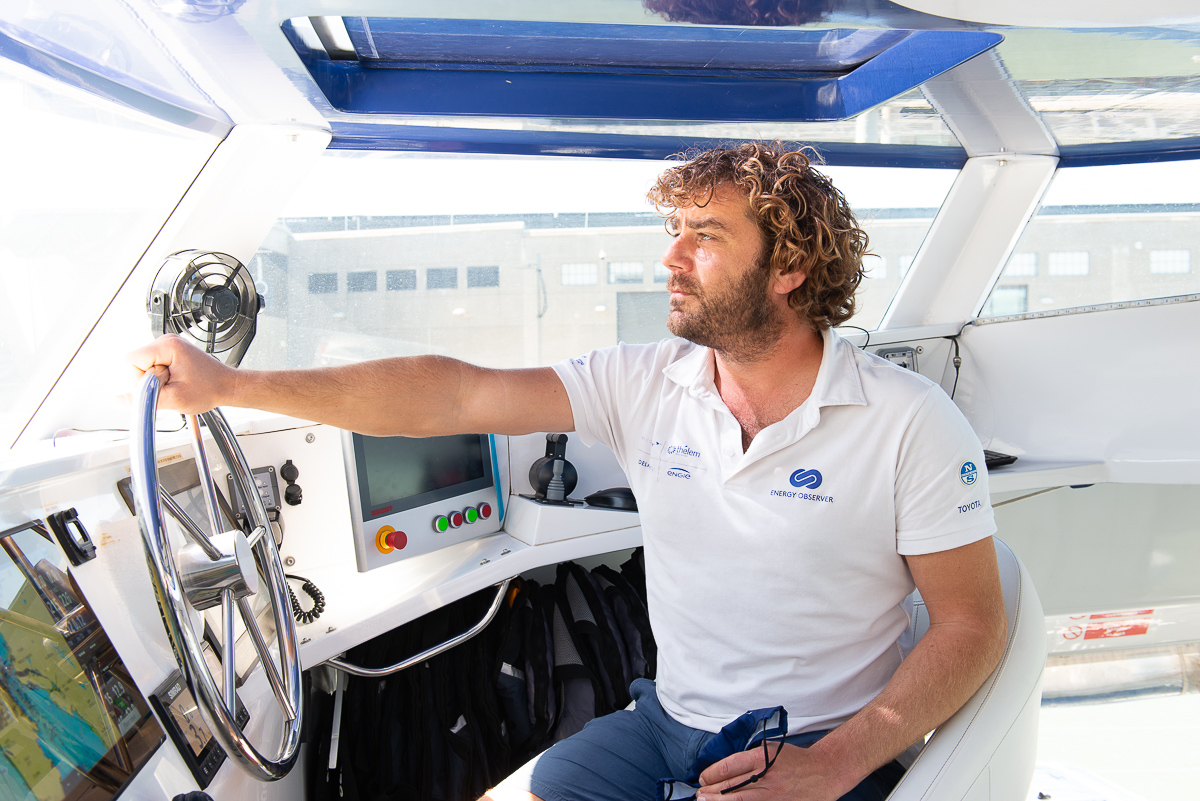 Our average speed is 5 to 8 knots, which may seem ridiculous, but for example, it allowed us to cross the Atlantic without using our hydrogen reserves” he emphasizes.

“On board, we optimize everything we can in terms of volume or weight, avoiding the transport of unnecessary packaging for instance. Yet we live very comfortably but we adapt our lives to the energies that are available at a given moment ”.

Who are the partners of this project?

We also noticed the presence of private partners such as Toyota which provides fuel cell technology, CMA-CGM which is very interested in transposing some of the improvements highlighted by the Energy Observer on its freight ships, Accorhotels, and of course Air Liquide and Engie. 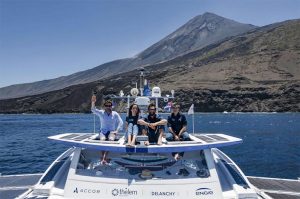 The Energy Observer stopovers on the California coast enabled meetings with industrialists in the local hydrogen sector and sustainable energies such as the California Fuel Cell partnership.

You can find more details about the project here.

Finally, and for those who wish to follow the route of the Energy Observer, you will find short format videos thanks to the documentation work done by the onboard team and the support of the Canal Plus group.