Alamere, from Brittany’s Cider to Marin County’s Gin and Vodka 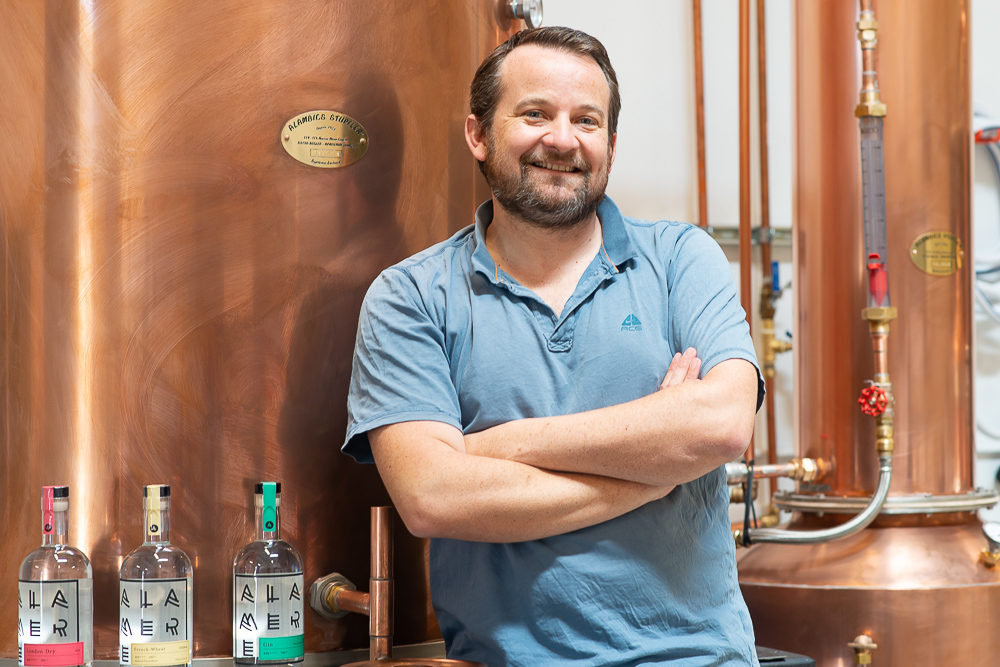 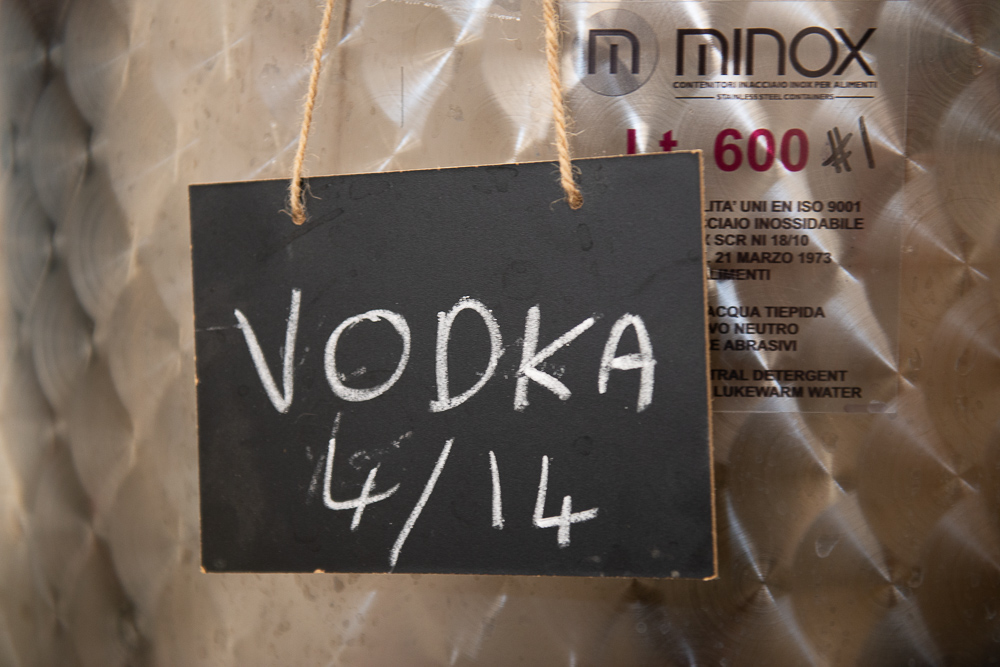 It will soon be three years that Olivier Souvestre known from Marin regulars (L’Appart San Anselmo, Le Garage, and F3) has been working on his gin and vodka distillery project called Alamere.

So how did a Breton go from a culture of cider to vodka and gin?

The answer is partly in the nostalgia, or more exactly the memory of his grandfather.

Cider being, so to speak, the alpha and omega of any self-respecting Breton, Olivier Souvestre’s grandfather was no exception to tradition and made his cider each year with the fruits of his orchards; but he also made apple liquor …

His grandfather had to call on the mobile distiller who moved from village to village with his alembic (still).

The distiller is a profession in the process of extinction but whose appearance dates back to … Napoleon! Indeed, he granted to the distiller a privilege of tax exemption for the distillation of 10 liters of pure alcohol or for 20 liters of alcohol at 50 ° for his old guard. This privilege was hereditary until 1960, then gradually abolished, in an attempt to limit the scourge of alcoholism in the countryside but also under pressure from the lobbies of large importers of strong alcohol or French producers

So, on the strength of his childhood memories, plus his high standards as a chef, Olivier Souvestre decided with the help of his wife Susannah to set up a spirits distillery in Marin County. Alamere is officially in business since Jan. 2021.

He decided to acquire exceptional equipment and for that, he ordered a Strupfler alembic, the Rolls Royce of stills, according to several specialist magazines. 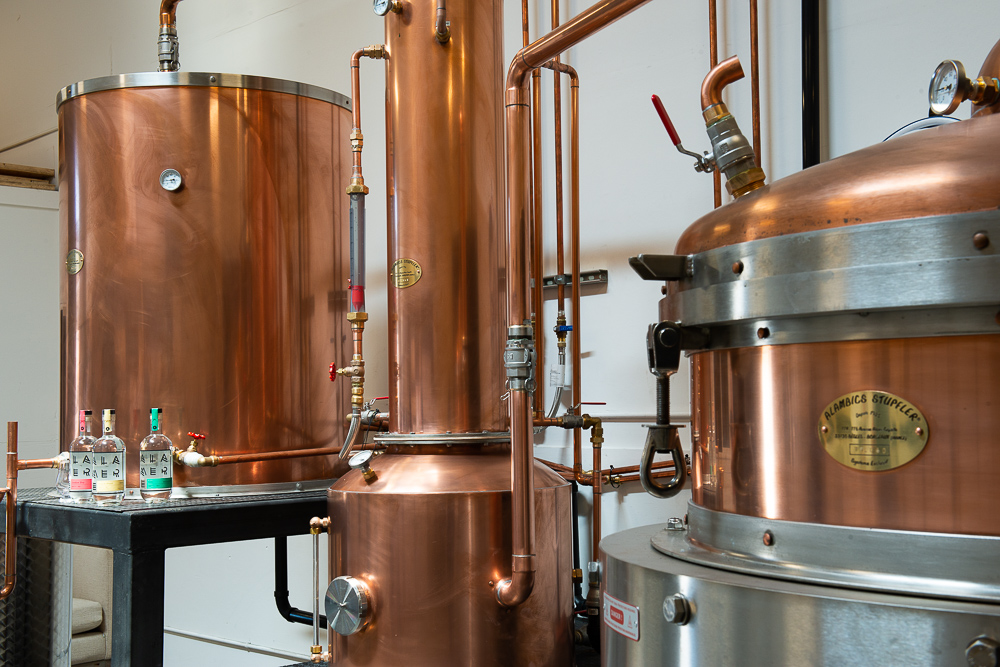 These stills, mainly in copper, are handcrafted in a very confidential workshop in Gironde (don’t look for the website of this company, there isn’t one), yet these artisan boilermakers, sellers of stills for four generations, export their wonders far beyond France.

And as we were in the midst of a pandemic, given that the technician could not come from France for the assembly, it was Olivier who took his toolbox and who mounted everything remotely thanks to videoconference.

Not to worry, this type of alcohol processing company is heavily supervised and controlled; it has since received all the necessary certifications from the relevant local authorities.

But make no mistake, the still in question is no toy and can produce 800 liters of alcohol at a time. This is not a fad, this is a real business.

Souvestre chose to make gin and vodka with a strong identity and a clear positioning: to use French products. 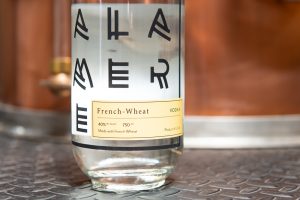 Indeed, in addition to the hardware, the wheat used to make its vodka comes from the plains of Champagne in France.

Curious newbies (like us) wanted to more about gin and the specificities. We asked him to explain the difference between the hundreds of gins that exist on the market, and his own.

Olivier Souvestre confirms that “the base of the gin must be composed of juniper berries, if only so the alcohol can be called gin but that the secret sauce is elsewhere, it resides in the other aromas that are added at the time of distillation”.

Before embarking on the adventure, he spent time in Brittany learning the basics and especially how to manage these famous aromas from an artisanal distillery called the Gulf Distillery, which makes its H2B gin with coastal plants.

Olivier Souvestre opted for two types of production: a London gin with 13 fresh and dry ingredients (citrus peels and almonds from California among others), and production based on 12 ingredients for his Makrut Lime Gin including Makrut lime leaves, lemongrass … We will not reveal his recipe and even less the maceration time of each of the elements …… It took his cooking skills to develop the dosages, not to mention his wife’s demanding palate. 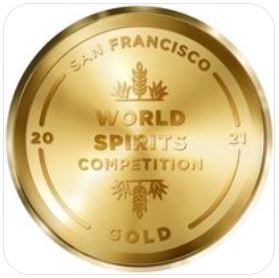 Obviously, he was right about this first production: his vodka and his London dry gin have just won the 2021 gold medal of the San Francisco World Spirits Competition which includes 3800 submissions from around the world! That’s like hitting a “hole in one” the first day to go golfing. A try that turns into a masterstroke.

If you’re over 21 and want to try Alamere spirits, go to their site.

Currently, they exclusively ship to California and only sell direct until they gain access to traditional distribution channels. It’s a safe bet to say that these gold medals will open doors for them.

PS: why the name Alamere? Because the quality of the water that is used to produce the spirits has its importance on the taste of the product, and that Alamere is a magnificent waterfall with pure water on the Point Reyes coast.