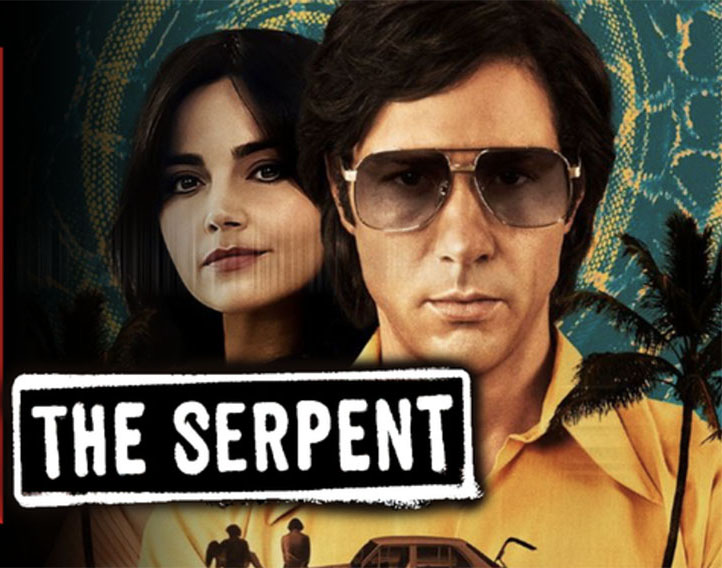 Tahar Rahim plays a famous serial killer from the 70s in the series “The Serpent”, which airs on Netflix. Unveiled by the BBC, the first images revealed a totally transformed French actor.

In the spring of 1975, young Marie-Andrée Leclerc from Quebec met French serial killer Charles Sobhraj, who persuaded her to join him in Thailand the following summer. In love and subjugated by this man with magnetic charm, the character played by Jenna Coleman (Doctor Who) then consents to a few scams before becoming an accomplice in an improbable series of assassinations perpetrated on hikers traveling through Southeast Asia: poisoned, strangled, stabbed and, in some cases, burnt alive.

A kaleidoscope of back and forth between eras, the series patiently unfolds the intrigue, like a tissue paper flower, as well as the thickness of its anti-hero. But it is on the “Serpent” that the BBC and Netflix, co-producers of the 8 episodes have chosen to headline. For many years, the serial killer managed to escape from the hands of international police, escaping from prison and multiplying identities with coarse disguises.

Used to dark but endearing characters (“A Prophet”, “Le Passé”, “The Eddy”, Le Mauritanian), Tahar Rahim began an extraordinary physical transformation for the needs of the role: self-tanner, depilatory wax, or even facial prostheses to better embody old Charles Sobhraj. “Usually I start to build a character from the inside out, I try to find psychological bridges between him and me, but here there was nothing. He’s a lunatic, a murderer, a manipulator.  He’s exactly what you don’t want to be” he said to The Guardian, the French actor, who also stars in ” The Mauritanian “, alongside Jodie Foster and Benedict Cumberbatch.

Richard Warlow and Toby Finlay’s “The Serpent” was released on Netflix in April 2021.

Should you buy your plane tickets for summer 2021?
Kids Musical in French: La Grande Cuisine du Petit Leon
Finances - Investing in Bearish Market
DJs set with ARTBAT + Worakls at the SF Mint
Finances – In 2021, maximize your 401K
MyFrenchFilmFestival.com is back! (French-language movies with subtitles)