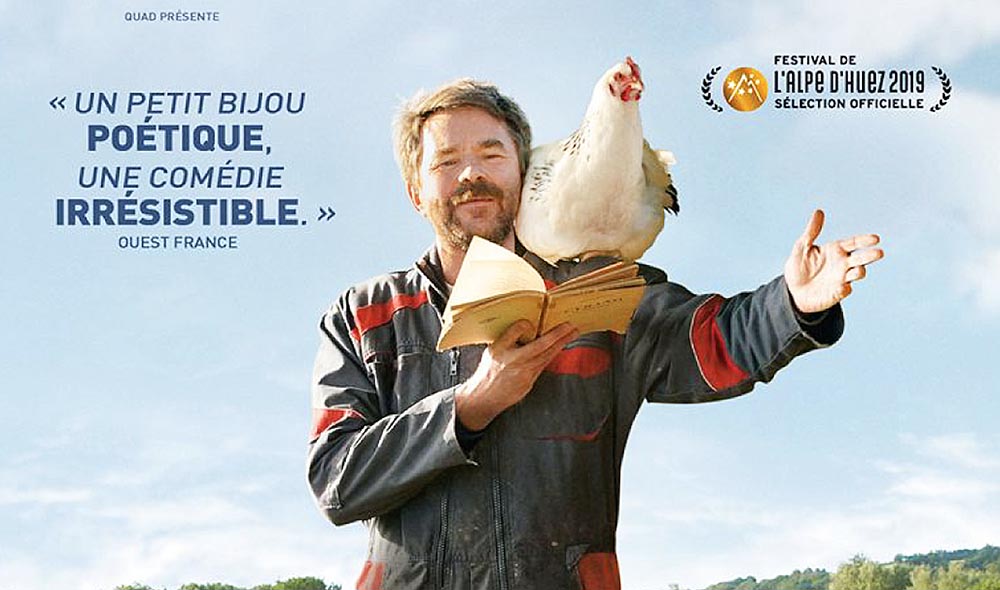 The Sonoma International Film Festival presents a French movie to watch in streaming on Saturday, April 24. Discover Roxane, the story of Raymond, an egg farmer, and Roxane, his protege.

Raymond is an organic chicken breeder in Brittany, France. When threatened with bankruptcy, he thinks of a crazy idea: to make the buzz on the internet by featuring his hens in videos. Secretly passionate about the theater, he tries to save his farm and his family life by being inspired by Cyrano de Bergerac with his favorite actress, a hen named Roxane.

Film in French with English subtitles.